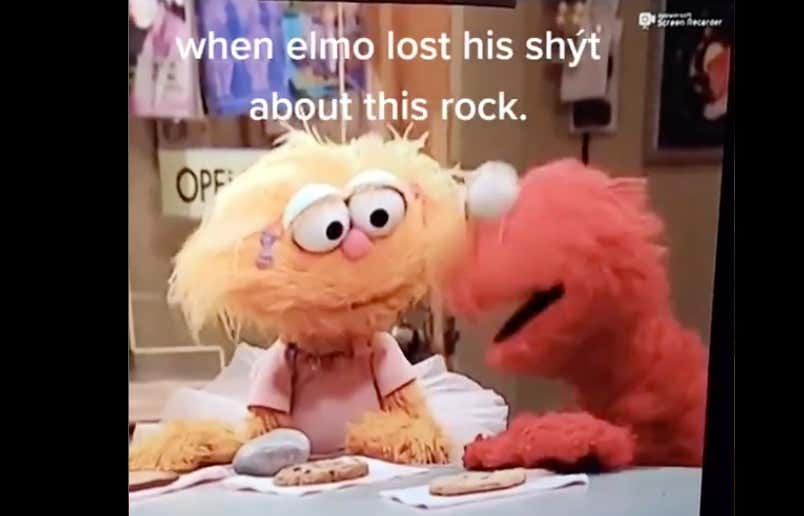 I did not expect to be blogging this today, and usually I don't blog things like this, but this and the corresponding replies on Twitter had me cracking up. Just one of those funny internet things that can strike you at the right time, and this, as the kids say, sent me. It's just Elmo losing his god damn shit at Zoey for trying to give his cookie to a fucking rock.

ROCKO DOESN'T EVEN HAVE A MOUTH! ROCKO'S NOT ALIVE!!!!! I've never seen someone go so hard at someone. I want to sign Elmo up to write Barstool power rankings, he'll have people crying in the bathrooms by 3pm.

As it turns out, Zoey just lives to piss Elmo the fuck off, fucking joke stealing bitch.

Fucking Zoey Mancia over at the Chuckle Hut on Sesame Street, stealing all of Elmo's best bits.

I don't know what kind of friendship Elmo and Zoey have, but Elmo better cut her out before it's too late.