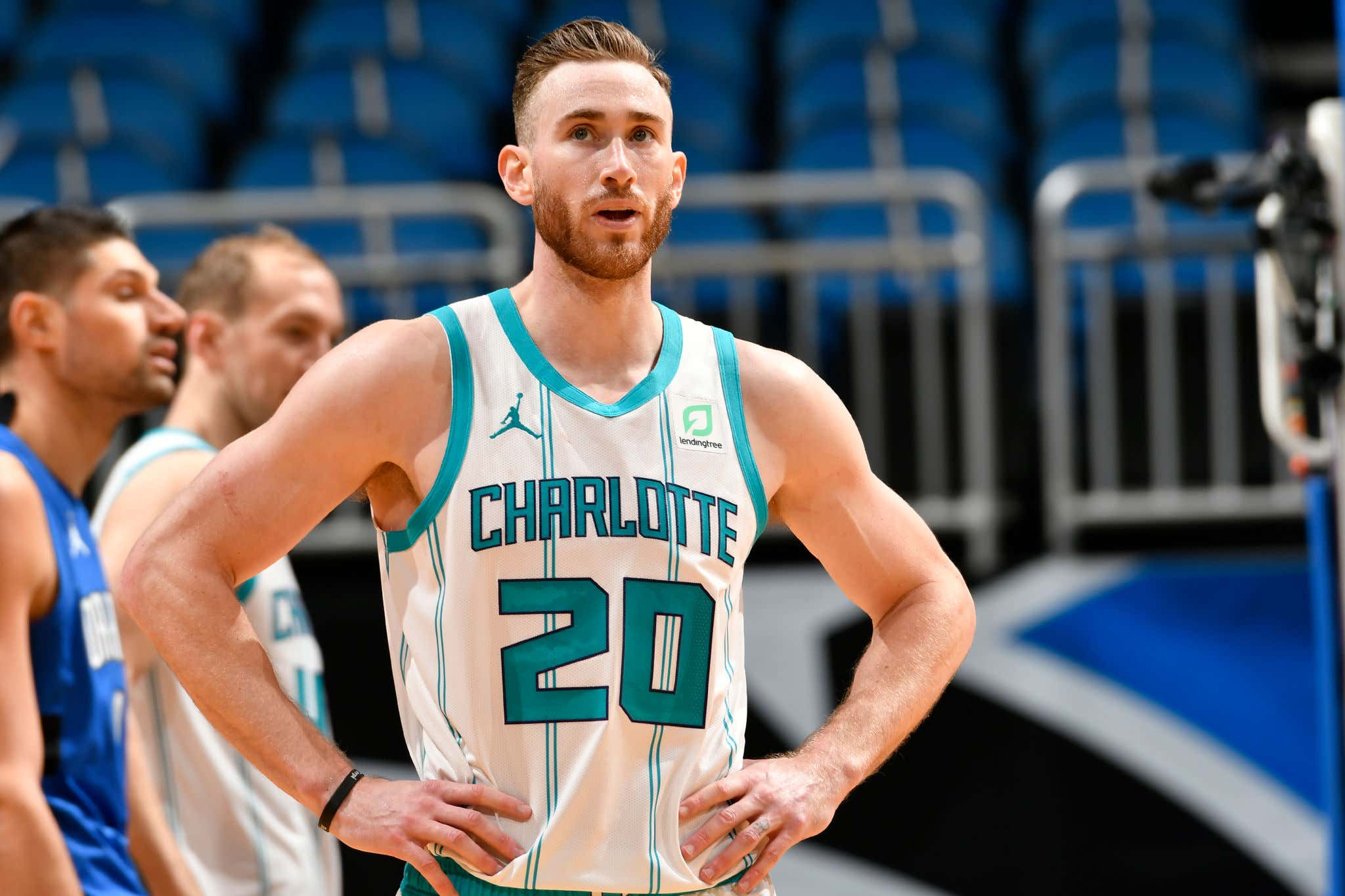 I can admit, I spent way too much time over the last three years arguing with people on the internet that Gordon Hayward was #actuallygood. I was someone that heading into this past offseason had bringing Hayward back on a team friendly deal as my #1 wish. I'll go to my grave believing his skillset was so perfect for this roster when he was healthy.

But even I couldn't justify paying him the contract that the Hornets offered.

Well, Gordon Hayward said he wanted a bigger role and he is shutting up absolutely everyone that questioned that deal. He showed this level in flashes while in Boston. This looks a whole lot like the Hayward we saw before he broke his hand against the Spurs. Part of me is happy for him because at the end of the day he just had some shit luck in Boston, but part of me is sad because this is the version of Hayward I always knew existed and I look at the Celts roster right now and wing depth is a GLARING issue.

Now I concede, that had Hayward been on this roster right now, we probably don't see Jaylen Brown blossom like he has, and everyone knows that is way more important. It's a situation where both sides are happy. Boston has trade flexibility and is watching a franchise cornerstone blossom into a monster in his bigger role, and the Hornets are happy because Gordon Hayward is playing at an All NBA level to start the year. That's not hyperbole either.

His 17 FGA are the most he's ever taken in his career, including UTA, and he's turned himself into a 50/40/90 guy. He's been terrific, there's really no other way to describe it and the Hornets are hanging around the play in game seeding. That's much better than most thought to start the year.

Breakups are weird. They aren't all created equal. When Al Horford left, there really wasn't ill will, at least for me. The Sixers were willing to pay that man a fuck ton of money that nobody wanted the Celts to match. It was annoying that he went to a team within their division because he thought they had a better chance to win, and that's why the sweep last year was so sweet.

When Kyrie left, obviously there wasn't the same reaction. Part of that might be because of what he said, for me it was all about him quitting in the MIL series. Even though he too was going to another team in the Celtics division, the situation felt different.

Then there's Hayward. This was more of the Horford situation. Even though he made it very clear he had no interest in coming back, you could understand why. He needed a fresh start. Also, $120M is no joke. You have to remember what the plan was when Hayward first got to Boston and how things drastically changed since his injury. His role changed, whether he liked it or not. But what I always respected about Hayward was he never really complained about being the fourth option, at least publically. Once he was fully healthy last year you could see how valuable he was, which is why his leaving kinda hurts.

When you go through the injuries that he went through and setback after setback of these freak injuries as soon as he was starting to play well, it's hard not to root for the guy even if he's rocking a Hornets jersey. I respect the fact that he came out and said he's still in his prime and has a lot left in the tank and then came out and is having the best season of his career. Do I wish the Celts got this version of Hayward for a full season? Of course.

But at the end of the day, as someone who enjoys watching Hayward play, I couldn't be happier that he's truly back to his old form. I still have no interest in the Celts paying that $120M, but credit where credit is due. Hayward has been absolutely fantastic and looks every bit the #1 option the Hornets need him to be.