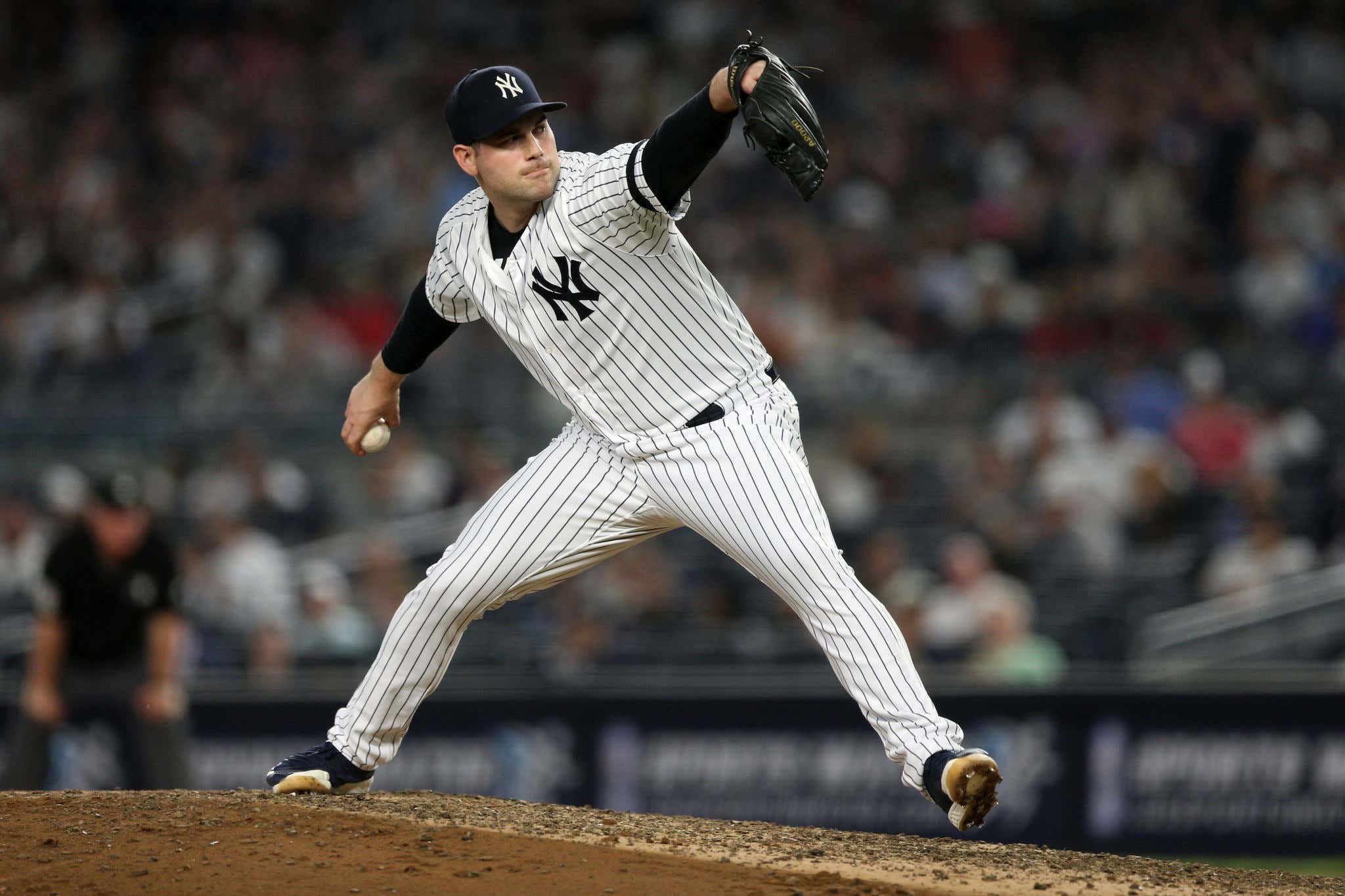 Well goddamn I did not see that one coming. It's been no secret that if the Yankees were to find another card to play in the 2021 offseason it would have to follow an Adam Ottavino trade. Somehow, some way Brian Cashman found himself a trade partner and didn't give a damn who it was. Enter the Boston Red Sox. Thanks guys! The Sox had no problems taking on Otto's remaining $8 million in exchange for a sweenter, the Yankees number 24 ranked prospect Frank German.

Honestly, I'm a little weirded out by how okay I am with this trade. The Adam Ottavino experience was one that needed to come to an end in the Bronx. 2020 was a disaster and his postseason struggles in both seasons in pinstripes were catastrophic to say the least. I really enjoyed Ottavino as a person and whenever he popped on the show he was brutally honest about his struggles or anything else going on. That being said, it was time to part ways. Seeing him in Boston will be bizarre and uncomfortable no doubt The dude grew up a Yankees fan hating the Sox, but of course that all gets pushed aside when it comes to playing Major League Baseball. He was one of the best relievers in baseball in 2019, he's not a bum. I'm sure he'll have moments this upcoming season where he looks dominant, striking out Judge, Gary, and Giancarlo on wiffle ball sliders, but it just wasn't going to fix itself in New York. Could I see him bounce back in 2021 after 18 bad innings in 2020? Of course, but moving that salary was more important than waiting to find out.

So what does this do for the Yankees? It frees up a 40 man roster spot, along with $8 million dollars. It allows Brian Cashman another move this offseason to add an impact player and still be able to stay under the $210 million luxury tax number. Now who is that player going to be? What is the next move, because there is definitely one coming.

I really fucking hope it's not Brett Gardner. If we're doing all this to bring back Gardy as our 4th outfielder who will at some point give Clint some kind of push for the starting job only to frustrate the fanbase then I'm not going to be happy. Listen, I love what that bald motherfucker has given this team, but enough is enough. Cash has done a nice job piecing together this rotation and making it respectable. Now revamp the bullpen. Anyone who thinks Tanaka is the move is mistaken unless he's coming back down $10 million from his asking price which I don't see. Go get a pen arm or two to help out Green, Britt, and Chapman in the later innings. A guy I really have my eyes on is Alex Colome. Some want Trevor Rosenthal. Obviously Rosenthal is the cheaper option of the two, but Colome has me very interested. Dude was lights out for the White Sox this year, but was moved on from after the Liam Hendriks signing. Get me that guy. Honestly fuck it, go get both!