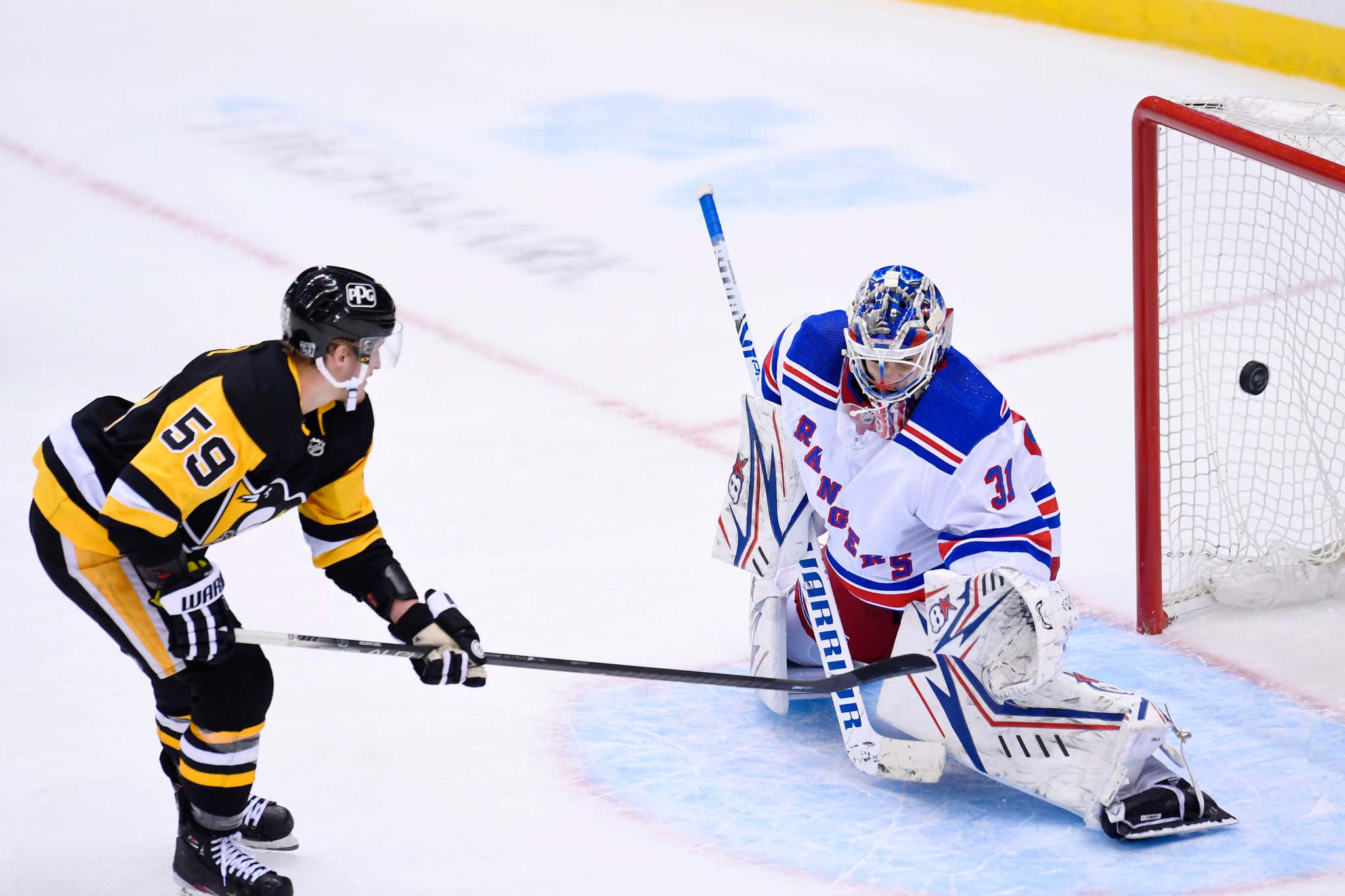 I know this is gonna sound like the homer thing to say but the Rangers 1-3-1 start hasn't been all that bad. Outside of a throttling they took to open the season, they've carried most of the play in every loss since - first squandering a 50-shot performance against the Devils before coughing up consecutive third period leads in Pittsburgh. The Blueshirts have been among the top-10 possession teams in the league which is a far cry from recent campaigns and, despite the Jack Johnson experiment we all saw failing as soon as the signing was announced, have managed to keep the workload on their goaltenders way down from the usual "under siege" we're used to seeing. While there are certainly other issues this squad needs to figure out real quick (special teams and a non-existent top line) the one area fans weren't sweating was between the pipes. Not with a healthy Igor Shesterkin.

Well the Lundqvist heir has been among the top disappointments early on. In 13 starts last year, the only time Igor posted a sub-.900 performance was his first game returning from broken ribs. In his first three starts this season he's yet to stop 90% one time. Last night's loss to the Penguins can be hung directly on his shoulders. Facing only four third period shots while protecting a 3-2 lead, Shesty let two beat him. One from a terrible angle along the far boards where he inexplicably dropped, giving up the top of the net when simply standing against his post would've had 100% of pucks thrown from that area bounce right off him. The game winner, with just 1:31 left on the clock, was a one-timer from the top of the circle that Guentzel fired directly at Igor yet somehow squeaked through his legs & in. Let one beat you, fine. Shit happens. But you simply cannot get beat by both.

And that's the strange thing about Shesterkin's early season woes. Among 37 goalies with at least 100 minutes he ranks 24th in 5x5 save percentage, yet he's 9th against high-danger shots. When he shouldn't make the save, he does. It's medium and low-danger opportunities that are doing the damage (he ranks 31st and 32nd, respectively). The average goal distance against him is third-furthest - he's getting beat from way downtown. All of this has him sitting 26th of 37 in goals saved above average per-60, a category where he was among the league's elite when he burst on the scene last year. Now, when all the Rangers have needed was an "average" goalie, Shesty has failed to deliver even that.

Am I worried? No. Concerned? Maybe a little. Again, the team in front of him hasn't been perfect but they've certainly played well enough to have racked up another W or two. Playoffs were an uphill battle this year regardless, but if the Blueshirts plan on putting up a fight then they're gonna need the preseason Calder favorite to find his groove real quick. With 51 games left these next two tilts in Buffalo are a pair any 1-3-1 squad in the league's toughest division simply can't lose. Georgiev will get the nod tomorrow, but will the real Igor Shesterkin please stand up? Thanks.