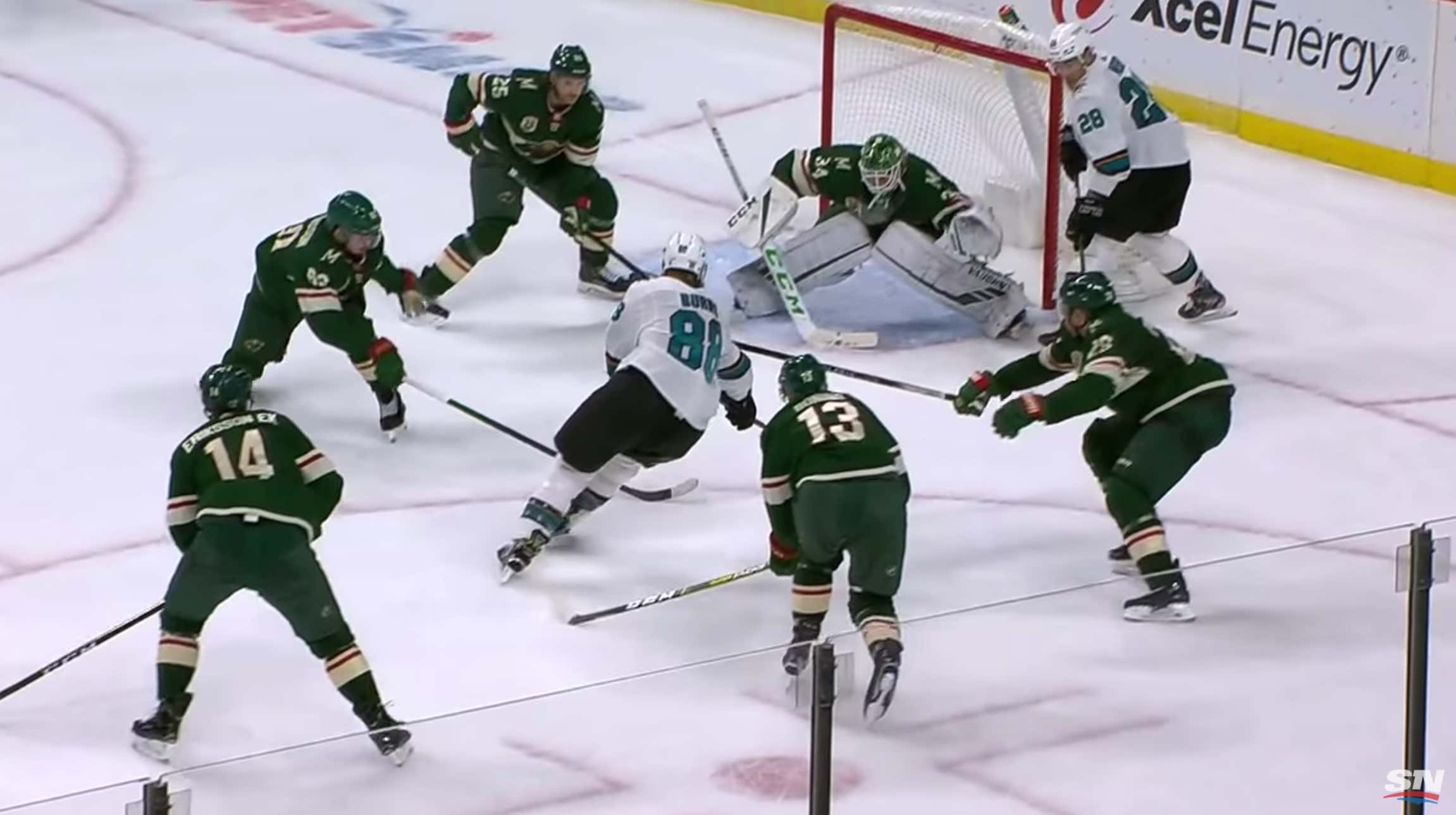 All 6 players for the Wild had a chance at stopping Burnzie here. But this majestic stallion looks like he has a force shield around him or something. Either he's playing with an illegal force shield or the Wild are all playing way too soft and just swinging their sticks around instead of trying to take the body. But if I had the options of either getting posterized by Brent Burns dangling through my whole squad or getting run over by the guy, I'm saying fire up that highlight reel. You want to get in the way of a beast who is fueled by some of the silkiest meat in the game?

Didn't think so, pal. Burnzie is strictly chowing on some wagyu. I bet poor Ian Cole is over there eating choice or select. He never had a chance.

Also, how about the announcer here putting Burns' defense on blast here? "This is what Brent Burns can do. He's not great defensively, loves to score". Uhhhhh I'm sorry but could you repeat that a little louder next time? I couldn't hear you over the sound of this Norris Trophy, which is awarded annually to the NHL's best defenseman. 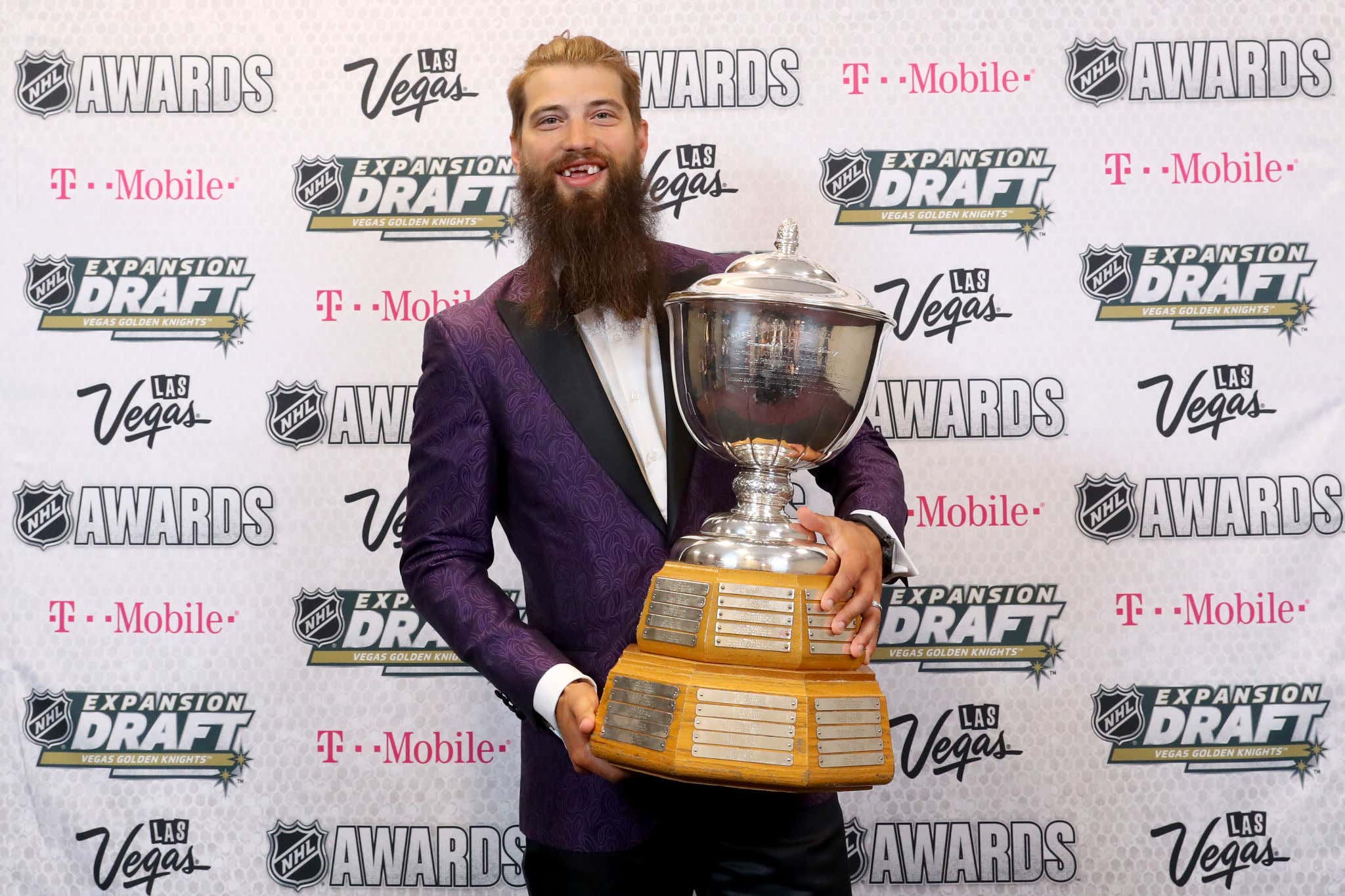 Sure, the Selke Trophy is more of a defensive award these days since the Norris generally just goes to the best offensive defenseman in the league. But still. A Norris is a Norris. And lest you forget that Brent Burns was originally drafted by that very same Minnesota Wild team as a forward back in 2003. So pipe down up in the broadcast booth.