I love shit like this. It also makes me feel old as hell, because Ovi isn't even *that* old, he's only 35! And now he has kids who dressed up as him for Halloween playing alongside him. Ok fine, we're old. But that doesn't change the fact that it's cool as hell. Connor McMichael was born in 2001. That's a real thing. 2001! To put that in perspective, Zdeno Chara started his NHL career in 1997 and didn't join the Bruins until 2006...and he played 14 seasons in Boston. And now they are teammates.

I'm hoping McMichael sticks in the lineup even when the Russians are back from the Covid timeout. I don't want to start ranting and raving about how ridiculous it is that Ovi is being forced to sit out 4 games, but rules are rules so whatever. But McMichael looked solid in his debut, and was a burst of youth and speed that this team needed. They had him playing wing even though he's a natural center, probably to protect him from defensive liabilities as he adjusts to the speed of the game. But overall I was satisfied and impressed with his game, and hope he's not sent back down to the Taxi Squad. 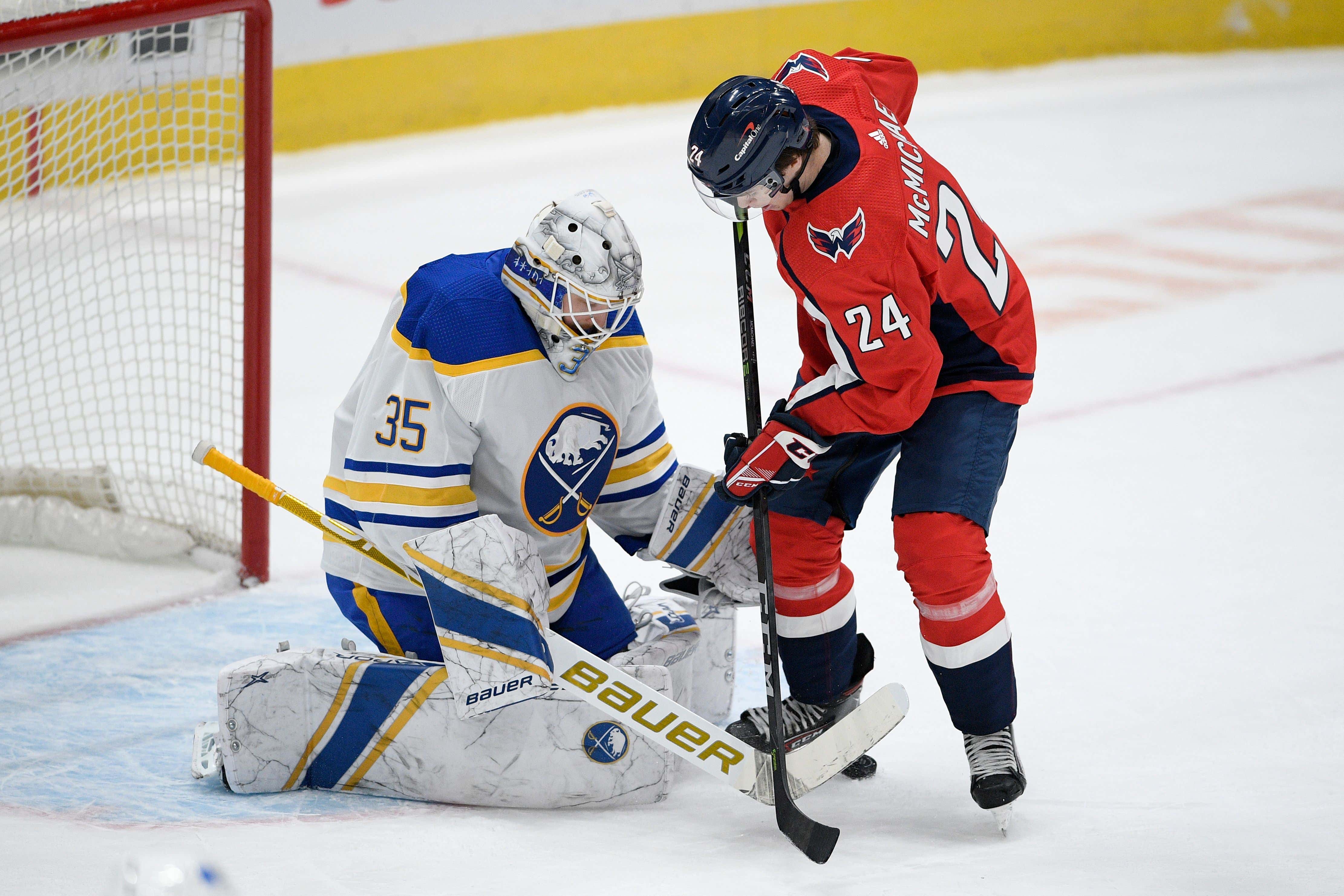 As for the Caps as a whole, solid start to the season, going 3-0-3 through 6 games. No regulation losses after over 10% of the season, I'll take that any day. Some shaky defense and still need to get more solid in net, but we've gotten production from all 4 lines and still got 3/4 points in the two games without the Russians, so nothing really to complain about.

Also, to that note, we're over 10% done the season already. This thing is FLYING. So far, so good. Still feel good about it being Our Year. Get well soon Stanley Cup champion Tom Wilson.