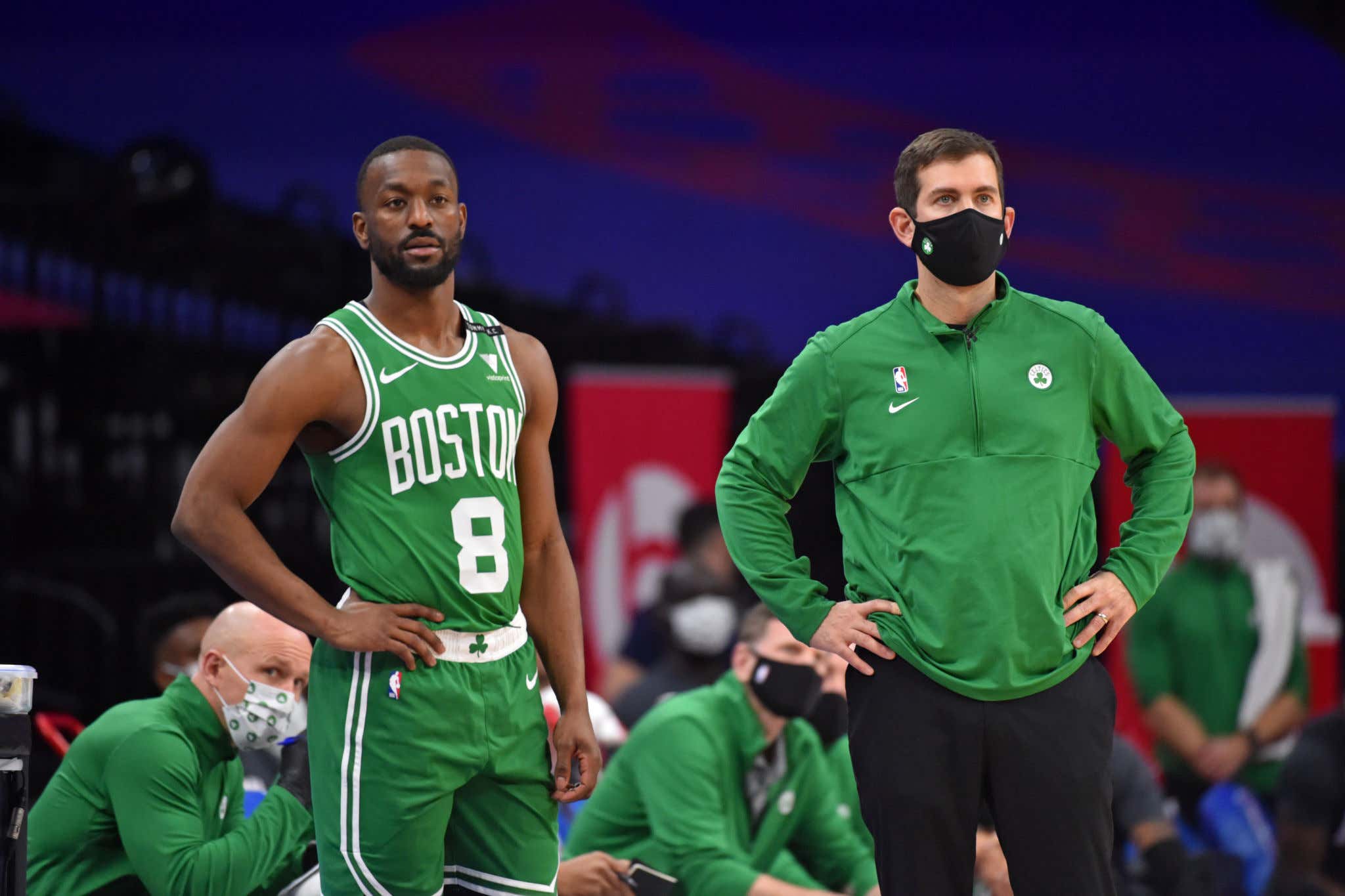 Ever since the Celts turned in one of their worst quarters of the season in the fourth quarter the other night against the Sixers, I've been thinking nonstop about why the hell this team looks so bad at the end of games. This is a trend we've seen date back to last season and frankly it's one of the most bizarre bad habits this team has. Just finish a game strong, not sure why that's so difficult but I couldn't stop thinking about it. Yes, this is just another aspect of my mental illness when it comes to this team as I spend way too much time thinking about shit that I guarantee nobody else even considers thinking about, but that's what my life is. Always has been and always will be.

So what did I do? I spent way too much time looking into things and this is what I found. First, let's set the stage with just had bad the Celts are at the end of games this season. The second the clock shifts to the fourth quarter it's as if this team turns from cinderella back into a pumpkin. I'll warn you, this shit isn't pretty.

At what point do we stop saying "small sample" and admit that there sneaky is an end of game problem with this team? Is it all due to the fact that guys are out? I feel like that's a bit of a cop out. Don't excuse their poor execution down the stretch just because someone might be out. They have enough talent to actually show up in the final 12 minutes, so I'm rejecting that rationale.

To put it simply, everything we see this team do when they play well goes right out the window once they get to the fourth quarter. Just look at most of their losses this season. First, there was the 18 point fourth quarter against the Nets in that blowout loss. Then there was the brutal 20 point fourth against the Pistons where they shot 31/21% and lost by 3. Then you have their recent game against the Sixers where they looked good all night until the fourth where they not only couldn't hit a shot but also had nearly the same amount of TOs as FGM. For whatever reason, this team has a tough time closing. I don't even need to bring up the bubble, we all remember.

So what gives? Well for starters, think of what this team looks like when it struggles. The ball doesn't move, isolation homerun basketball becomes the norm, and things start to get out of hand. Would it surprise you if I told you the Celtics have the worst AST% in the fourth quarter in the entire league at just 46.6%? 30th in the league. On the flip side, their 16.2 TO% is the 8th highest. Now I want to be careful here, because some of the turnover issues in these fourth quarters are because of these new rotations and guys not being familiar with each other. Like this play from Kemba

That's just a miscommunication with Semi, but the idea of a high P&R with Kemba is a set this team should be running in the fourth quarter. I'm not really talking about these plays. What I care more about is how we repeatedly see guys simply forget how to play basketball in the fourth with bizarre careless turnovers. Guys forget how to dribble or where the sideline is all the damn time

Those are the "bad luck" plays that you have to just have to eat. There's not really a strategy adjustment other than ya know…holding onto the ball. But what we do see is that there are a lot of times where the Celts spend offensive possessions in isolation only to then turn it over once they get into the paint. This happens a lot with Jaylen/Tatum as they continue to work on their playmaking

You can see these clips come at very big moments in the fourth quarter. The good sign is we see the Jays attack and get to the paint. The bad news is once they get there they have no idea what to do, resulting in another back-breaking turnover. This is where their decision making simply has to be better.

Then I started wondering how their offensive approach might differ as a whole compared to the previous three quarters. Because when you watch them play it does feel like they decide to move away from whatever may have worked previously, only to then play a gross style of basketball that almost never works. So far this season, here are the Celts 4th quarter zone FGA and percentages

So right off the bat, you should see the problem. When you are taking nearly the same amount of above the break threes as you are when it comes to shots in the paint/rim in the fourth, that feels like a problem. Especially when you are shooting that poorly with them. This is what Brad talks about when he says homerun threes. The Celts LOVE to do this shit. Have any sort of lead or find yourself in a close game in the fourth? Time to jack up threes. For whatever reason, this shot is not a strength in the fourth quarter. This is where I have problems with Brad during these 12 minutes. Draw up some shit that has your best players attacking the rim and pray they don't turn it over. The Celtics are shooting 27% in fourth quarter threes, which is good for 29th in the NBA. Time and time again we see a whole lot of standing while someone dribbles and it turns into a contested three/long two. Their 24th ranked 4th quarter defense isn't so much because of who is out there as it is due to their offensive approach in my opinion.

If you look at some of the best teams in the fourth quarter this season, you see much more of an emphasis on getting into the painted area. That's not an accident. It's not a surprise that the Celts are missing threes on one end and then teams are attacking them on the other for higher percentage looks. It just happened in the Philly game.

Then there's the other end of the floor, on the defensive end. Can't close games if you can't get stops and few get fewer fourth quarter stops than your Boston Celtics. They rank 25th in opponents' fourth quarter points at 28.2, are 28th in defending threes (which used to be their biggest strength) both in terms of 3PM and 3P%. They are forcing almost no turnovers, coming in at 24th. Just like we saw the other night, second chance points kill this team, which is why seeing they rank 26th in opponents 2nd chance points in the fourth is no surprise.

So the next piece you need to look at comes down to which lineups are we seeing in the fourth quarter, and there are a few that really stick out.

So why does it always feel like the Celtics can't close? Well, it's a combination of them reverting back to bad habits offensively and moving away from what works, it's being careless with the basketball at crucial times, and there have certainly been rotation questions. I'm not saying there can never be a time where the Celts have a rough stretch in the fourth, but they most certainly should not be the worst in the fucking league on both ends, I don't care who is available. Until they figure out how to not fall into this high isolation, high turnover offensive approach while playing zero defense they are going to continue to struggle to close out games.

Given how tight the East is going to be and how important H2H matchups are, this team needs to find a way to fix this glaring issue, and they need to do it quickly.