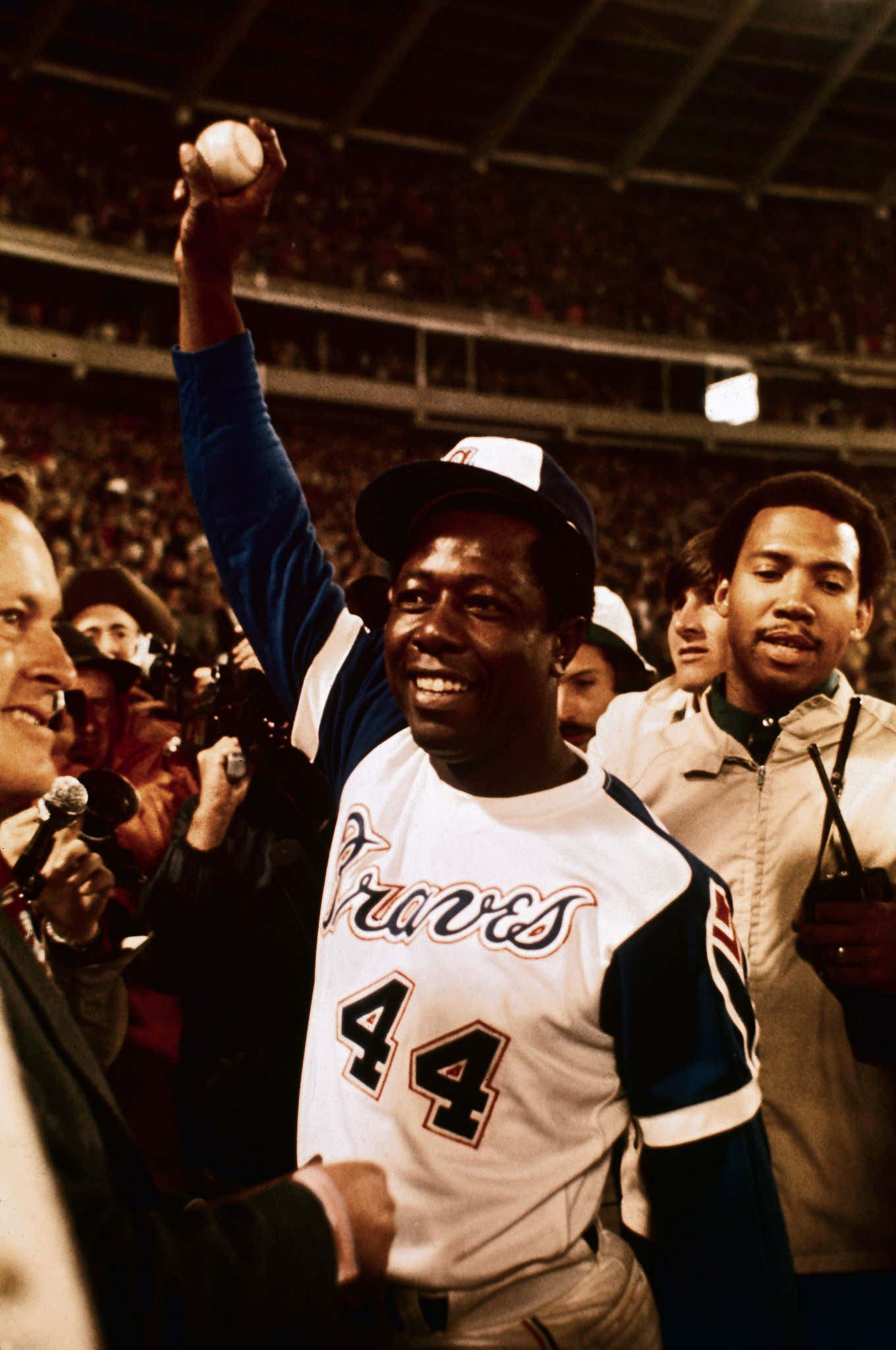 I'm sure there will be a lot of "rest in peace" messages going out today, but I just want to say thank you.

Thank you to Hank Aaron for leaving behind a legacy that every baseball fan can be proud of. Beyond the numbers -- and we'll get to those in a second -- Aaron's character stood above it all. I wasn't around to see Aaron's playing career, but what I was around for was the moment that Barry Bonds broke Hammerin' Hank's all-time home run record. It was a record that many thought would stand forever. While Bonds chased the record, fans in every road ballpark booed the Giants star, held up signs with asterisks and syringes and taunted him at every turn. It felt like, at the time, nobody outside of San Francisco wanted to see Bonds break Aaron's record for very understandable reasons.

It's no secret, either, that the older that baseball players get, the more bitter they get. We see it all the time with outspoken old timers talking about the game and players of today. Because I never got the chance to see him play, what will always stand out to me most about Aaron was that the moment Bonds broke his all-time home run record, a congratulatory video message from the Hall of Famer played on the big screen. Not a single person on earth would've blamed Aaron if he chose to either not acknowledge or even criticize Bonds' place as the new record-holder.

What did this man do instead? He handled it with class, respect, and honor. And that's what you need to know about Hank Aaron.

At the age of 86, the world lost one of the greatest hitters who ever lived. Hank Aaron was a TWENTY-FIVE-TIME All Star. All in consecutive seasons. Think about that. Think about how good you have to be just to be in the big leagues for 20+ years period, never mind being an All Star in every single one of those seasons. It's incredible. People wanna talk about Joe DiMaggio's 56-game hit streak as the baseball record that will never be broken -- nobody is breaking Aaron's record of 25 All Star selections. And just in case you didn't hear me the first time, those All Star selections were all in consecutive seasons.

Fans will always associate Aaron with the home run ball because of his record that stood for 33 years, but the Mobile, Alabama native finished his career with 3,771 hits, good for third on the all-time hit list behind Pete Rose and Ty Cobb. To this day, Aaron has still driven in more runs than any other player in baseball history (2,297), and he's also amassed more total bases than any player ever (6,856). Aaron broke into the big leagues as a 20-year-old pup and didn't hang it up until he was a 42-year-old man. He hit 20 home runs or more in every season that he played except for his rookie season in 1954, and his final two seasons in 1975 and 1976 when he was 41-42. That's insane. Twenty seasons of 20 home runs or more. Fifteen seasons of 30 home runs or more. Eight seasons of 40 home runs or more. Seven hundred and fifty-five career home runs.

That's the one thing that I love about baseball. People remember the numbers. You could ask a sports fan what the all-time records were in other sports and you might get the right answer, you might not. In baseball, people know 56. People know .406. People know 755. One of those aforementioned iconic numbers in sports belongs to Mr. Henry Aaron. But he was always more than just a home run number. He was a great man, who represented a beacon of hope for young black men and women who needed a hero to show them that what seemed impossible for them in his country was no longer impossible. In the face of some of the most trying adversity that a professional athlete will ever have to face, Hank Aaron succeeded. Perhaps what's most important is that the adversity never hardened him. He achieved his success with grace and class, paving the way for those who would come after him.

Again, for that I say thank you. Rest in peace, Legend.