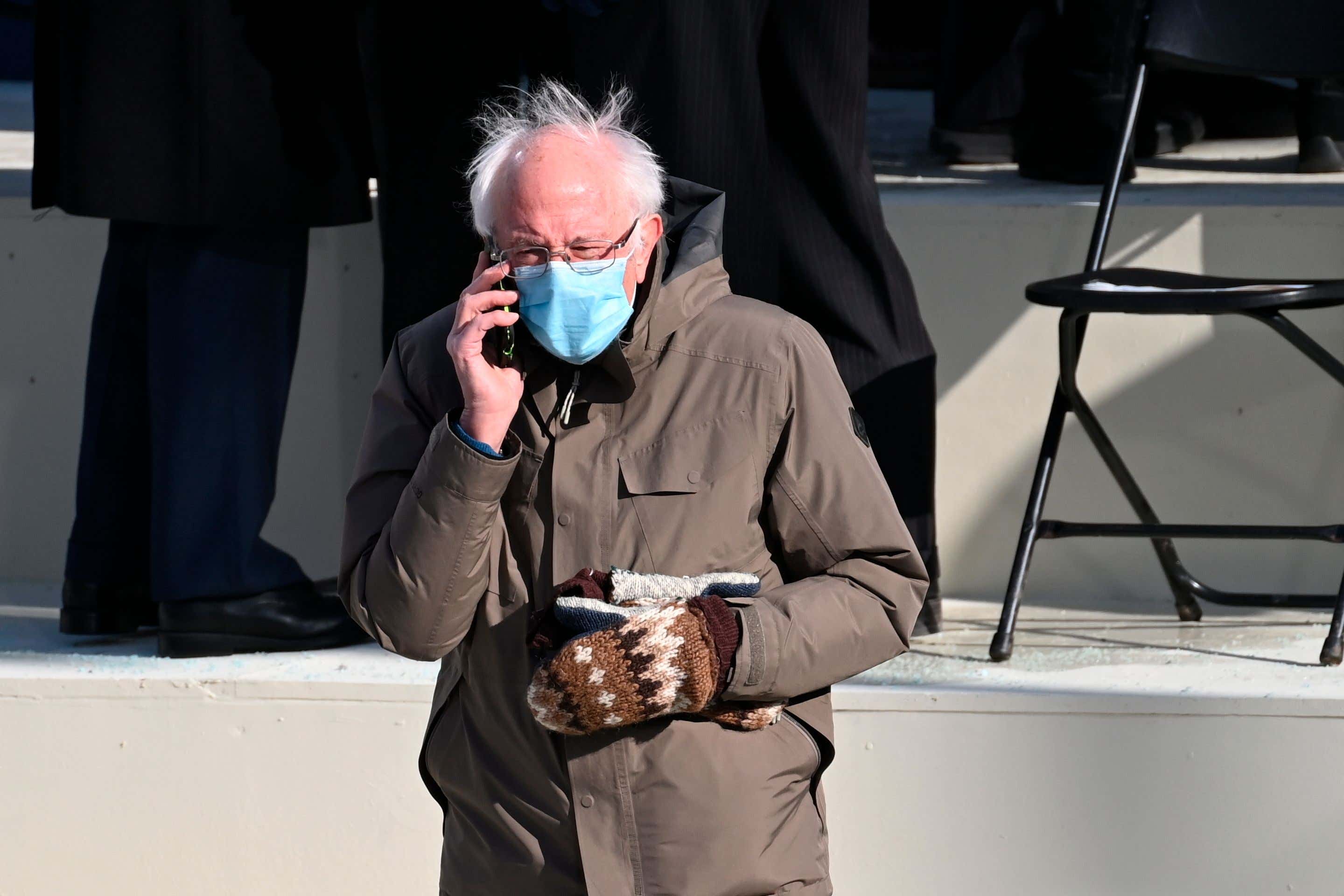 Transition of power can be a strange and difficult process. Even in the most stable political system, in the most prosperous of times. Neither of which applies to the current state of things in the Disunited States of America. Around the world, in the best of situations, there is still uncertainty and rival factions vying for power in the new administration. In the worst of situations, you'll need hip waders to get through all the blood running in the streets. And even, then the Minister of the Interior might steal them from you to keep his uniform clean and throw you in a work camp as a counter-revolutionary subversive.

Which is why we can all consider ourselves fortunate yesterday went off without noticeable hitch, any bloodshed or gunshots. And blessed that Americans from across the political spectrum responded with the one thing we still do better than anyone in any other democracy. We spoke in our last remaining common language.

Memes. Specifically, Bernie Sanders bundled up and wearing giant oven mitt-sized mittens. And it was a celebration of our democracy. If there's a better meme template of any kind in 2021, we are in for a hell of a year. Enjoy.

And a few that are presented in the Red Zone-like four box. Pardon any repeats:

A few that were sent to me so I'm not sure what the source was: 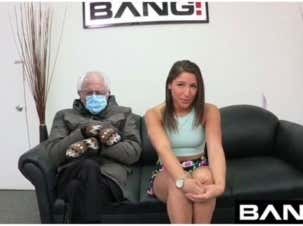 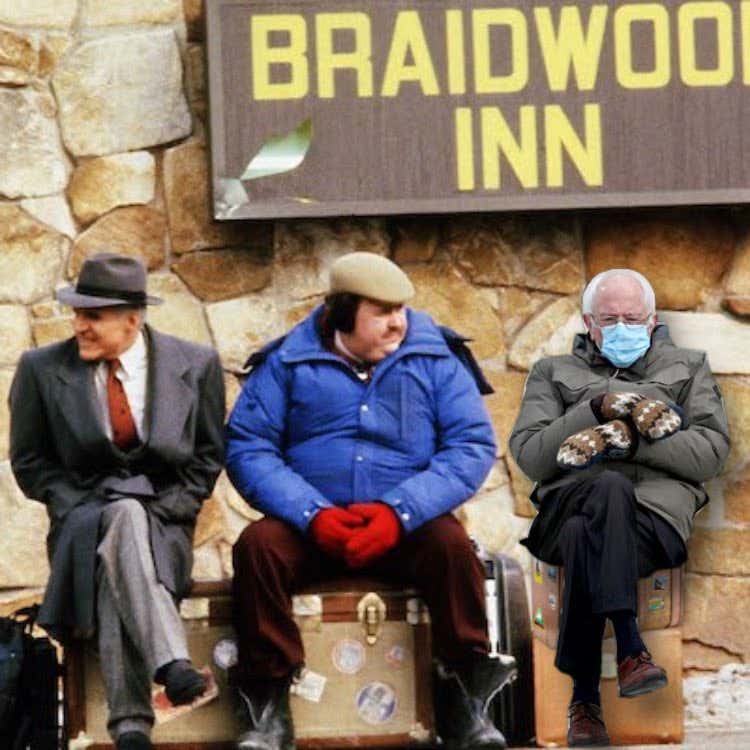 And two that are my personal favorites, though they might have appeal only to Massholes: 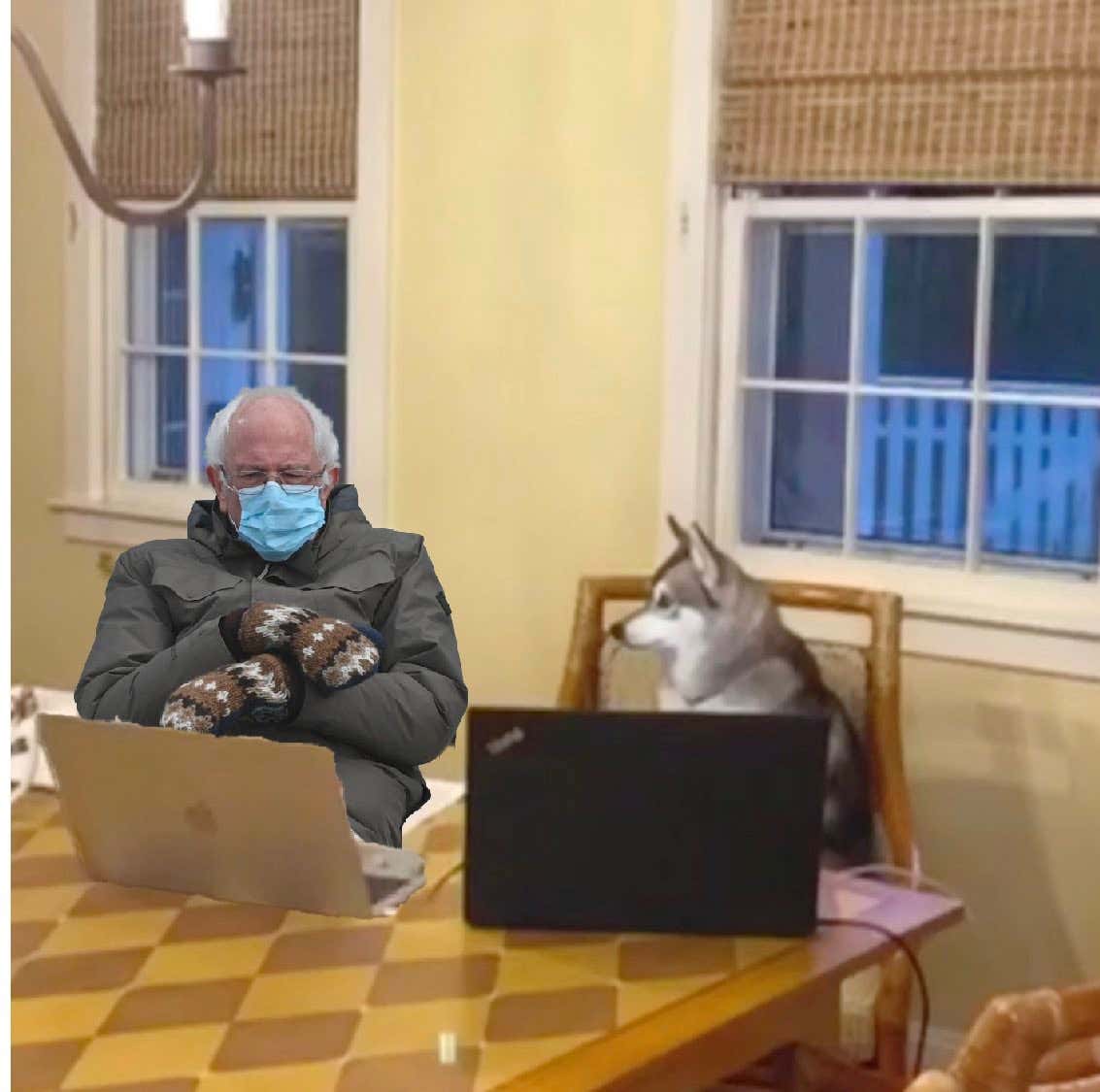 However else you might feel about the changes in Washington, you have to concede that this is the democratic process at its finest.