“The fact that it’s a castle — that is my favorite part — that it is themed after a castle and has a fantasy theme. It is very eccentric,” Malkova, who has 7.4 million followers on Instagram, told The Post. She said the castle will serve as a set for PG-rated geek and gaming content, but “definitely adult [content] will be shot here” too.

The 13,000-square-foot mansion has five bedrooms and five and a half bathrooms, plus classic castle-like features, including turrets, suits of armor and family crests, according to the Realtor.com listing — but that’s only the beginning of its whimsical features.

Mia Malkova is only 28 years old? I feel like she's been in my life forever!

I mean, I can't believe a 13,000 square foot house has more bathrooms than bedrooms! Doesn't that seem strange to anyone else? I get that you want to have toilets in all different parts of your home. But making them full bathrooms with showers instead of half baths seems excessive. Chip and Joanna Gaines would never recommend more baths than beds, ain't that right guys?

Malkova and Tucker hope to make the castle even more eccentric. They plan to spend up to $1 million on a large pirate ship that will peek through the atrium into the backyard over a brand-new grotto pool. 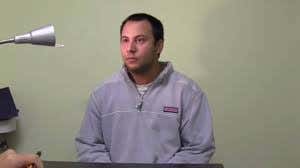