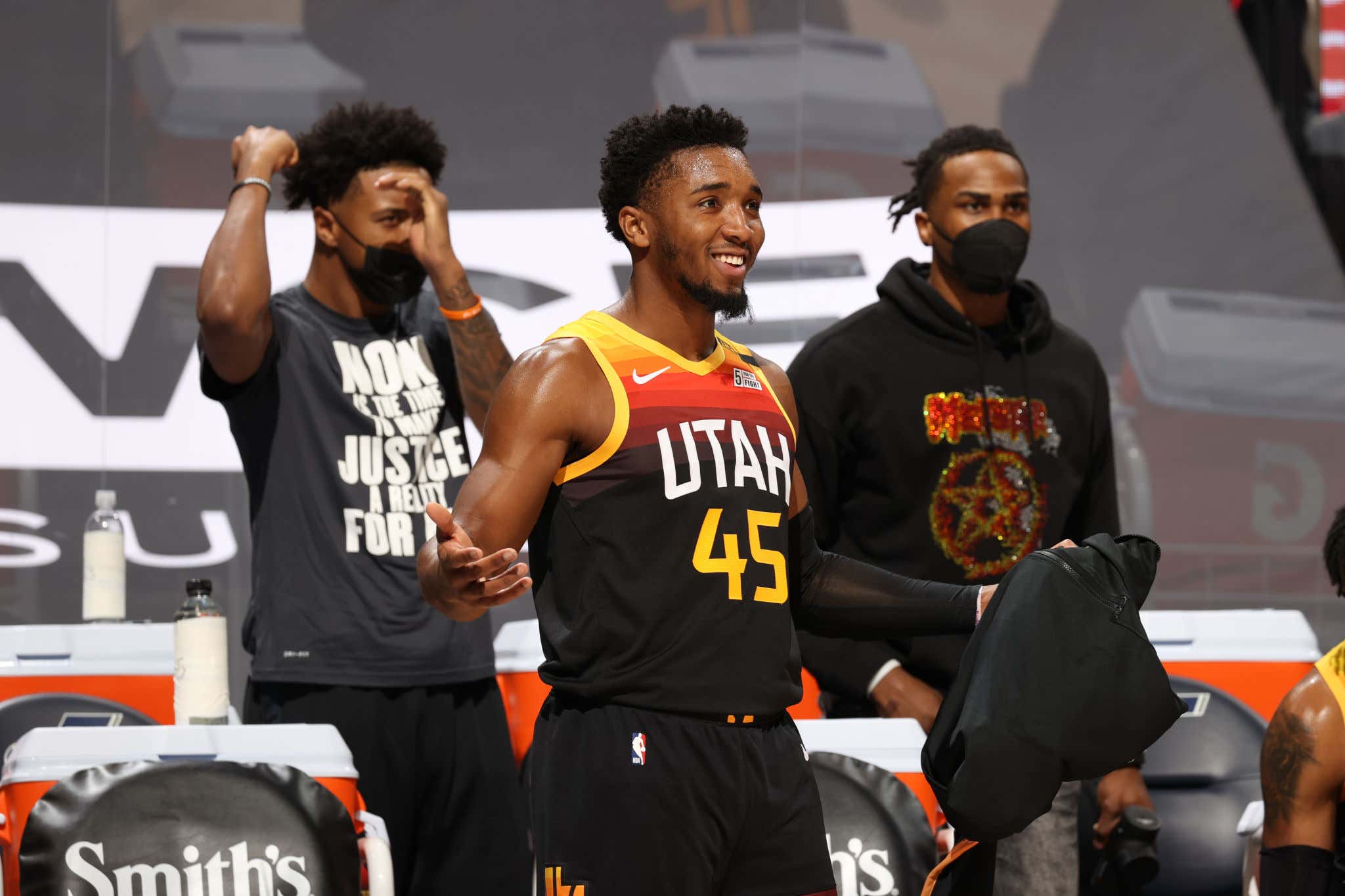 I know my role is primarily to spam this website with Celtics blogs, but I also try and shed some light on things around the league that you might not be aware of or that deserve way more hype. I think it's important for stoolies everywhere to see their favorite team get some shine, especially is a lot of the basketball world is sleeping on their team. Sort of like why I wrote the Collin Sexton blog, the Jokic blog, contrary to what you might think, there are teams that exist outside the MIL/BKN/LAL/LAC's of the world.

Which brings me to the Utah Jazz. How much have you heard about the Jazz so far the season? Outside of Jazz blogs, probably nothing. That's a little weird considering they currently own the longest active winning streak in the NBA (6), are currently 2nd in the Western Conference, are 5-2 against teams .500 or better, and have beaten the Clippers, Bucks, and Nuggets. I don't think it's a stretch to say that if a team like the Pelicans and Zion had that type of resume it would be blasted in your face by ESPN every five seconds.  I also don't think it's a stretch that a majority of the people that clicked on this blog had no idea the Jazz were even doing that shit. But this is sort of what happens with UTA. They are the ultimate fly under the radar team that's always good and you never hear about it.

Aside from their record, the Jazz are 8th in offense, 6th in defense, and 4th in overall net rating. The teams around them like LAL/MIL/LAL/LAC/BKN are all hyped up everywhere you look. When is the last time you heard the Jazz referred to as a Finals contender? Even if you aren't someone that believes they could actually make that run, they've played well enough to start the season to warrant way more respect than I'm seeing them get, and since I have a platform I want to give any Jazz stoolies out there their moment.

One of the biggest reasons for their great start has to be the fact that Mike Conley has returned to being the Mike Conley that actually knows how to play basketball. His first season in UTA last year was a bit of a disaster. Guy couldn't shoot to save his life. This year? A solid 16/4/6 on 44/41% splits with 2.8 3PM a night.

Having a solid Mike Conley next to Donovan Mitchell is a big deal. Teams can't overhelp on Mitchell if they need to worry about an efficient Mike Conley. He showed signs of this in the bubble and it looks like he's finally comfortable in this UTA sytem. Conley might not be an All Star, but he's a very important piece to what the Jazz want to do, so getting this version of him is a big deal.

The same is true for Jordan Clarkson. We've never seen Clarkson look this good at any point of his career. He's a legit 6MOY candidate. His 17/4/2 on 49/43% splits with 3.1 3PM is a big reason why the Jazz have the 4th highest scoring bench in the NBA.

He's another guy that showed flashes once he got traded from CLE, but this is what it looks like when a guy is in the perfect role/system for his skillset. The Jazz want him to come in and be that go to scoring option, and he's thrived in that role since the second he showed up.

What's important to realize is that the Jazz are playing this well all while their #2 scoring option in Bojan Bogdanovic hasn't really shown up yet. Just 13 points a night on 38/38% splits, down from 20 points on 44/41% last year. In most cases when your second leading scorer has that type of dip, it's usually a big time problem. But given how well the depth around Mitchell/Bojan have played it looks like the Jazz are more prepared to handle any sort of dip.

Remember, Donovan Mitchell did not start out the year well. He was shooting just 34/29% in the first few weeks of the season. But since the calendar turned to January? He's right back to his All Star level of 24/4/5 on 46/42%

People sometimes forget that the Jazz had a top 9 offense last season and that was with guys not really playing up to their potential. That's why it shouldn't be a surprise to anyone that they are once again around that ranking. It's not a fluke, you just never heard about it. Then you add in someone like Gobert who might be overpaid but is still legit as hell as a defensive center, and there is a lot to like about this year's version of the Jazz.

At times last year, we thought that maybe they were going to have to blow up the Gobert/Mitchell duo. The Gobert extension was a little outrageous, but hey it's clearly working. They were a Mike Conley prayer away from knocking off the Nuggets, a team that many consider a contender this year.

We can also tell the truth when it comes to the Jazz. To be taken seriously, they need to get out of the first round. Winning close to 50 games and then not advancing past the first round is a tough look. Just ask the Sixers and their fans. Nobody takes you seriously until you can show some actual growth in the postseason.

But there's time for that. That doesn't mean that everything you see in the regular season in meaningless, and seeing as how they are currently the hottest team in the NBA right now I think they deserve some love. It may not hold up, they may once again get bounced early, but the West is so wide open right now outside of the Lakers that who says they can't lock up a top 3 seed?

So while it may not matter to anyone outside of Jazz fans, I see what the team is doing and I find it very impressive. I don't know too many people that had them ever reaching the 2nd seed in the West and beating the teams they've beat in order to get there. Now the hard part comes in terms of backing up their great start, but it certainly won't be a shock to me if they do.