[Source] - A couple is being accused of performing sex acts on the Myrtle Beach Skywheel after police said they discovered videos on an adult website, according to incident reports.

Investigators with the Myrtle Beach Police Dept. (MBPD) said they are looking into an incident of indecent exposure that occurred on 1110 North Ocean Boulevard, which is the location of the Myrtle Beach Skywheel.

Investigators said Eric Charles Harmon, 36, of Surfside Beach, and Lori Marie Harmon, 36, of Lexington, were arrested on Jan. 16 after a video found by police showed them performing sex acts inside a glass gondola within view of the public.

Just picture it. It's a cozy winter day in Myrtle Beach with a light breeze. You're hanging out with your significant other and then you see it. How could you miss it? It's apparently the biggest turnon in Myrtle Beach. The Sky Wheel 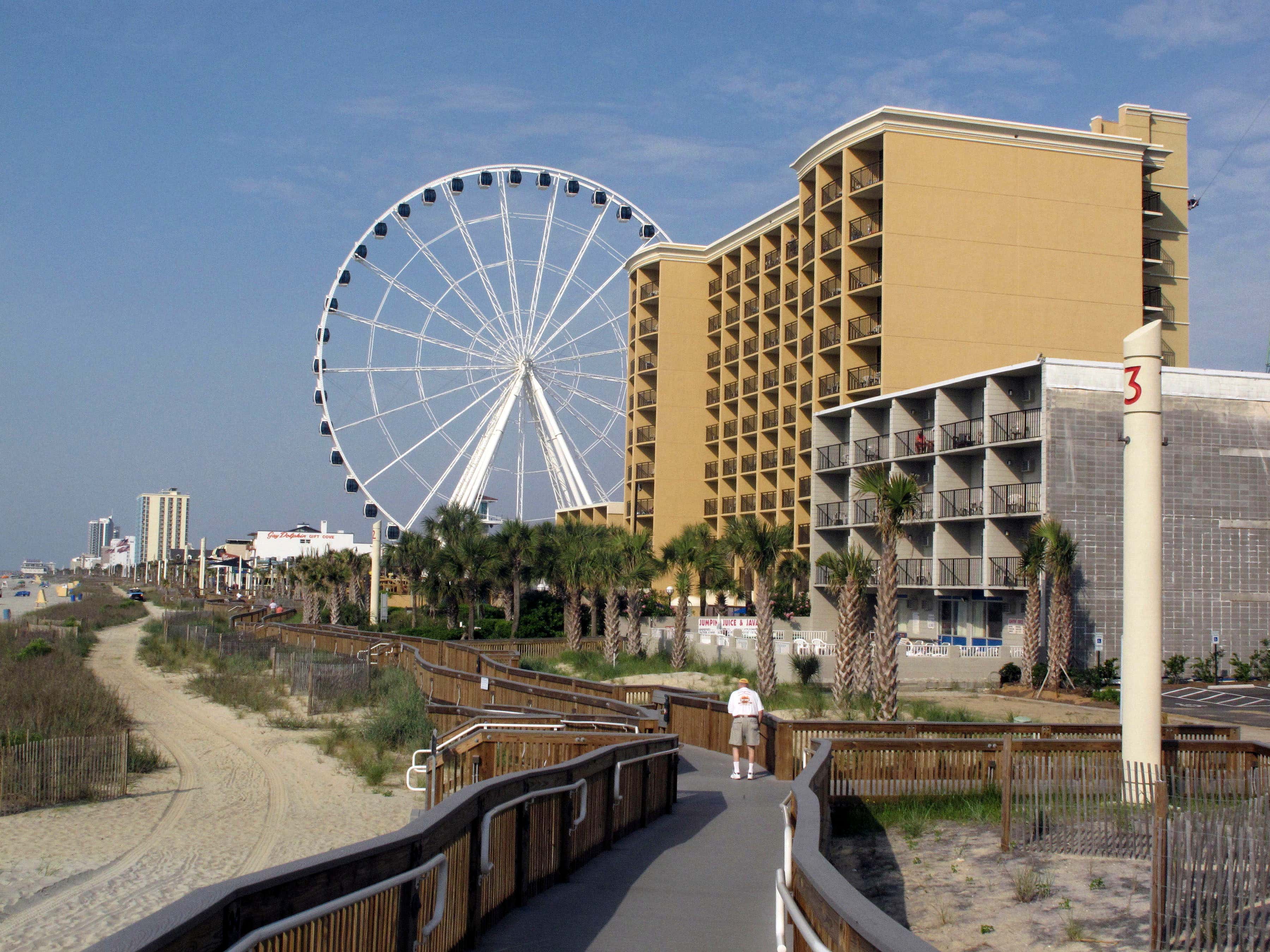 Those glass gondolas are just calling your name. You take a seat and the moment you start going in the air you just ravish each other. But wait! You have phones. Time to break out the camera! Gotta preserve that memory by posting the video on something like PornHub. That's how the mood hits. Myrtle Beach might just be the most romantic place in the world. The sand, the cliche restaurants and mini golf. How could you not just want to get on top of each other in a glass gondola? How can you not want to just rip each other’s clothes off? At this time you just need it. You’re overlooking the city and the only thing you can think of is banging in that cart.

Call me crazy or old but why not just go to one of those hundreds of hotels around? Seems like a logical way to not get, you know, arrested. Hotel sex is awesome anyways. It's always an added thing when you get to get your rocks off in a hotel. Go crazy in the room, maybe get close to the window if that's your thrill.

The fact that this didn't happen in Myrtle Beach first is the biggest shock of this thing. Feel like we should hear this story at least once a year, maybe without posting the videos, but at least people getting arrested for this. It's Myrtle Beach! Feel like you're either golfing and drinking or getting into shenanigans and drinking. Again, just get a hotel room. Not the pool like these freaks, the actual room.