[Post] - “Whoever was in charge of drafting Quickley needs to have an article dedicated to him,’’ Van Gundy said, as the Knicks sit in sixth place in the Eastern Conference. “This was a guy looked at as a second-round pick. Someone went to bat for this guy and wanted this guy. He gives them real hope from an offensive standpoint.

“He knows how to draw fouls. He can shoot. He plays with great enthusiasm and energy. That’s a Charlie Ward-type pick to me. A guy who was drafted low, but can be a good player over a long period — most likely a starter at some part of his career. It’s a great draft pick.”

I'm not going to lie reading this has me rock hard on a Wednesday morning. Mix in a little Charlie Ward memories and pray for my pants. I may have been the only one to lose my shit on the positive side when the Knicks drafted Immanuel Quickley - people don't forget: 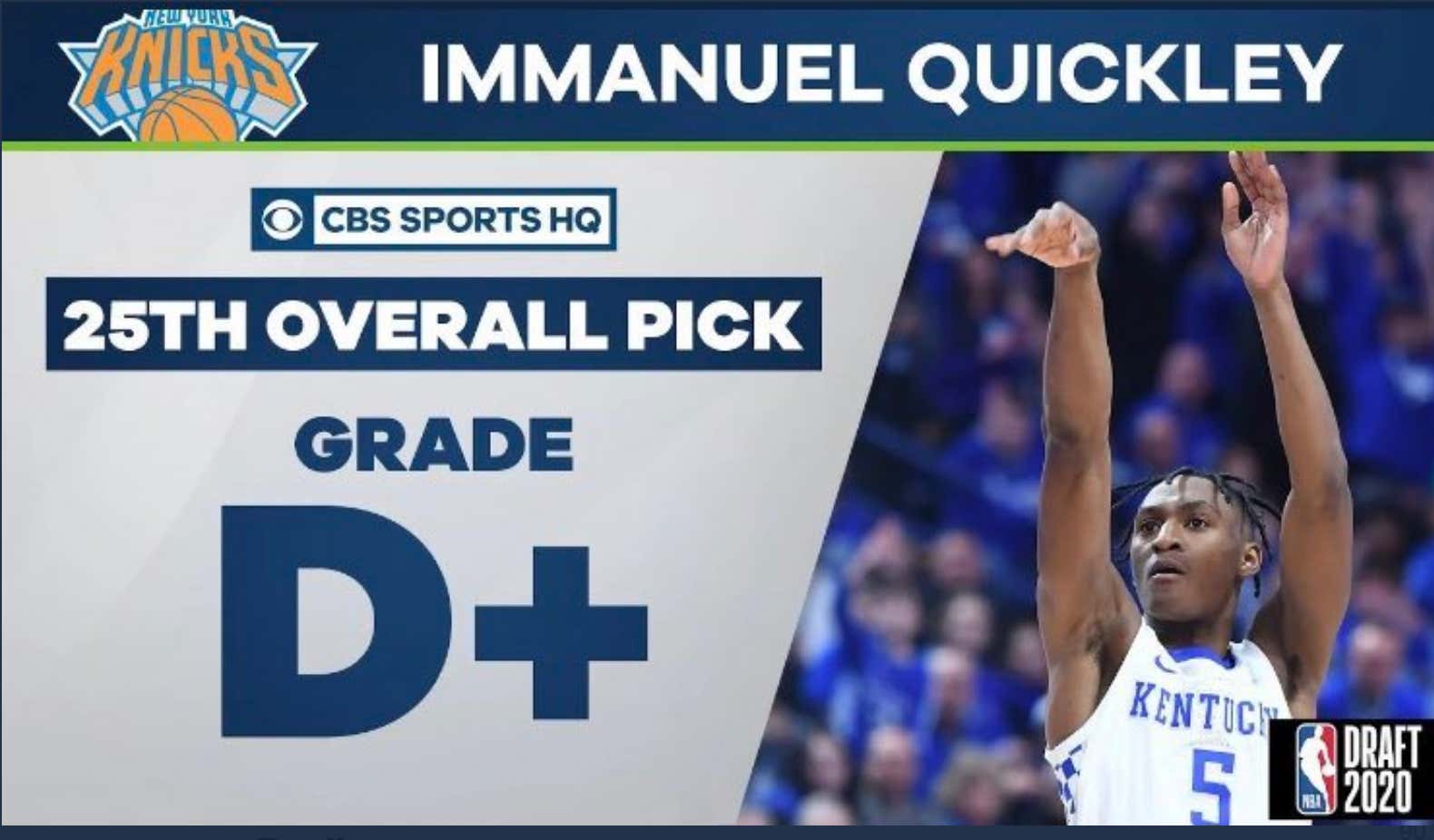 Haven't seen a floater that pretty since Tony Parker. This is what he did last year at Kentucky though. He played off ball and as a secondary guard because that was his role. He thrived in it .. duh. He won SEC Player of the Year, was a knockdown shooter but he really showed that he can get to the paint off the dribble and finish with this floater. When you have that in your arsenal it just makes it that much tougher for the defense. One of the best shots a guard can have.

Who went to bat for this guy? Take your pick. Worldwide Wes, Leon Rose or perhaps this guy. Kenny Payne, the best hiring this offseason. Dude was known for being one of the best developers in college basketball, especially with bigs, who worked with IQ (and Randle) at Kentucky. No surprise they are having great years with him there. Just start the Kentucky pipeline now with those two and Noel and build out.

Goddamn I'm happy that the Knicks are at least competitive and fun. What a saving grace.