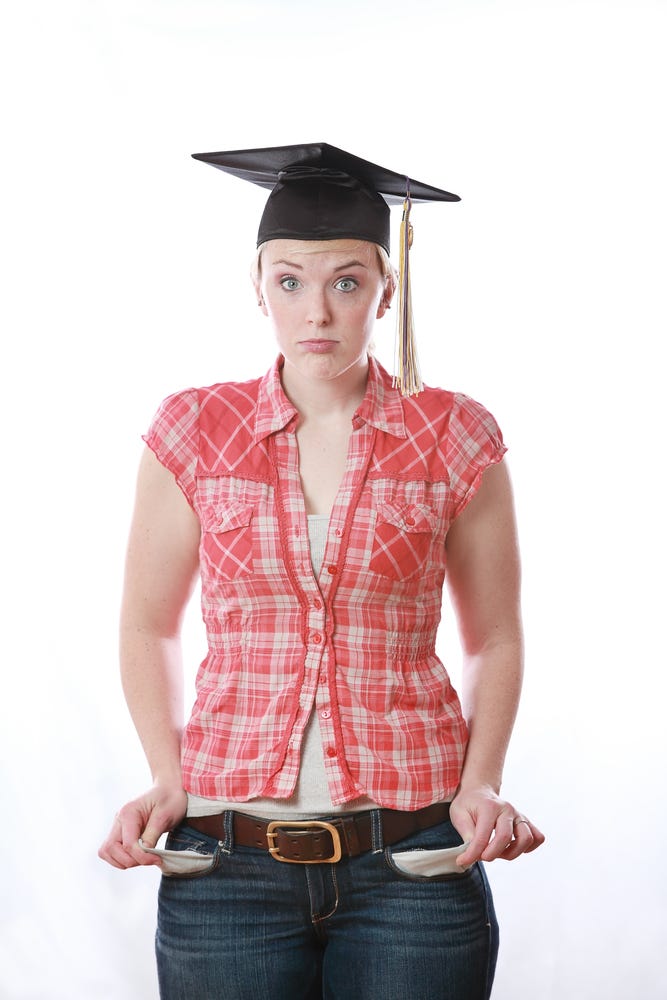 Mashable - One 22-year-old had a college fund that most kids would kill for, but now she’s thousands of dollars short for her senior year tuition after blowing $90,000 on clothes and a trip to Europe.

“Maybe they [my parents] should have taught me to budget or something,” said Kim, who didn’t disclose her last name and had her voice disguised on the The Bert Show, an Atlanta, Georgia-based radio show.

Kim told the hosts that her grandparents set up a pretty sweet fund for her that would cover costs for all four years of college. But, because she didn’t budget properly, she’s out of money to cover her senior year.

She told the radio hosts that maybe some of that money went to clothing and a trip—an educational trip, of course—to Europe for college break.

“I probably should have not done that,” she said.

So this chick went pretty viral over the weekend – calling into a radio station to blame her parents for enabling her to blow though a $90K college fund on traveling and shopping. Kind of reeks like a viral stunt to me, but then again, anyone who currently knows a 20-25 year old girl knows there’s just as good a chance that this is 100% the real deal. I mean just look at the quotes and tell me you can’t picture them being said with absolute sincerity by a spoiled stuck up 22 year old in 2015.

“Years ago my grandparents set up a college fund for me, which was amazing, and I haven’t been very good with my budget for school. The first payment for my senior year just arrived and I don’t have the money basically. I’ve just been avoiding it. I knew the bill was coming.”

“I used it to budget for school clothes and college break money. I probably should have not done that. I took a trip to Europe. The Europe thing I thought was part of my education and that’s how I tried to justify that.”

“Maybe [my parents] should have taught me to budget or something. They never sat me down and had a real serious talk about it.”

“[My parents] said there was nothing they could do for me. They’re not being honest with me saying they don’t have [money] because my dad has worked for like a million years and they have a retirement account.”

Bert Show co-host Jeff Dauler: “You could get a job for the school …maybe the cafeteria’s hiring.”

“Then my parents suggested I go take out a loan at a credit union and I’m, like, how am I supposed to do that?” “I have to go inside the bank to get a loan?”

“I know they’re trying to teach me a lesson and blah blah blah and character building but, like, I hope they realize [working part-time] could have such a negative effect on my grades and as a person.”

I will agree with her on one point. Working at the school cafeteria is super embarrassing. All the people you know, the sorority chicks you need to impress, the guys you’re trying to hook up with, watching you dump food onto plates while wearing an apron and a hair net – that’s not really an option, I’ll give her that. But how about…any other job? Like seriously any job at all. A work-study, a weekend job, a summer job. If you need any recommendations just ask…anyone who has ever been to college and actually worked to make some money instead of being an entitled brat. That should work.

Or call the radio station and complain, that’s option #2.