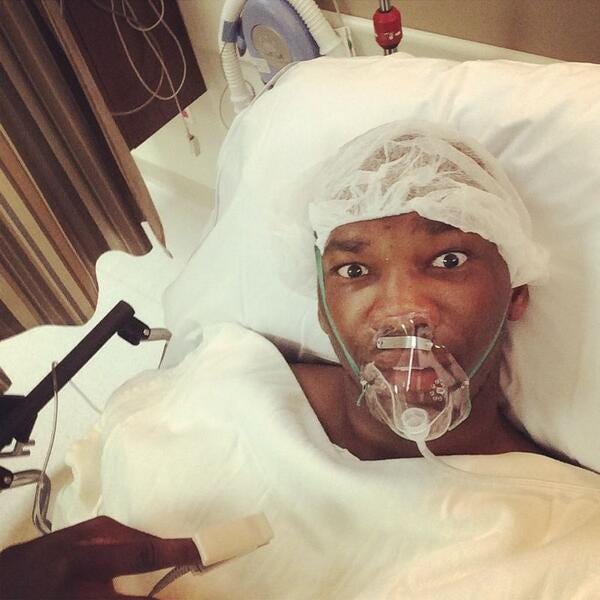 PHILLY – A LITTLE bit of down time will come now for some in the 76ers’ organization, as many players take a break after summer-league preparation and games, and coaches refresh their batteries with vacations. There will be workout sessions and pickup games at PCOM with various players, but for the most part there is some calm before the storm that is training camp. Of course, there is the impending surgery on Joel Embiid’s right foot, which should be any day. Sources have confirmed to the Daily News that the navicular bone in his right foot was rebroken.

Hey, Bob Clooney. Can you dump a little less salt on my bullet wound to the heart next time? No need to throw any more shade on me and my sources claiming Embiid was A-OK by being more nonchalant than this. You’re confirming the worst possible injury a big man can sustain has been done for the second time in two years….behind Sixers summer-league news. Talk about burying the fucking lead (shoutout to all journalism majors and graduates who are currently living under the poverty line).

Obviously this is bad, bad news. The same break in the naviculor bone suddenly killed Yao Ming’s career and derailed that smelly hippy Bill Walton’s game. I’d like to stay positive, but time is the only thing on our side now. Not to mention this was only a few short months ago when the bone was still broken.

Walk and a half. Missed dunk. No Rihanna. I couldn’t give ten shits. Joel Embiid had two wheels that weren’t in boots and he looked not only healthy, but beastly. We can wait. In the meantime somebody get the man all the Shirley Temples he can handle. Extra grenadine.