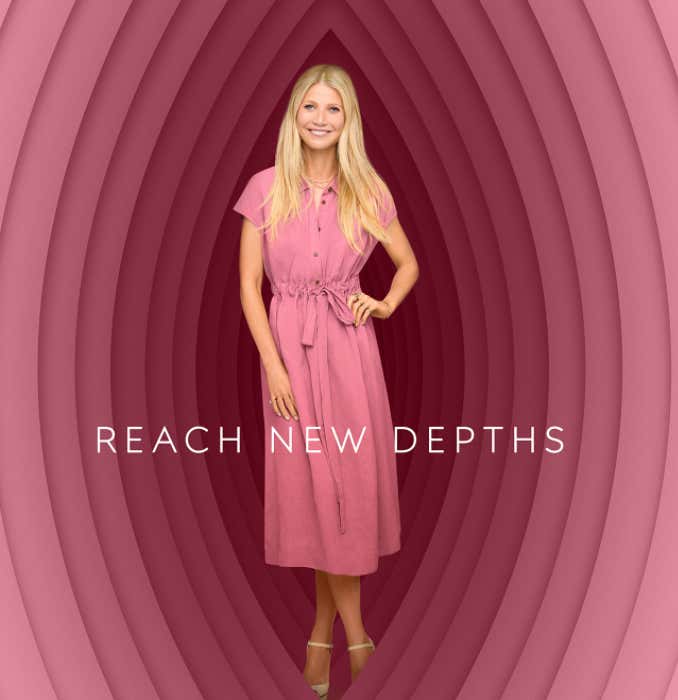 A few months ago, I took a deep dive into Gwyneth Paltrow's vagina-related products. Specifically, I touched on the hot button topic of her going on Jimmy Fallon to promote her "Smells Like My Orgasm" line of candles. And tried to put my finger on just why exactly she had her 14-year-old son with her. But telling someone how to parent is a slippery slope. So I withdrew.

But now I'm ready to stick my nose into the subject once again. After all, as Jan Levinson said, candles are the number one fastest growing product in the scent-aroma market. And if anyone is positioned to saturate that market with her own scent, if would have to be Gwyenth. But as she's finding out, the scented candle business is not always what it's cracked up to be.

Source - This Gwyneth Paltrow candle didn’t pass the smell test, according to a report.

A “This Smells Like My Vagina” candle that the actress peddles on Goop exploded into flames in the living room of a UK woman who won the odoriferous product in a quiz, the Sun reported.

“I’ve never seen anything like it. The whole thing was ablaze and it was too hot to touch. There was an inferno in the room,” the media consultant from Kilburn, North London, added. …

Paltrow, 48, launched the $75 candle emitting her private scent in January 2020.

Scent notes include geranium, citrusy bergamot, and cedar absolutes juxtaposed with Damask rose and ambrette seed, according to her online store.

With all due respect to Jody Thompson - and I join everyone in saying I'm glad she's OK - she should've known what she was getting into. The only thing Gwyenth is guilty of her is honest advertising. As she has made abundantly clear on Goop and everywhere else, she's a highly sexual being. You don't have your middle schooler on "The Tonight Show" with you while you're explaining to Fallon how your vagina smells of geranium, citrusy bergamot and cedar absolutes with Damask rose and ambrette seed if you're some goddamned Puritan. If you're going to place a wax jar of her essence in your house and ignite it, you have to expect it to explode like one of her superpowered, thunderous orgasms.

Oh, it "exploded," "emitted huge flames," there were bits flying everywhere," it was "ablaze" and "too hot to touch"? An "inferno," you say? That's exactly how I've always imagined a sexual encounter with the Goddess Paltrow would be. If anything, 75 bucks to experience one of her explosive orgasms in your living room seems like a ridiculous bargain to me. Since I'll never be man enough to share an intimate moment with her, I'm going ignite one of these erotic votives in my bedroom with a blowtorch and let the fireworks begin. While I wait for her future scent "Smells Like a Lawsuit."