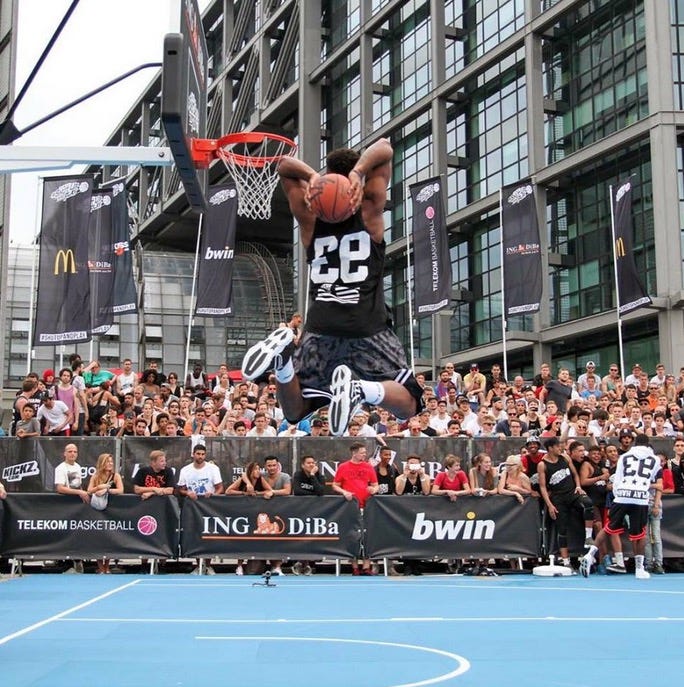 With all due respect to the British Open, I didn’t see Jordan Spieth show off a 50 inch vertical at any point of the 3 or 4 hours of coverage I watched this weekend. Didn’t see Oosthuizen throwing it off glass to himself and hanging on the rim by his elbow while his caddy went crazy and did a hypeman dance around him. Sooo going to have to say, the Berlin DunkElite showcase was my favorite athletic competition of the weekend, by a nose.

But the extra push had to have come from name recognition…because Rafal Lipinski busted out one of the best dunks in contest history, any dunk contest, in any country, at any level.

Between the legs 360 over 4 people…how you don’t automatically get handed a trophy and a gigantic oversized check immediately after that one is beyond me.

Amazes me how after all these years and after all these random dunk contests, people can still find brand new dunks and ways to be creative. Makes you wonder how it’s possible that the NBA one sucks so bad every year.