I want to stay mad at him for retiring from New England and then unretiring just to go play with Tom Brady again in Tampa. And I don't think I'm alone. This is unscientific as hell, but if I had to put a number on it, I'd say that maybe 10% of New England is still rooting for him, while 50% is still hoping Brady wins a seventh ring. But how can we expect to hold onto the resentment when he's forgetting what conference he's in?

And this isn't him playing the Gronk character. He's not Terry Bradshaw in boxers on a Zoom call in a commercial because he figured out his Big, Dumb Jock persona resonates with the public and make him money.  This is who Rob Gronkowski is. Underneath the surface is just more surface. Ogres have layers, he's just got a solid, consistent, homogenous mass of Gronk. Staying mad at him for quitting and then unquitting is like holding a grudge against your Golden Retriever because he made a mess of the kitchen trash. You can get angry as you have to clean up the floor. But honestly it's too much effort to keep it up. You'll forget all about it then next time he's nosing at his leash and asking for you to take him outside.

I maybe could've lived without him already announcing he'll be back next season, after spending his last few years in New England causing more speculation about his plans than the bastard child of Ben Roethlisberger and Hamlet. And he finally reached his decision too late in 2019 for the team to do much about it. But when he puts it this way:

... how can you blame him? Seriously, how? He's a shadow of his former self. He's essentially a blocking tight end/third tackle in the mold of Michael Hoomanawanui or Dwayne Allen. But he's a blocking tight end/third tackle who's having a blast for himself. And he's back in the championship game of some conference or other. AFC. NFC. SEC. XFL. AFL-CIO. SHIELD. The details are not important. He's one game away from going to another Super Bowl with his best friend in the whole wide world. 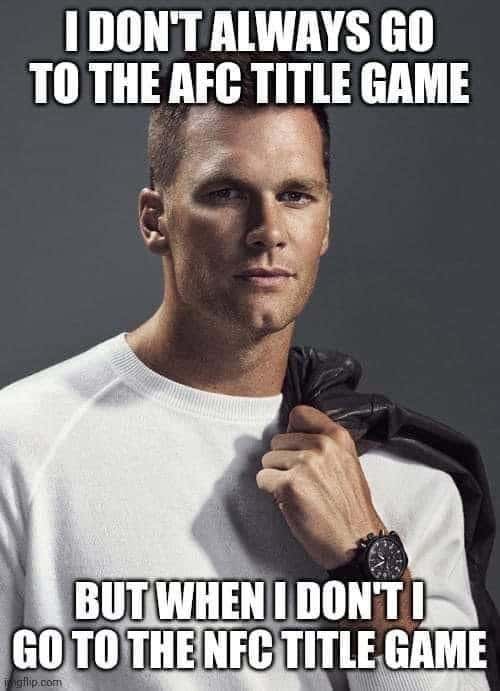 Meanwhile the region he left behind is wallowing in misery. I can't stay mad at that. No matter how hard I want to.