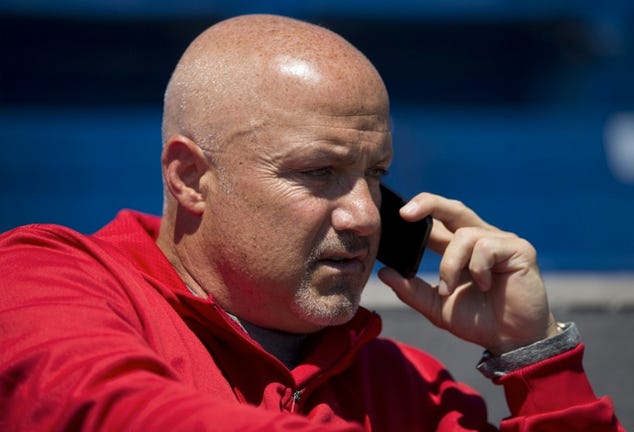 The Nationals enter the 2nd half of the season tied with the Dodgers and the Cardinals for best odds in the NL to win the World Series but this is far from a perfect team. Nationals players have been battered with injuries non-stop all season but they still sit in first place. 9 Nationals players are now on the disabled list after relief pitcher David Carpenter’s recent shoulder injury. Denard Span should be back soon, Jayson Werth and Anthony Rendon have started minor league rehab assignments, and infield injury magnet Ryan Zimmerman has began running again. Stephen Strasburg threw on flat ground and should be pencilled in for a rehab start pretty soon. 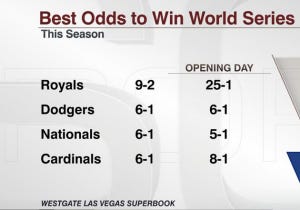 Rendon represents much needed offense and, though I don’t think its unfair to label him ‘injury prone’ at the youthful age of 25, he mashes when healthy. I expect Span to continue to perform much like he has all season: solid if not underrated production.

Among the 2 old former stars, I have a lot more faith in the caveman who reached base 39.4% of the time last season but Zimmerman could certainly produce decent numbers as well. Strasburg will throw more like he did in June and July rather than like his stinkers in April and May. Minor Leaguers like Joe Ross and Trea Turner who I wrote about on 7/17 could also help out the big club if need be. Offensively, I’m not worried. The Nationals have been a top 12 offensive team even with all their injuries and the major contributors should all be back by early August and prepared to boost this team into a top 5 offense during the season’s final stretch. 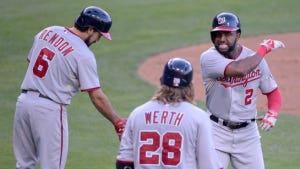 The Nationals rotation has been closer to average than ‘super’ but is still one of the top 10 in the game and should be enhanced in the 2nd half of the season as Scherzer continues to throw shutouts, Gio improves, and Strasburg returns.
So, what does need improvement? The bullpen. Now the pen actually did have a 3.31 ERA in the first half – good enough for 6th in the National League- but it just didn’t have the Walter White-level intimidation factor that one comes to expect from World Championship caliber bullpens. That could all change in the coming weeks. Flamethrower Aroldis Chapman and 4 time All Star Craig Kimbrel should both be available and the Nationals have the tools to acquire them.
*The Nationals have 3 minor league players that I consider as close to untouchable as can be: SS Trea Turner and pitchers Joe Ross and Lucas Giolito. Additionally, the team shouldn’t part with any significant major league piece.
The Candidates:
Cincinnati Reds Closer Aroldis Chapman: Chapman is one of the most dominant pitchers in the game. He throws 103 MPH pretty regularly and has struck out 15.7 batters per 9 innings this year to supplement his tiny 1.69 ERA. Chapman has one more year left on his contract so he should be more expensive than a rental but a package of SS prospect Wilmer Difo (.296/.343/.416 with 3 homers and 14 steals as a 23 year old minor leaguer, also has played a couple games for the Nats) and pitching prospect Reynaldo Lopez (4.30 ERA and 8.6k/9 in 67 innings this year after a 1.08 ERA that was crazier than Amy in Gone Girl) which was recommended by NY Post writer Joel Sherman could get it done. Personally, I see something like Lopez, Nick Pivetta (2.44 ERA in minors), and Jake Johansen (5.76 ERA in minors relief) getting it done. If the Reds want a bat, perhaps substitute Johansen for Chris Bostick (.263/.325/.381 with 5 homers in minors). Lopez is clearly the top prospect headed to Cincinnati and scouts say he has the potential to be a #2 starter while others argue that his delivery (doesn’t use his lower half well) is best suited for relief. If the Reds organization is of the opinion that Lopez will develop into a top starter, this trade could work for both sides. 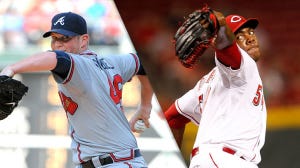 San Diego Padres Closer Craig Kimbrel: Kimbrel has not been as dominant in his first season on the west coast but his 3.24 ERA and 13.0k/9 should help any club. Kimbrel costs 11 mil in 2016, 13 in ’17, and has a team option for 13,000,000 in 2018. Kimbrel’s fielding independent pitching indicates that he would have a mid-2s ERA if he had a better defense behind him; the Padres’ defense is about as effective as a collection of foxes tasked with guarding a chicken coop. His FIP is 2.64, xFIP is 2.42 (adjusting for ERA and homeruns), and SiERA is 2.31. Kimbrel would probably cost about the same as Chapman and, while both are excellent, I’d prefer Chapman because his cuban heat is hotter than Adriana Lima (Is she Cuban? No but Brazil is in that area, you should support Latin Americans by looking at her NSFW pictures here) 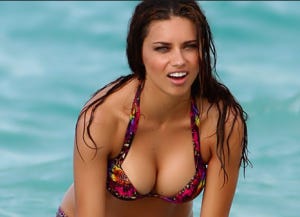 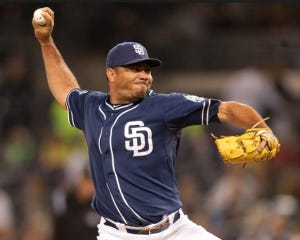 San Diego Padres Reliever Joaquin Benoit: Benoit was prepared to be the Padres’ closer before the team’s April acquisition of Kimbrel and has pitched admirably in his new role with a 2015 ERA of 2.39 ERA. Benoit’s FIP is significantly higher at 4.06 and, while he isn’t close to as dominant as Kimbrel or Chapman, he will be much less costly due to his age (37) and projected performance. Benoit could probably be had for Wilmer Difo alone and, while Difo is a legitimate prospect, he’s exactly the type of guy that I’d be willing to trade for a big boost to my chances to win in 2015. 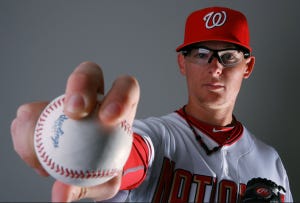 Oakland Athletics Closer Tyler Clippard: Old friend Clippard was traded to the Athletics in the offseason for Yunel Escobar in a deal that seems to have worked out better for the Nats than the A’s. Clippard has been great with a 2.43 ERA and 17 saves but the Athletics are playing Marcus Semien at SS where he has already commited a league-leading 28 errors (8 more than Ian Desmond, which seems impossible). Billy Beane knows better than anyone that a non-competitive team has no need for ace relievers and should trade Clippard who is a free agent after the season. 6 years of SS Difo might seem like a bit much for half a season of Clippard but the open market should push the value of all elite relievers up and I think that Clippard is a very fair return for Difo. 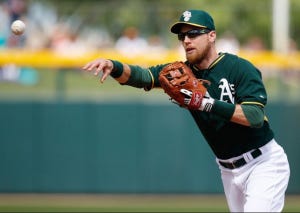 Oakland Athletics Super-Utility Star Ben Zobrist: While it is unlikely that the Nats pull the trigger on a big bat like Zobrist, his name has been connected to the Nats in the past. I don’t see this happening but acquiring him could help plug virtually any whole that the club has on the offensive side of the ball.
Miami Marlins Utility Player Martin Prado: Prado is not the all star player that he once was but he can still play 2nd or 3rd base and has played outfield in the past. Prado could be an excellent utility addition for the Nats if they are reluctant to pay top dollar for Zobrist. He’s already been traded three times since 2013 and his return has diminished each time, incorporate the fact that he is owed 8 million in 2016 by whichever team acquires him and he could probably be had for a lowly prospect or maybe a lottery ticket prospect with skill but who is still in the lower minors and hasn’t put any of it together yet. Prado has a .313 OBP through the first half of the season while playing primarily 3rd base; he recently returned from a shoulder injury. I do not think the fact that both Miami and Washington are in the same division should hamper this potential trade.