Patrick Mahomes scored a touchdown before CBS even got the game to work correctly on my TV. But that's not the story here. The story is what he did *after* he scored, launching the ball approximately 3 miles into the air like Michael Vick in that old commercial 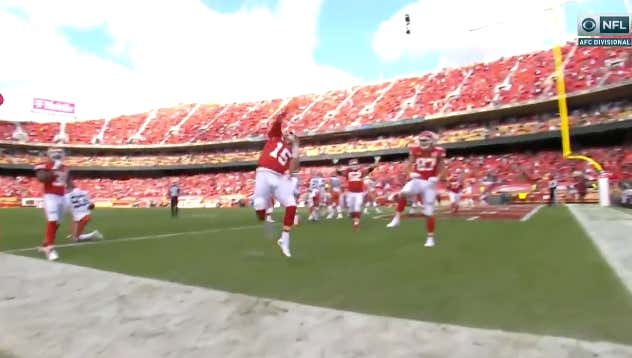 Take it easy, Patrick, you have a game to play still!

But anythewho, did that ball leave the stadium? Almost. But it was launched into the upper deck, where a fan made the play of the day:

What a catch under pressure! Man. If he dropped it, he never lives that down. Also, pretty nice of Mahomes to give that fan a nice stimulus check, should he choose to sell the ball. I imagine someone would pay, I don't even know, $10k for it? More possibly? People love spending money on things, especially the ball Mahomes used to score a TD with. So all in all, pretty good day for that fan thanks to a good throw from Mahomes and a solid catch.