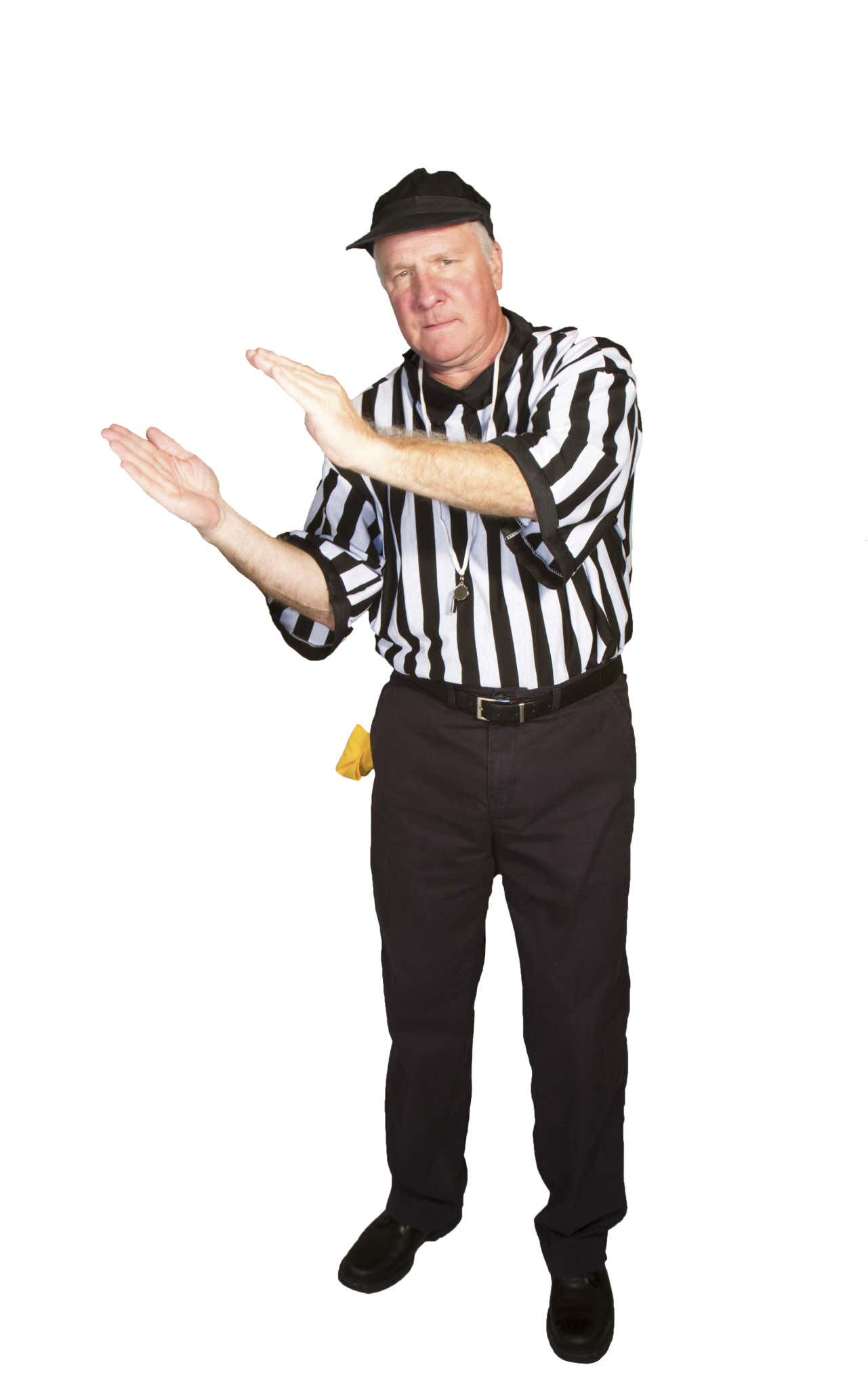 I was watching the Bills/Ravens game and it magically dawned on me that intentional grounding is my #1 flag. For maybe the first time in my life I have complete clarity. Like coming out of an ayahuasca trip deep in the South Central Amazon river basin, I have wholly uncovered an objective truth: Intentional Grounding is the best flag in football when you consider all the factors.

The purpose of this blog is to explain those factors.

Complexity: I expect every single one of my buddies to know intentional grounding. At a bare minimum you need to be able to instinctively identify it. Not really a broad threshold but that's just my personal barometer. You should know this penalty if we're watching the game in the garage.

THAT SAID still feels pretty fucking good every time you get it. Still feels good to know where the tackle box exists on a 7 step drop. Or that you have to hit the first down marker or have a receiver in the area. You'll be in your 90's one day harmlessly spanking your caretaker's ass, fondly remembering your youthful days of spending a beautiful Sunday afternoon in a dimly lit tavern celebrating an intentional grounding that just took your opponent out of field goal range. Maybe not for everyone but those aren't shabby memories. It's the rush that comes with high-fiving a stranger then spontaneously identifying your familiarity with the rules.

HE NEVER GOT OUTSIDE THE TACKLES

The Lingo: Once you get the rules down, then you get the lingo. There's some great phrases here to yell at the television as the play unfolds. Inside the tackle box. Vicinity of the receiver. DIDNT EVEN MAKE IT. There's a certain punch or energy that comes with each layer of the penalty as it unfolds. It's not just your textbook holding or illegal procedure guys. There are elements to intentional grounding and Football Jurisprudence demands they be met. Being able to bark them out on command is one of the few uniform rites of passage in modern American culture.

The Pause: Probably the best part about intentional grounding is that the refs always give us a second to catch up. They never pull it right away. Usually the ball goes wayward, we say That looks like grounding, then the announcer goes That could be grounding, Chris and then feeling affirmation, you say louder YEAH THAT'S FUCKING GROUNDING GUYS as they cut to a quick replay. YEP. NO RECEIVER. They cut back. The refs are talking. The refs are nodding. One starts jogging. This could be good news you start thinking. yellow flag sign flashes I TOLD YOU IT WAS GROUNDING.

That yellow flash across the screen is one of the all-time flag pull moments as a flag, and it's all because they give you the pause to really think about it.

The Damage: It's so rare to get a Loss of Down penalty in the NFL. Normally they give you another chance knowing it was a harmless mistake. But not this penalty. Not when it's Intentional. They want you to suffer which means no replay. This one's going on record and the record says you're about to lose either 10 yards, or where the penalty occurred. As written by the NFL Rulebook, the referee shall enforce whichever is less beneficial. Just listen to the way they talk to you when you commit this penalty.

a passer, facing an imminent loss of yardage because of pressure from the defense, throws a forward pass without a realistic chance of completion

Reads more like a Liam Neeson action movie which is obviously awesome.

Circumstance: Nothing kills a drive more than Intentional Grounding. Maybe the biggest buzzkill for an offense other than a direct turnover. And even worse is that everyone on offense basically has to fuck up for intentional grounding to hit. Pass rush has to come heavy. Quarterback has to freak out. Receivers have to be in the clouds running dig routes. It's a cocktail of mistakes and 9/10 times you can just bring out the punt team and forget about it.

Point is when you need a stop, intentional grounding is there for you. When you need to sound smart and fancy, it's there. When you want to get a loss of 20 and push someone back over the 50, Grounding's there. It can bring a watch party alive just as easy as it can ruin an offensive coordinator's appetite to get creative. Without doubt, hesitation, pause or debate, it's the most dynamic penalty on a football field. Total collaboration from all parties and as a Bears fan I love that.

PS - I know a lot of you are calling for Pass Interference, but scouts honor it just can't be #1 because far too often it's Complete Fucking Bullshit. You can't give a flag with that much subjectivity and discretion the lead spot on a list. So while it can put you on the goal line and lead to some big first downs, I just simply can't say PI is #1. Not enough meat.