Welcome back #ReagsReaders. What a fucking slate we have today and honestly this is what I want on Saturday's from here on out. I know we have NFL playoffs, but we're talking two games. Give me everything before and after. Sneak in a good game during the NFL game in case we get a blowout. I don't care, we've reached the part of the year where it's too damn cold to leave the house and I just want to watch hoops. Speaking of good games, can we just go ahead and put Cleveland State and Drake in the Final Four? Look at this ending by Cleveland State, off to the best start in school history. We might have a wagon in the Horizon League as they beat Wright State who is always the favorite with NKU there. What is the guy at midcourt doing going for the steal? Dude just stay in front of someone and you're going to overtime. Instead you made one of the worst reads I've seen and gave up an alley-oop for a win. Dagger. Let's get on to today's games. 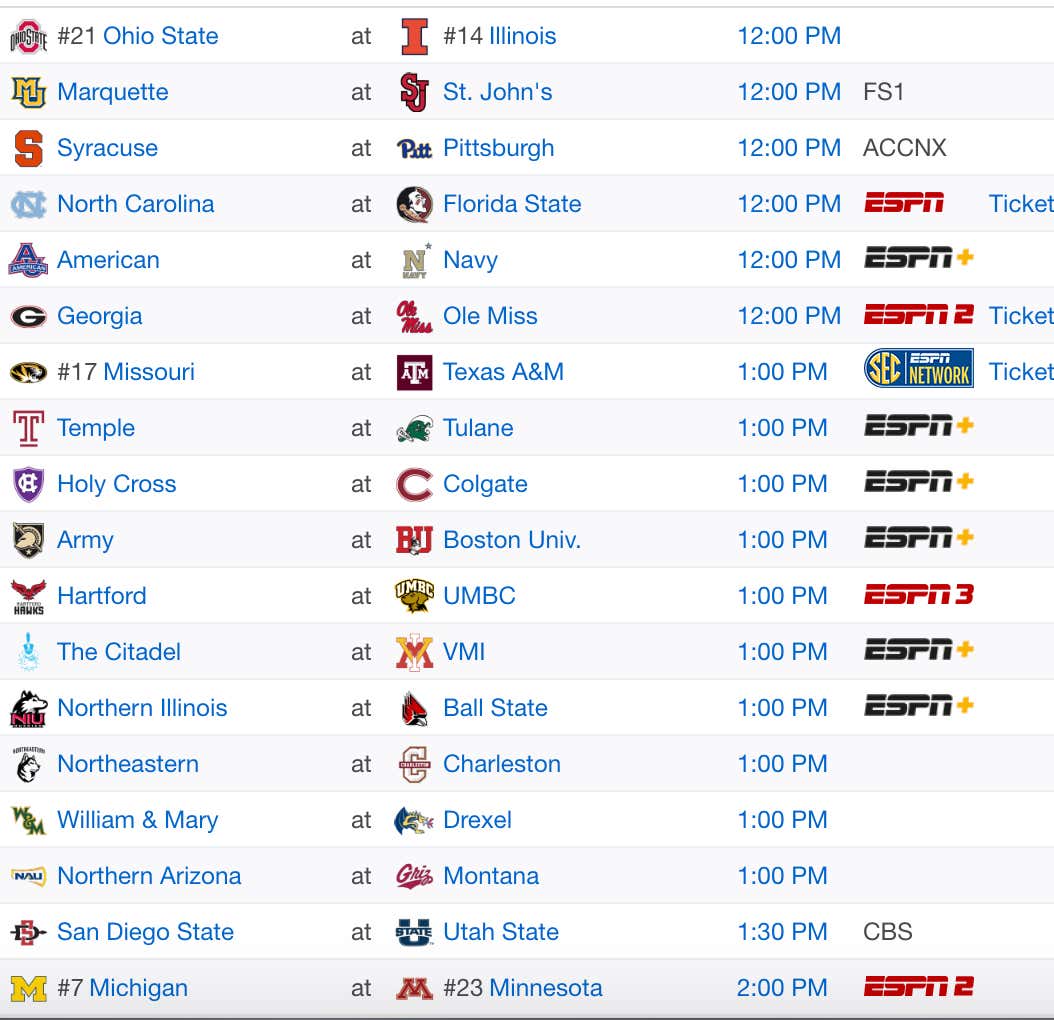 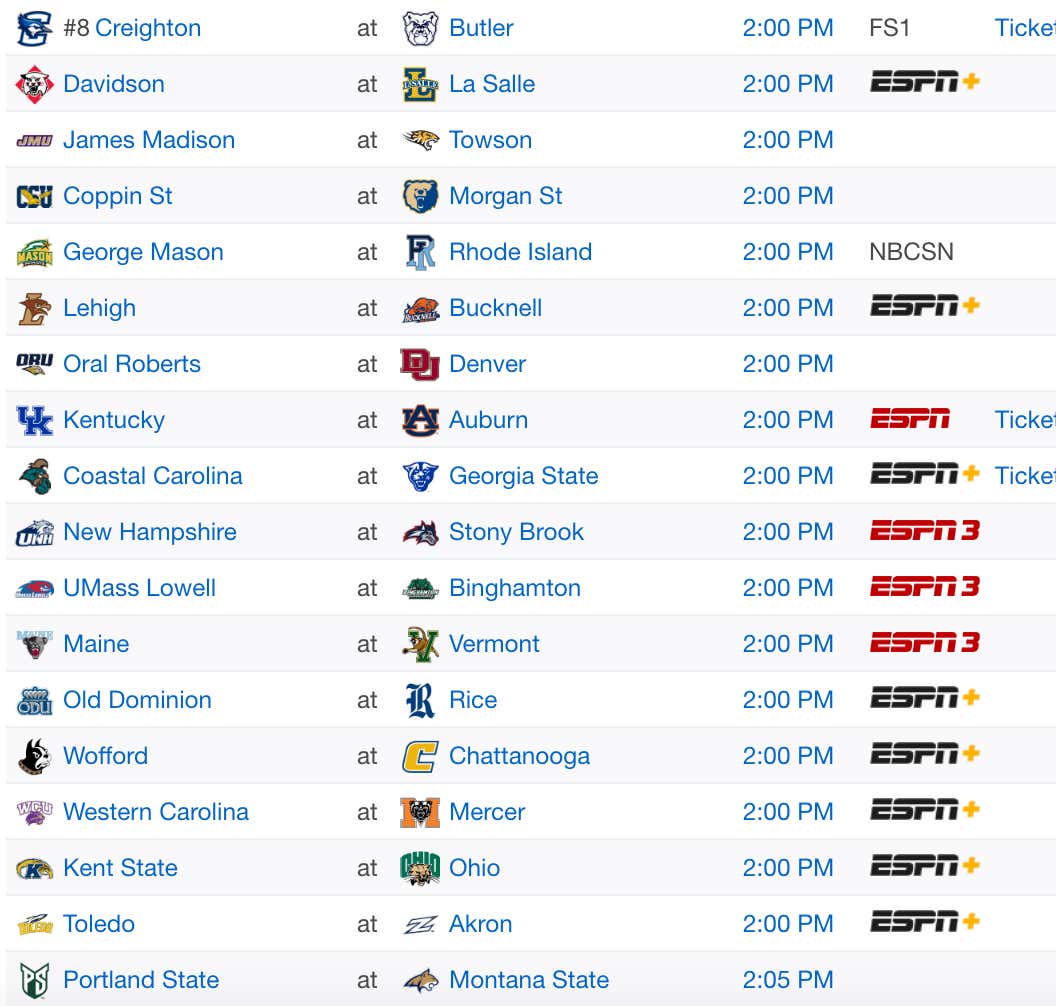 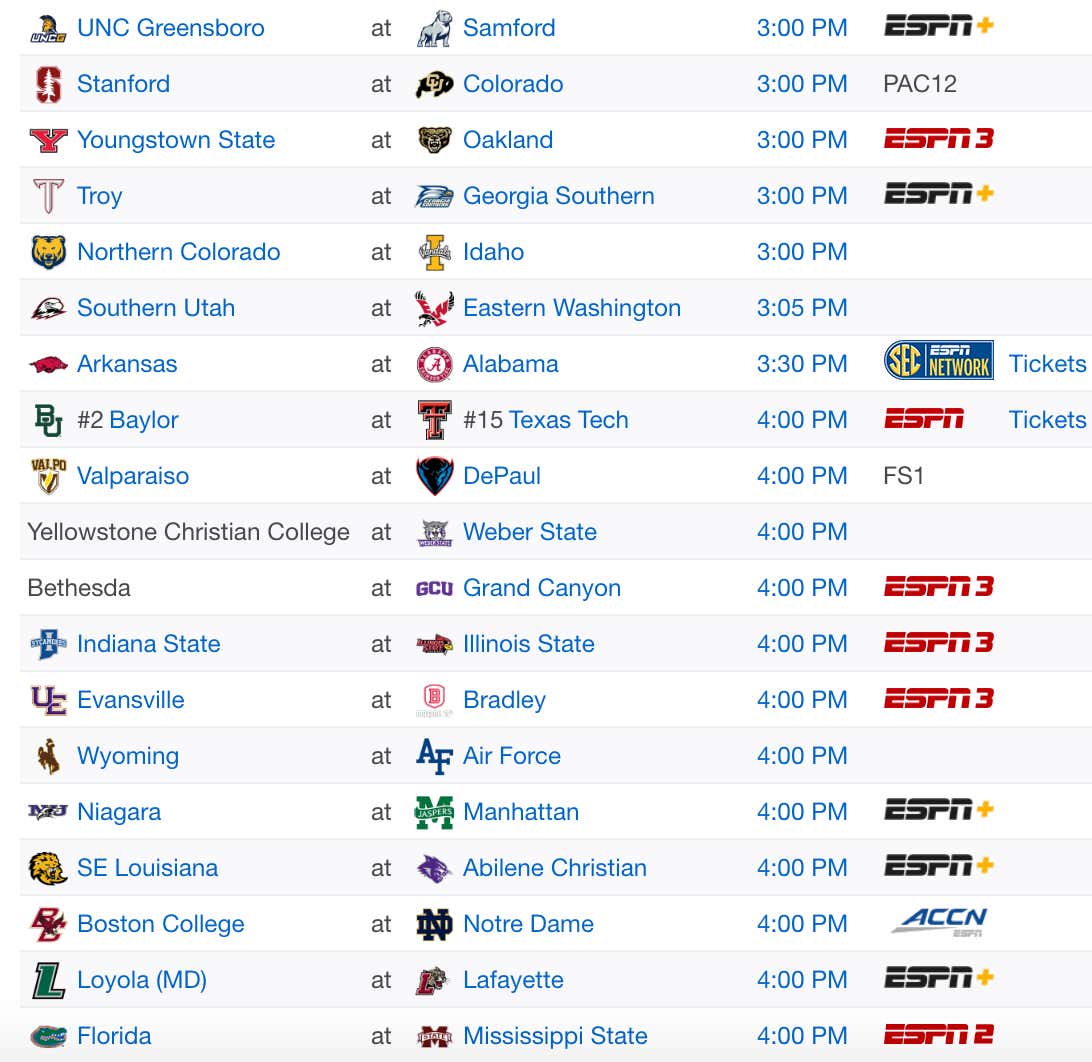 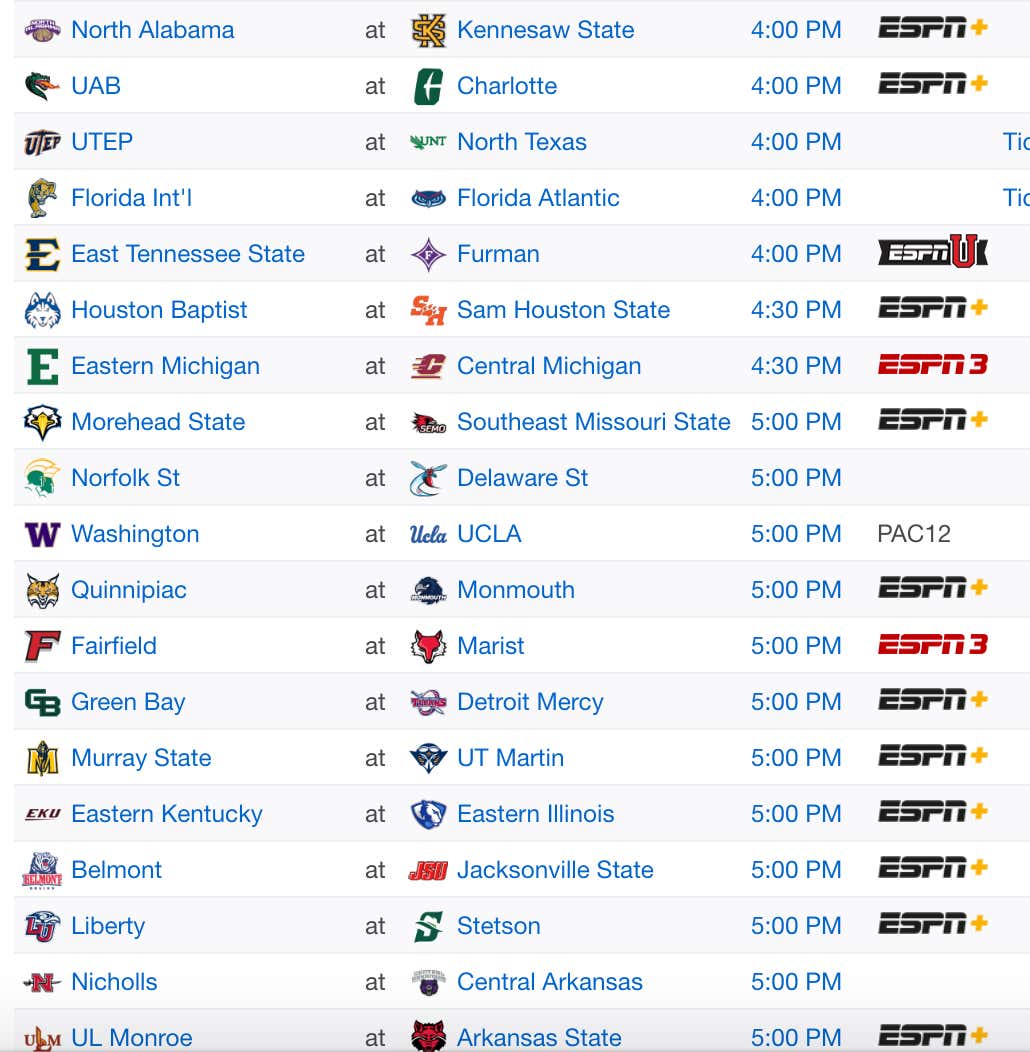 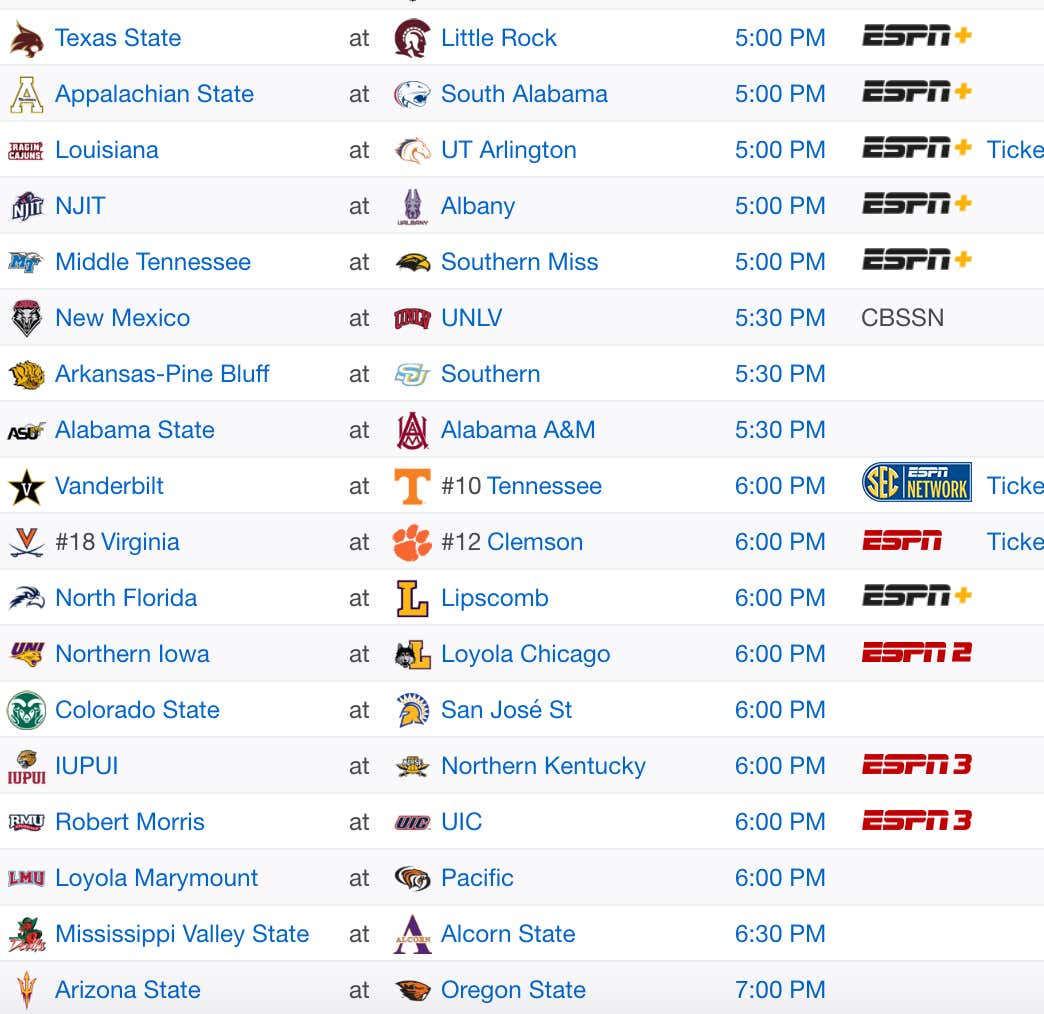 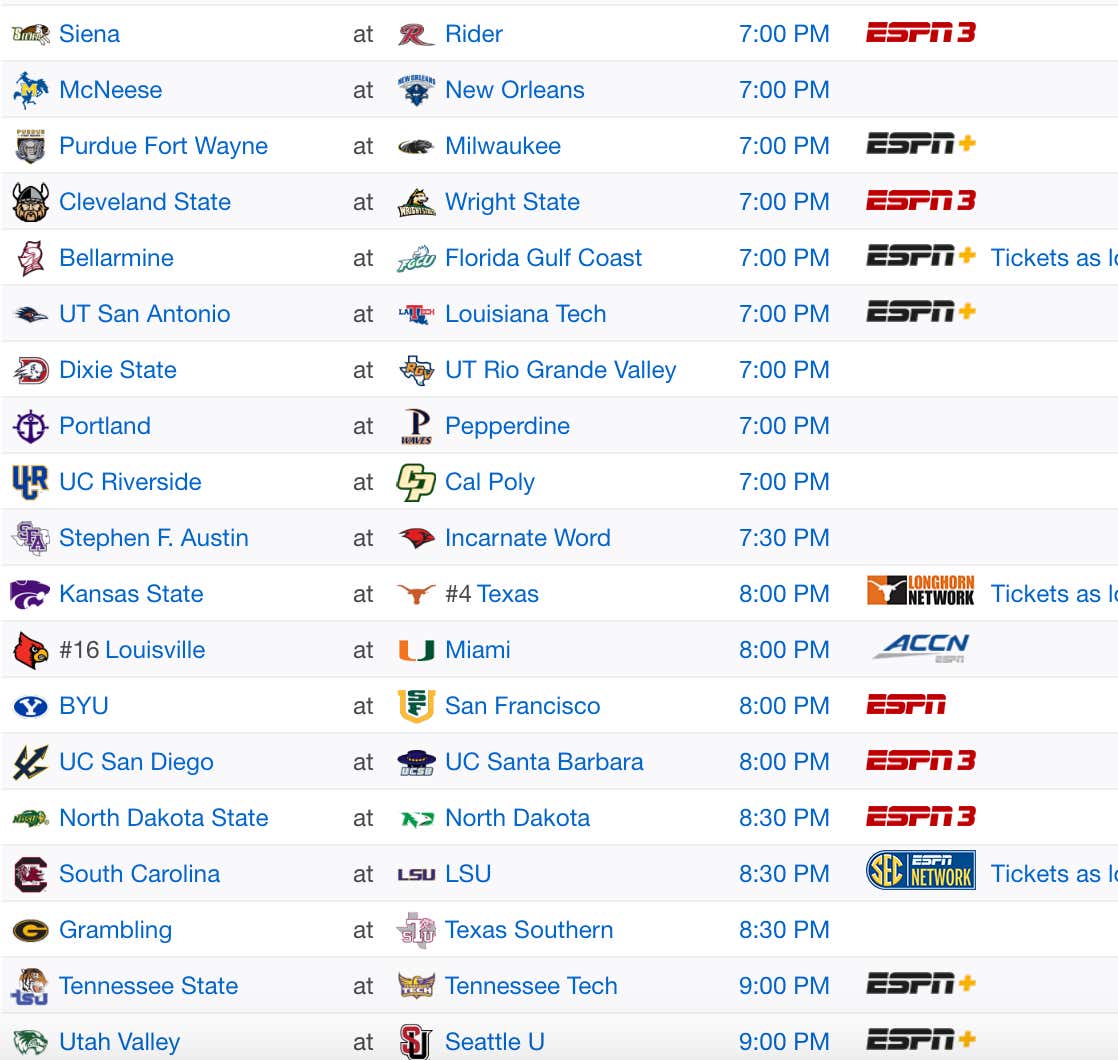 Game is at noon at FSU

Game is at 2 at Auburn

Reasoning: Sharife Cooper has completely changed Auburn in just two games. They finally have a lead guard that can run Bruce Pearl's uptempo system and more importantly they have a guy who can actually pass. Now if they get Justin Powell back and we finally see Auburn at full strength you may be looking at the best team in the SEC. I don't know who on Kentucky can slow down Cooper. Askew has taken strides and I love his game, but he's not quick enough defensively to stay with Cooper. He has the length, but not quickness. Mintz doesn't have it either. There's not a great matchup on that side of the ball. We saw what Alabama did to Kentucky spreading them out because Olivier Sarr can't defend you or me in that role and that's what Auburn is going to do today. On the flip side, if Kentucky doesn't turn it over, they have an advantage on offensive glass and getting to the rim. I don't want to see the ball just thrown to Sarr in the post because he's as soft as baby shit. Instead go small, put Auburn in PnR and crash the glass.

Reasoning: I said it before but I do think Alabama is the best team in the SEC. So why am I fading them here? Two main reasons. One is a spot play. Alabama coming off an absolute ass kicking of Kentucky and Arkansas getting their shit kicked in by LSU. Everyone is super high on Alabama and I'm going to buy low on Arkansas after that loss. We see teams do this all the time, get a signature win and then lay a dud in the next game. The second reason is injury. Alabama likely won't have Jahvon Quinerley, Herb Jones and Jordan Bruner all out with injuries. That's an absolute dagger as they are going to have go even smaller and won't have much depth. For a team that wants to play that uptempo style, they need to have a little more depth than what they have currently. The other reason? Arkansas can match tempo and shooting. They also run teams off the 3pt line pretty good. That's Muss coming from an NBA background, but they rank 132nd in 3PA/FGA and 67th in defensive 3pt percentage. Throw in they are a good defensive rebounding team and two of Alabama's biggest strengths are somewhat neutralized.

Game is at 4pm at Texas Tech

Reasoning: Another bit of a spot play here. Texas Tech coming off that crazy ending and comeback win against Texas. Baylor has been looking for a spot to prove they are the 2nd best team to most people. Everyone is talking about Gonzaga and rightfully so. But Baylor is the clear second team in that top tier with Gonzaga. They haven't played a marquee game since Illinois to really get the people talking about them. This is a spot today. Looking at numbers and matchup style, they sort of mirror each other. Both teams are top-5 nationally defensively. Both are top-10 in defensive turnover percentage. The biggest difference for me though is how fucking good this Baylor team is offensively. They rank 4th in the country nationally. That's not what we typically see from a Baylor team. 3rd best 3pt shooting team, 6th best offensive rebounding team. I love the makeup of this roster and the individual defenders they have in Teague, Mitchell, Vital and Butler are ridiculous.

Game is at 5pm at EIU

Reasoning: EKU is one of the better defensive teams in the mid-majors thanks to A.W. Hamilton and his pressing/trapping style. They are 5th in the country in turnover percentage and more importantly 4th in steal percentage. They don't force deadball turnovers, they force live turnovers and create free offense based on that. That's important here because EKU sucks in the halfcourt offensively, but EIU is just as bad defensively. EKU will remind you a bit of Marshall in the reliance on the three and tempo. EIU is actually one of the worst 3pt defensive teams in the country. If Tre King can stay out of foul trouble, something he's prone to get into, EKU should win this relatively easily.

Game is at 6pm at Clemson

Reasoning: You simply can't not take an over 116. I don't care. I don't care about the tempo. I don't care about the packline defense. It's 116 fucking points in high major college basketball. I know it's crazy but Clemson is actually the No. 1 defense in the country. I have no idea how we got here. It's not like Brownell has sucked as a defensive coach but they typically are in the 30s. One of the main reasons why is they are 7th in turnover percentage. I don't think they get to take advantage of that today with Virginia being 4th in taking care of the ball. Clemson is going to have to hit shots today since the packline is designed to force you to take challenged jumpers. They can do that, they are 70th in 3PA/FGA. It's not like they can't score. It's just a matter of tempo. 116. Let's do it.

Reasoning: I'm playing this strictly because of the situation. South Carolina won't have Frank Martin today who tested positive for a second time for coronavrius. They have barely been able to play this year with constant pauses for the team. LSU is absolutely rolling right now and can just flat out score. It's asking a lot for South Carolina to go to LSU right now having not played in 10 days and play this LSU team. That's it. That's why I like LSU here. We can talk about LSU's offense and the ridiculous scoring power they have with Thomas and Watford. But it's a spot play.