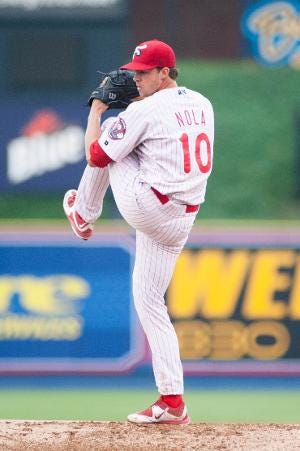 FINALLY a worthy reason to watch a game this season. Fresh off the worst start of his life, too. It’s about time? I don’t even know anymore. Of course I want to see this 22-year-old gunslinger who has dealt at every level be called up to the show. Nola, JP Crawford, and Franco are the sole three amigos of hope for this shit franchise. But then again I’m nervous about Dom Browning his confidence and have Nola turn to piss. Basically it’s a lose-lose situation. No matter what the Phillies do it’ll end up being the wrong move because, you know, it’s the fucking Phillies. Can’t wait to see how we squander this potential.