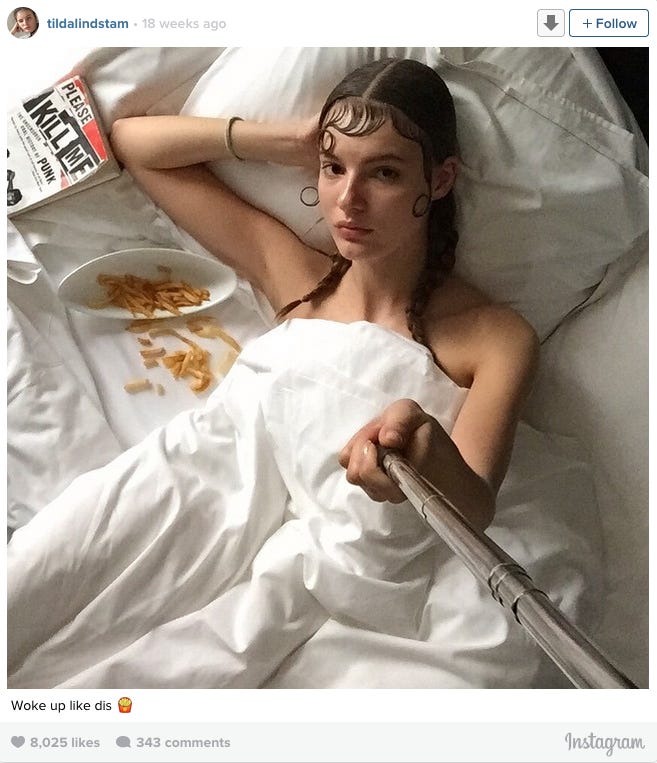 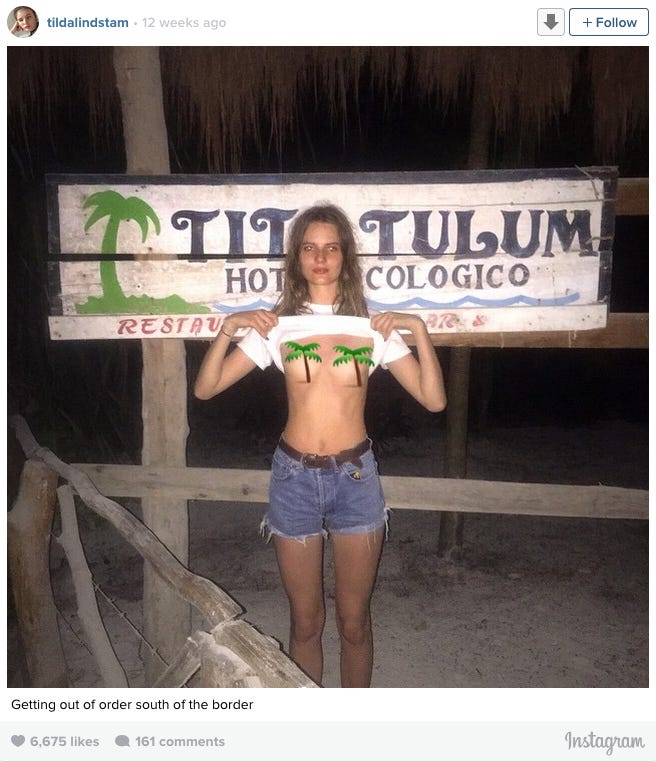 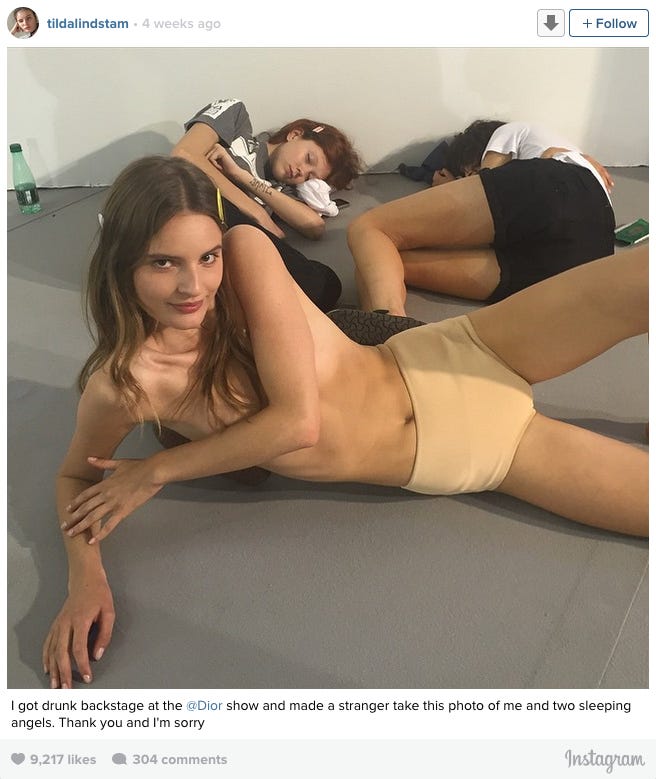 Unilad – We live in a world where pretty much every single model on Instagram make it their job to take life seriously. They post the same selfie 7 days a week, while providing dull ‘behind the scenes’ shite from photoshoots. So, stumbling across Tilda Lindstam was a breath of fresh air.

The 22-year-old Swedish model is absolutely hilarious, and she pretty much proves this with every post. She isn’t hyper-aware, contrived, or putting on an act; she’s just naturally funny, with or without a filter.

Listen, I want to believe in the idea that there are tons of women who are both hot and hilarious as much as the next guy. And I agree with the sentiment that Instagram models in particular are the least interesting people online besides their willingness to bare their bungholes for likes. But are we that starving for a hot and funny chick to go viral that we’re going to hold this up as high comedy: 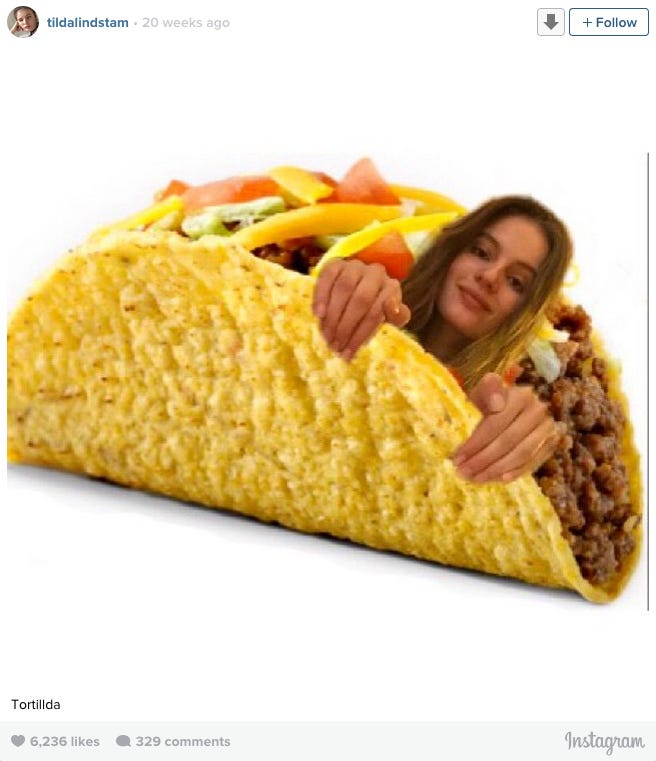 Get it? She’s a taco and her name pairs well with the word “tortilla”! But she’s not really a taco irl lol that’s what makes it great. 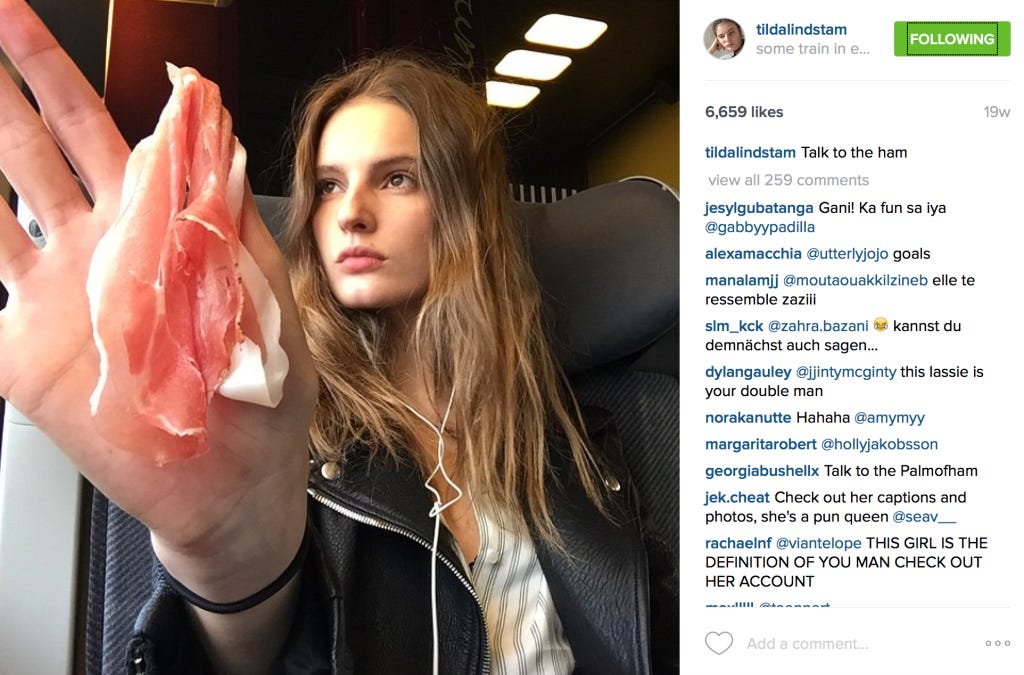 You see the normal expression is “talk to the hand” but she has a piece of ham in her hands and thus this delightful new turn of phrase is born. This is the kind of fresh comedy I like to mix in with my mindless Instagram semis. 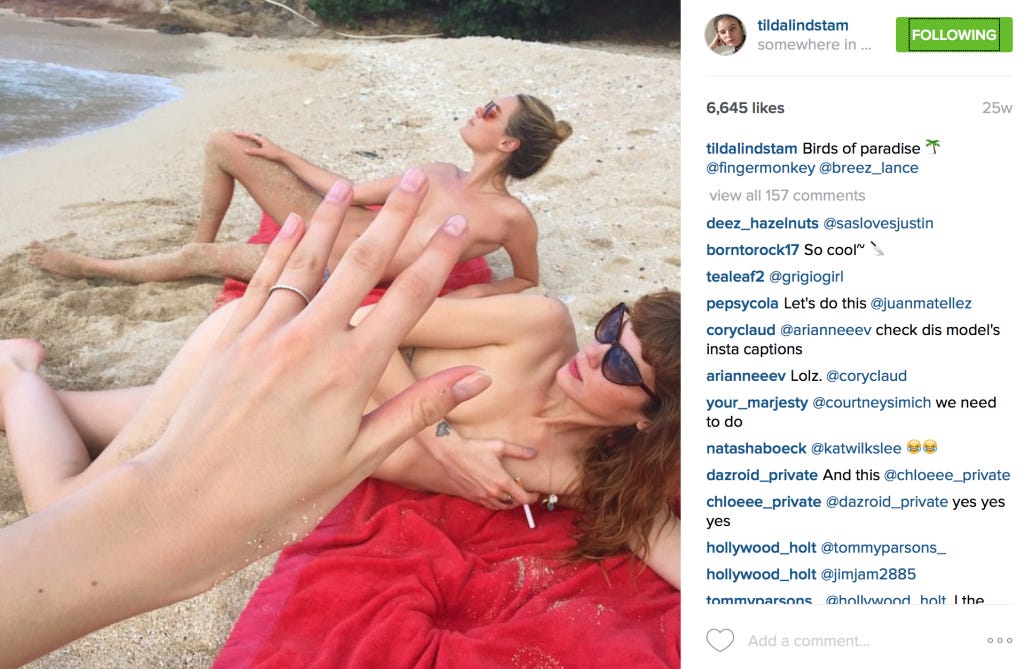 …hmm, maybe I have to hang out with her in person to fully appreciate her comedy. I’d do that for you guys, just to give her a fair shot you know?

Anyway if, unlike me, you’ve got health insurance that’ll cover your sides a-splittin’ from laughter, you can follow Tilda Lindstam here. Cool Girl Chrissy Teigen runs comedic laps around her in my opinion but, hey, she’s Swedish so maybe we should be grading on a curve?