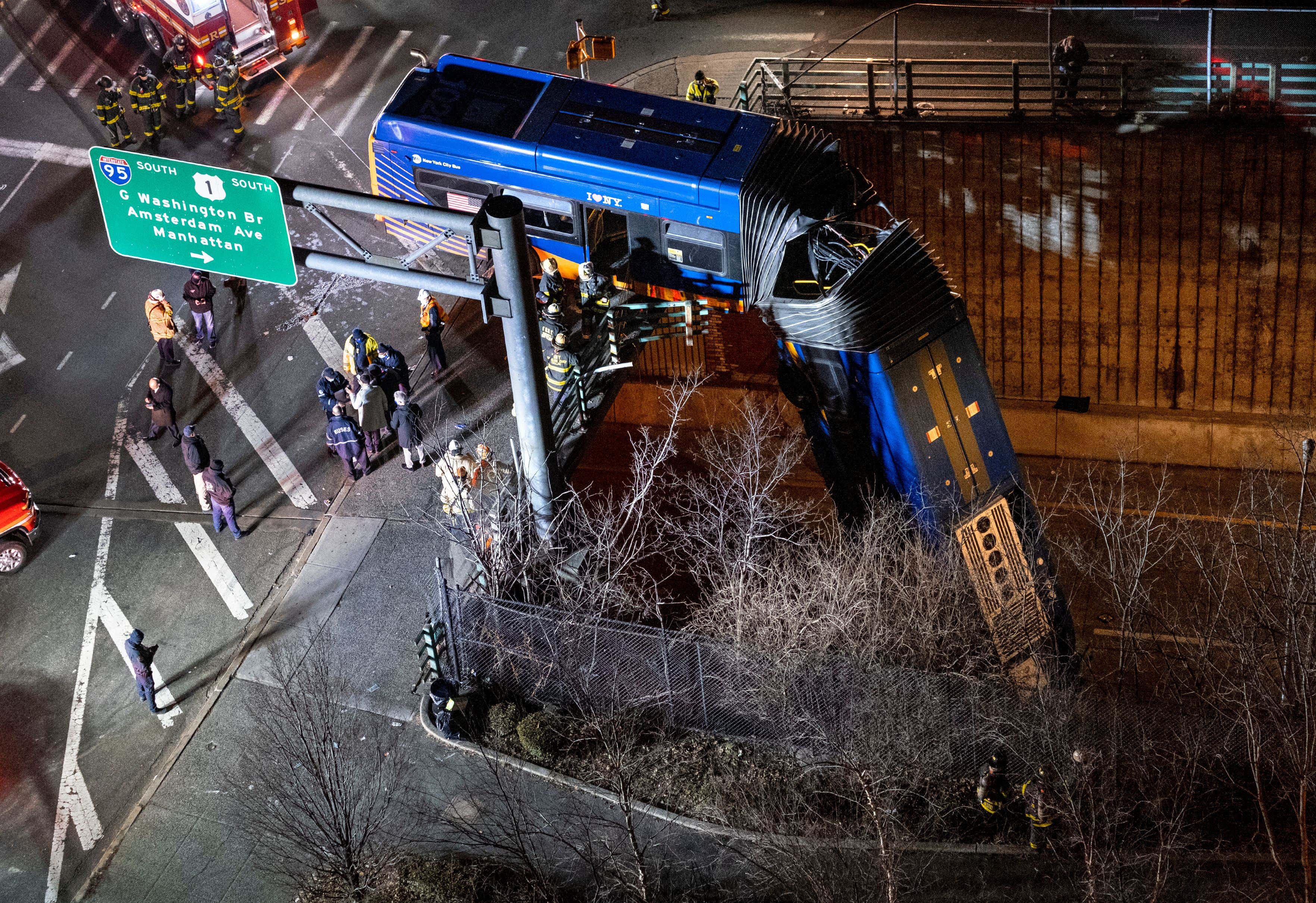 Considering the times we are living in, it takes a lot to stop me dead in my tracks while scrolling on Twitter. The occasional drama from the NBA or feel good video of the Barstool Fund helping a small business out occasionally does it.

Go to Barstoolfund.com to donate. Ever dollar matters

For the most part though, I am just swiping on autopilot as I continue to chase whatever digital dragon my addicted brain is looking for. However, the pictures/videos from this bus accident caused me to slam on the mental brakes and try to process what the fuck happened.

I mean that's straight out of a superhero movie. Everything from the bus somehow stopping right before it would fully tip over to there thankfully being no fatalities to it happening in New York City, which for some reason is the home of roughly 80% of all supervillain attacks. It doesn't need to be your typical comic book villain considering Godzilla and the Cloverfield monster chose the Big Apple as their target in recent movies. If the roaches, rats, rent, and ridiculous amount of people isn't enough to steer you away from this city, it being a magnet for diabolic evil masterminds should.

Back to the accident, I always wondered how the hell they saved those planes/trains/automobiles from falling over after Spider-Man/Batman/The Fantastic Four or whoever else saved the day. I guess this is our answer.

For some reason I expected a bigger tow truck to be necessary. Like a monster tow truck, which is admittedly a pretty sweet mental image.

As for what happened, the investigation seems to be underway and already may have taken an interesting turn…

Here's to hoping everyone on that bus gets healthy soon.