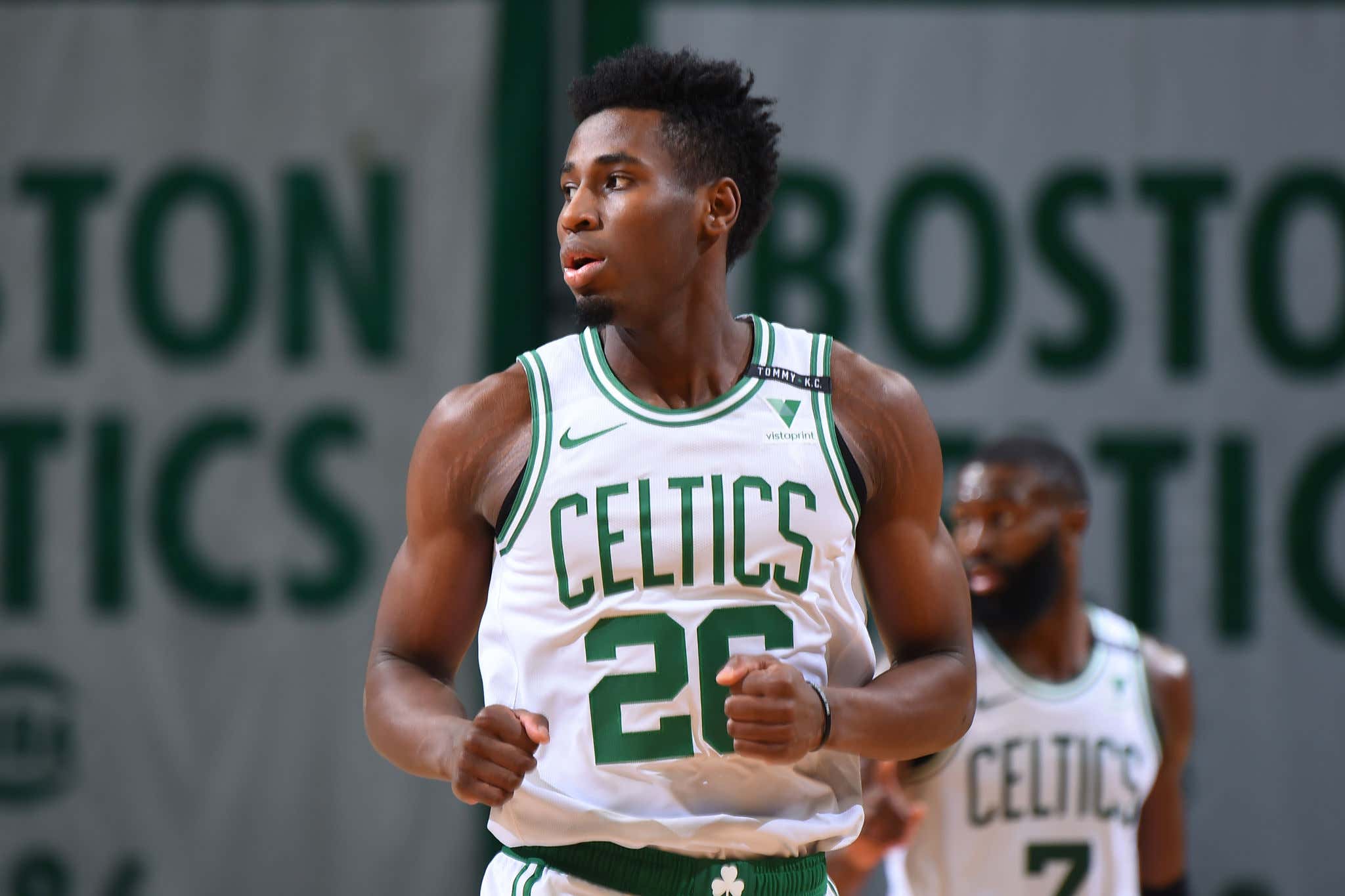 I don't want to jinx things, but as of the writing of this blog all signs are pointing to the Celts FINALLY getting back on the court to play a real life basketball game.

It feels like we haven't seen the team with the best winning percentage in the Eastern Conference play in years. I know my brain sees that they just played on January 8th, but I think any Celts fan will agree that this was maybe the longest week in the history of weeks. As a reminder, here is a look at what will most likely be the available players tonight

Guys like Jaylen, Semi, Theis, and Javonte are technically questionable, but I'm going to assume they are officially out given that's how things usually go for other teams in similar positions. If you're someone like me who loves Summer League basketball, well this is the lineup for you. We didn't get a Summer League this year so I suppose this will have to do for the foreseeable future. Who knows when we'll see this team with a full roster again, so it's time to adapt.

That's why I came up with my own wishlist for however long this experiment has to run. There are going to be stretches where things look rough. Everyone just needs to accept that from the jump. But there are also a handful of things I want to see this team do or try that might pay dividends down the road. Let's dive in

Grant as a small ball five

This might be #1 on my list. We know what Grant can bring as a small ball four, but I want to see Brad get really weird with it and run a lineup with Grant at the five. Maybe something like Pritchard/Smart/Teague/Nesmith/Grant. I'm talking going super fucking small and just running teams off the floor. Think of what it could potentially unlock for this roster once everyone is back.

Because I am a mental person, I went back and looked at all the lineup minutes where Brad used Grant as the small ball five last year. Here's what I found with the three most used combinations

Obviously, nearly all of those players won't be available this time around, but I still think the evidence of Grant at the 5 deserves a look during this stretch. It's something that I think Brad should consider for stretches when the roster is fully back, because it gives the Celts an interesting stretch 5/playmaker to play with the Jays and Kemba.

Brad, please. I am begging you. I don't really care if Nesmith is the worst defender in the NBA. I don't really care if he makes a billion mental defensive mistakes that hurt the team. We need to see him. What better opportunity than a time where you literally won't have another wing on the roster. This team needs shooting for when the games do matter, and we need to see if Nesmith can fill that void down the road. How can you expect him to be able to maybe help you in a playoff series if he never sees the floor and gets comfortable at this level.

Not only that, but I want him to be used exactly like Ray Allen was. Run him off pindowns, get him spot up threes from the corners, I just want to see it. If Nesmith can't crack consistent minutes in this situation, it's hard to imagine he plays at any point this season.

This is maybe a stretch since Teague/Smart are back and I know Brad doesn't want to ruin a good thing at the moment, but I want to see a lineup where we have Smart and Pritchard on the floor together to start games. Not just for the defensive intensity, but for the playmaking. This offense could struggle to score to start games, so give me the automatic shooter and someone who seems to know where to go with the ball. Let Teague handle the second unit scoring in my opinion.

Let's see some Pritchard/Grant P&Rs. Let's see how he can handle scoring as a ball handler off that set since he seems to be able to get to the rim at ease. It may not happen right away, but at some point during this stretch while guys are out I want to see Pritchard start and play like 35 minutes.

Same with Nesmith, I just want to see what Tacko looks like with a consistent opportunity. I think we're all pretty impressed with how he looks so far, he fits his role perfectly. Dare I say he's earned some actual minutes, like 15-20 minutes a night. Surround Tacko with a lineup of shooters, maybe something like Pritchard/Smart/Nesmith/Grant/Tacko and either let him draw doubles and kick or let him dunk on any big's head. Seems like that would be an unstoppable option.

Marcus Smart not trying to do all the scoring

So far on the season I'd give Smart's improved shot selection like a B/B+. It really has looked better once everyone is back. Well now this is the real test. Now the team needs offense, so how will Smart handle it? Are we going to go back to the bad threes and poor shot selection just because he feels like someone has to score? Or, will he continue to play the right way and not force things. History tells us that when it's the former, things don't go well. He can still make a winning impact on this shorthanded roster without taking 20+ shots and try to lead the team in scoring.

That's why I think it's so important to play Pritchard with Smart. Maybe Brad has to do his best to save Marcus from himself, and it's certainly something we're all going to be watching.

This is exactly what the Hospital Celtics have been training their whole lives for. There is no reason to think they'll win any of these games while they miss their 3 best players plus basically all their depth. Relying on guys who have never really played in the NBA is always a question. But if any team can find a way to grind out wins during this stretch, it's the Hospital Celtics.

Above all else though, I'm just glad they're back. This waiting bullshit was brutal.