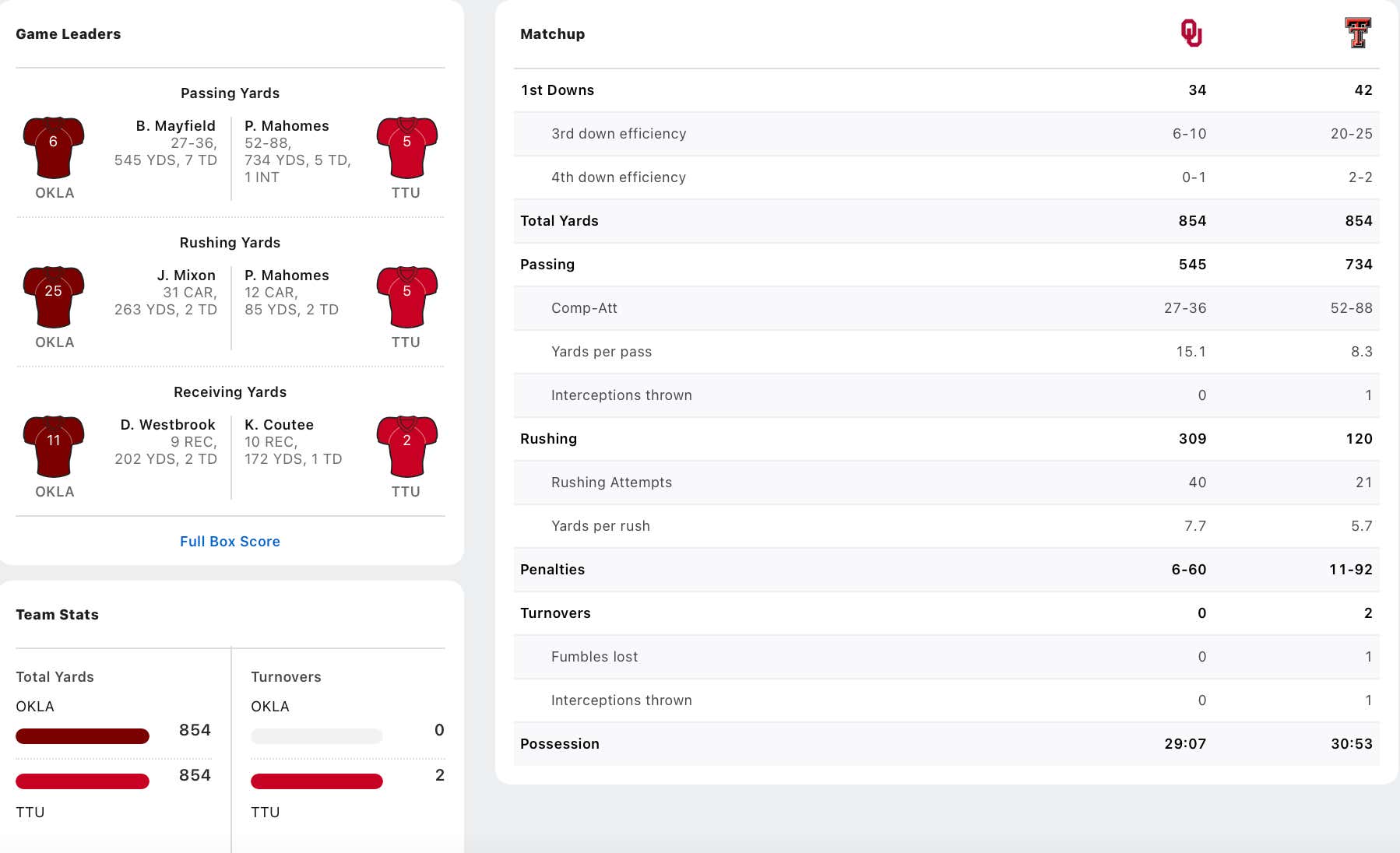 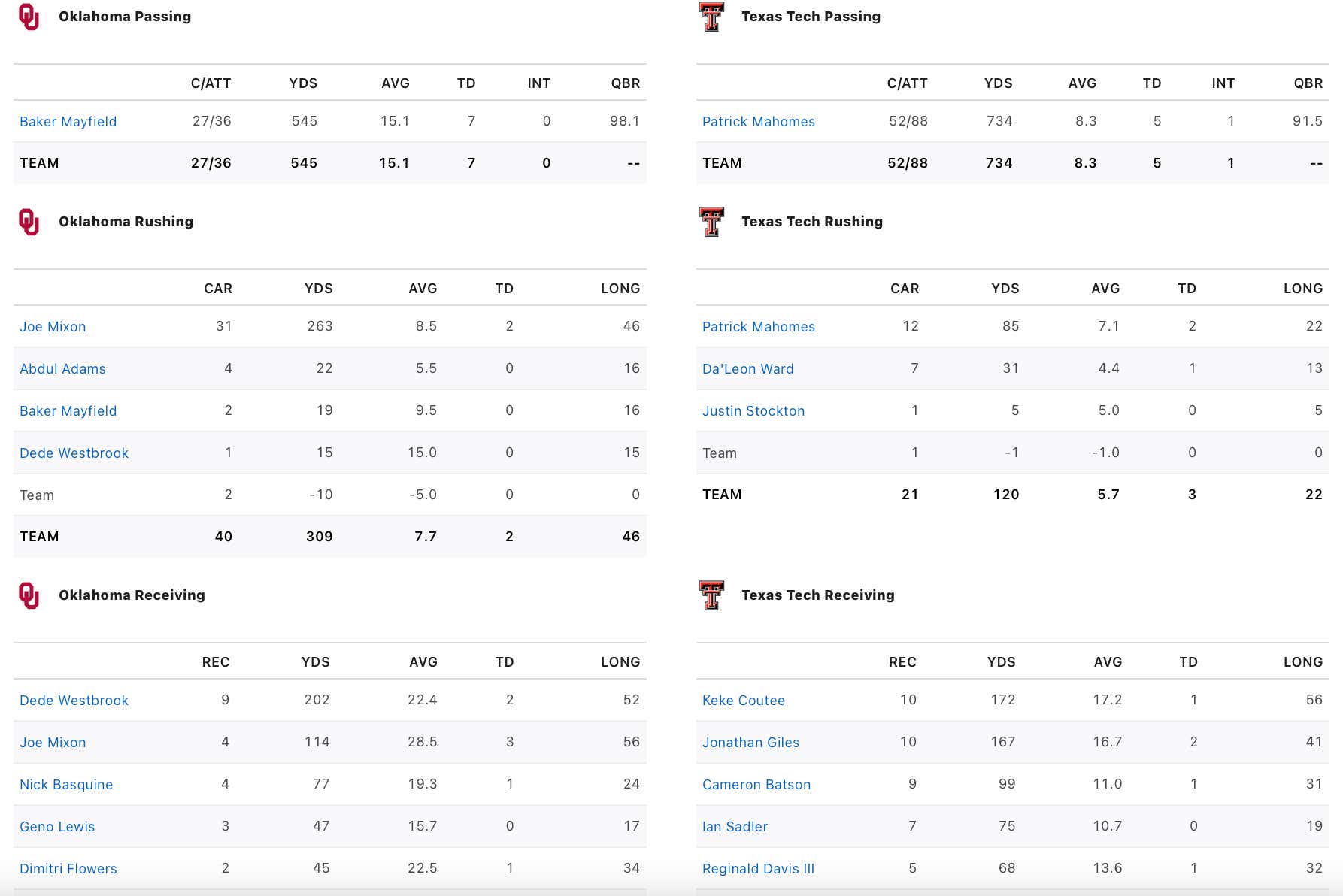 The Cleveland Browns are headed to Kansas City on Sunday for a showdown between Baker Mayfield and Patrick Mahomes in the Divisional Round of the NFL Playoffs. It should be a good game between two of the game's brightest young stars, but we can only hope it even comes close to the game those two put together when they played each other in 2016.

Mayfield's Oklahoma team went on the road to take on Mahomes and Texas Tech and the two teams casually put up a mere 125 points and a combined 1,708 yards of offense. Mayfield and Mahomes threw for nearly 1,300 yards. Ten straight drives in the second half resulted in touchdowns. It is everything that is beautiful about college football.

I unfortunately have a feeling that the NFL defenses these two are going up against this weekend will show a bit more resistance than those from the Big 12, but we can only hope we get some semblance of this classic shootout. We should actually force two of the top five quarterbacks in every recruiting class to go to different Big 12 schools so we can have a game like this every year.

Here's hoping these two put on a show like this on Sunday.