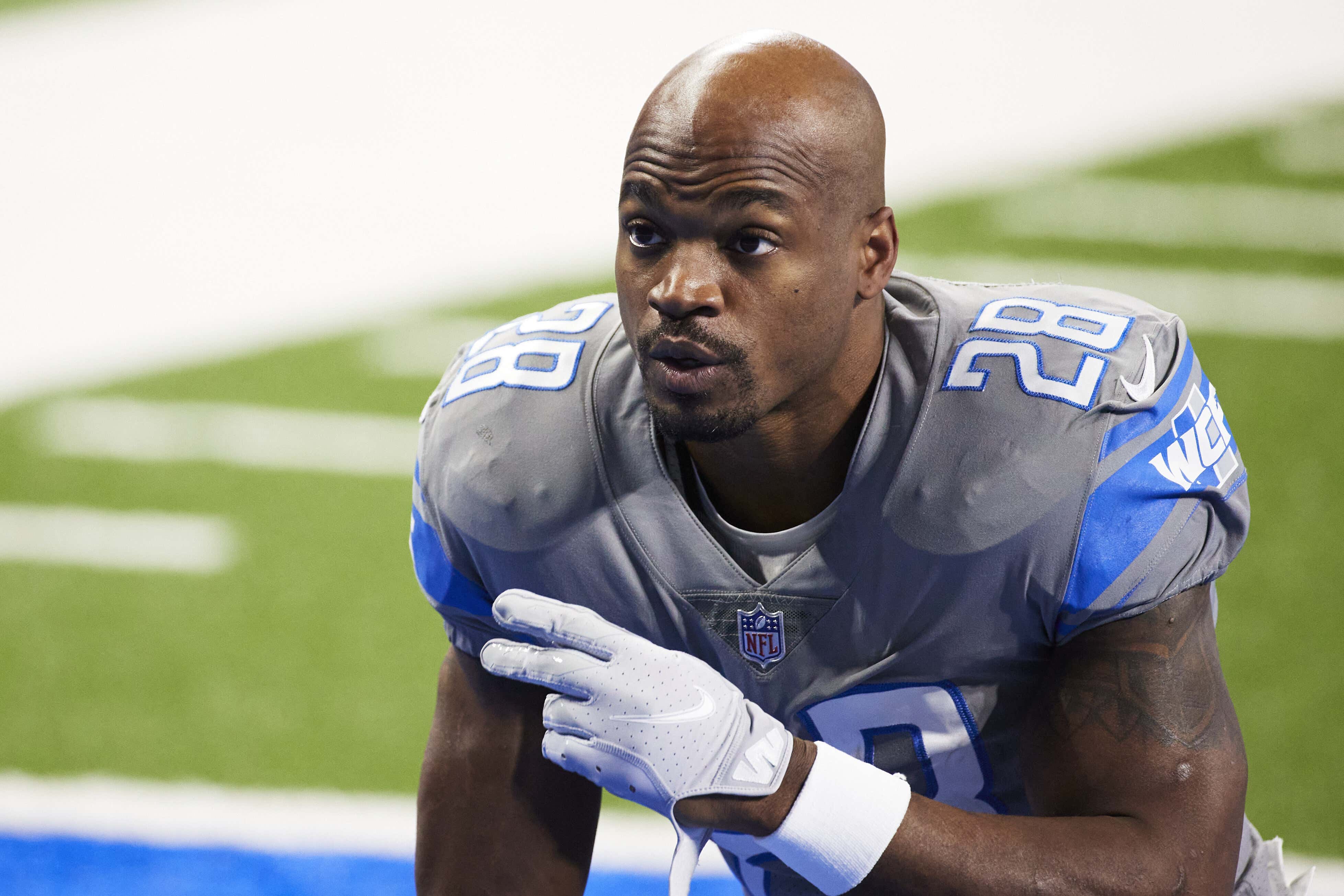 Without a doubt, Adrian Peterson has had one of the great careers any of us have ever witnessed. You can even make a case he's been the best running back since Barry Sanders. That he's had some impressive accomplishments speaks for itself. An MVP season. A 2,000 yard season. Three rushing titles. Seven Pro Bowls and four All Pros. A Comeback POTY award. A spot on the All Decade Team for the 2010s. And I thought I'd never live to see him to something more incredible than his all-time record 296-yard, 3 touchdown performance for the Vikings against the Chargers in 2007.

But now I stand corrected. Now that I've seen some of his financial records. I'm not saying they'll never be broken. I'm just saying that when it comes to pure, natural ability to take out massive loans and the hustle it takes to get out of paying them back, Adrian Peterson is as good as you'll ever see.

ESPN has an update on Peterson's most recent example of Adrianomics:

Detroit Lions running back Adrian Peterson has been ordered to pay almost $8.3 million in summary judgment to a Pennsylvania loan company after a defaulted loan in 2016, New York State Supreme Court records show.

DeAngelo Vehicle Sales LLC sued Peterson in 2018 after the running back failed to pay back an initial sum of $5.2 million, including interest, by March 1, 2017.

Now, there is a lot of math here. And rather than get you lost in the waist-high rough on them all, I'll reduce the major ones to bullet points:

And that, students, is how you turn a $5.2 million loan into a $8.3 million financial hole. Bearing in mind that according to Over the Cap, Peterson's career earnings are $102,301,471, for a career APY of $7,307,248. So for less than half of his average annual salary he's been making since 2007, he could've bought his way out of a loan of over five million bucks. But he didn't. So now he's looking at potentially adding more than $3 million onto the total. Also bear in mind that I'm not using qualifiers like "allegedly" or "reportedly." Once a court rules that you owe, you owe. It's fact, not opinion. You can't come back later and say you're not on the hook for that money once a judge issues the order. Or if you sign the papers, the way Peterson did. Believe me, I saw a lot of that when I worked civil cases back at my old job and it never worked out for the one doing the owing.

If it wasn't so dishonest, I'd almost admire it. It takes a certain degree of balls to make what he's made and still not pay what he owes. But then I remember the most important episode "30 for 30" ever did, the one called "Broke," where the likes of Antoine Walker and Andre Rison ended up basically destitute. And it sets off all sorts of alarm bells that Peterson might be headed for the same fate. And all those kids he's supporting and has a bad history with will suffer if he does end up pissing through all his earnings. Then there is definitely nothing to admire about this.

The bottom line is that this is all a perfect example of what I call my Point of Sale Rule. It states that later on I don't want to hear some excuse that you didn't tell me at the time we made the transaction. Don't explain to me how the alternators in these cars are notoriously tricky a month after I bought it from you and it ended up dying on the highway. If I order the medium rare filet, tell me then it's going to arrive well done and cold, not after I cut into it. Over the summer the Irish Rose paid 2,500 bucks for an item that started to fall apart in a couple of months and the woman at the shop told her it wasn't meant to last forever. Again, info that would've been helpful before making the purchase. And if you're going to borrow $5.2 million from me, let me know I'll spend the next two years not getting checks and dragging you into court. As an older, wiser gentleman once put it when I was a young man, "There's always someone else doing business out there who will take your money and NOT treat you like an asshole." Good advice for you, me, and a guy who should have $100 million to his name.