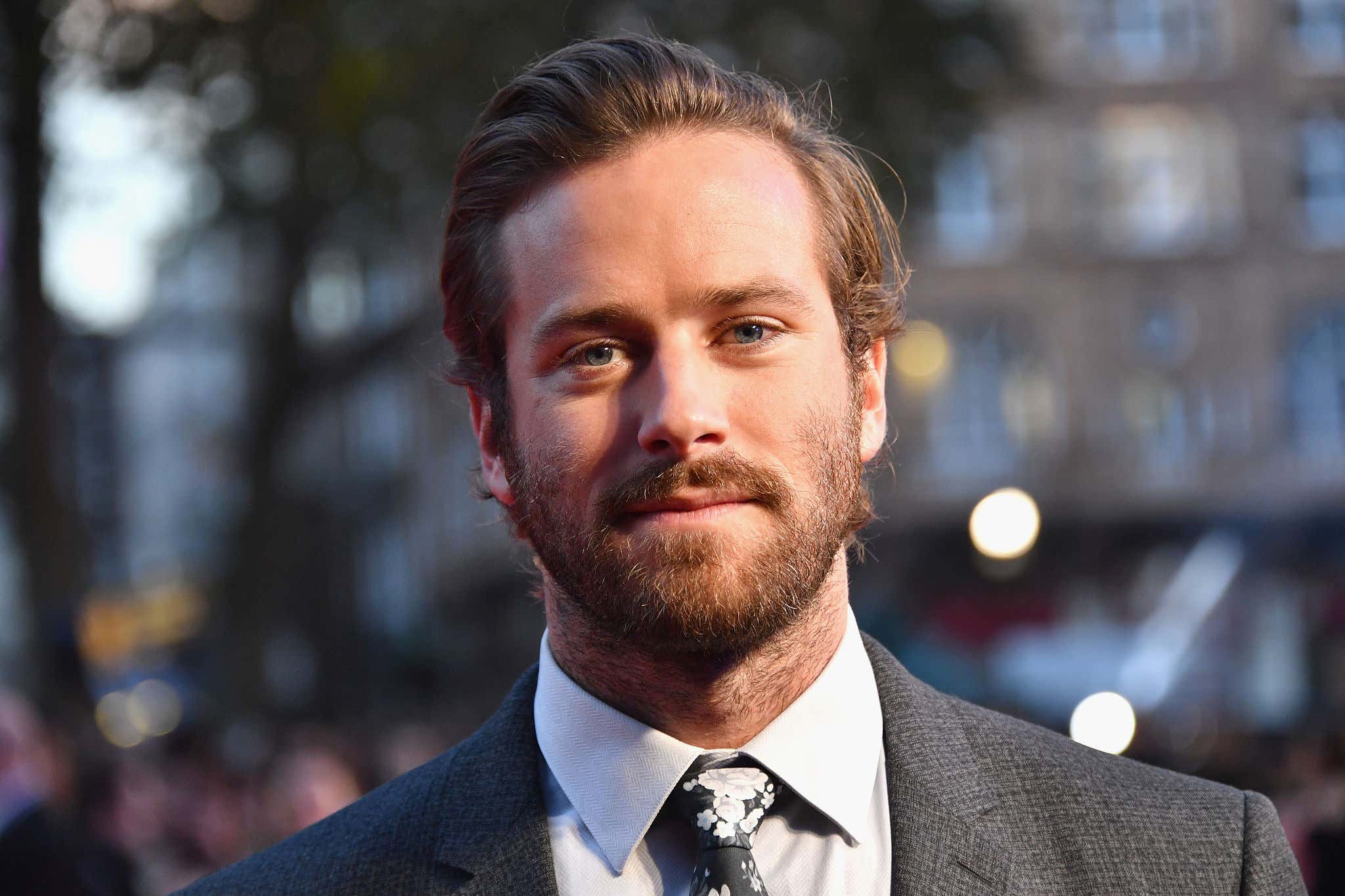 Page 6 - Armie Hammer’s latest ex-gal pal says their romance was like dating a wanna-be Hannibal Lecter — as the Hollywood star’s idea of pillow talk was fanaticizing about which of her body parts he’d like to roast and devour.

“He said to me he wants to break my rib and barbecue and eat it,” app founder Courtney Vucekovich exclusively told Page Six.

“‘F–k that was weird,’ but you never think about it again,” she says of overlooking the odd behavior at the time. “He says, I want to take a bite out of you. If I had a little cut on my hand he’d like suck it or lick it. That’s about as weird as we got.”

While Vucekovich, who dated Hammer from June to August, couldn’t confirm whether those specific screenshots were legitimate, she said they were no surprise.

“He likes the idea of skin in his teeth,” she claims.

Now, I'm not a kink-shamer. And I don't think Armie Hammer was actually going to break his girlfriend's rib, put on a nice dry rub, and smoke it low and slow for 15 hours in his Big Green Egg. Buttttttt I'm also not going to swear an oath on that either. Like gun to my head, do I think that if presented with the opportunity to eat a piece of his girlfriend, would he do it if nobody knew about it and nobody would find out? 100% yes, I think he would.

And this begs the question that comes from an infamous Reddit post- would you eat human meat if it was properly prepared? A dude had his foot amputated and him and his buddies made foot tacos. (NSFL link ahead!)

This blog has taken a turn. Anyway, it seems Armie Hammer is a big weirdo and that article also details a lot of abuse he put ex-gfs through, so all in all, maybe just stay away from the Ham Man if you don't want to end up on a skewer at his 4th of July bash.