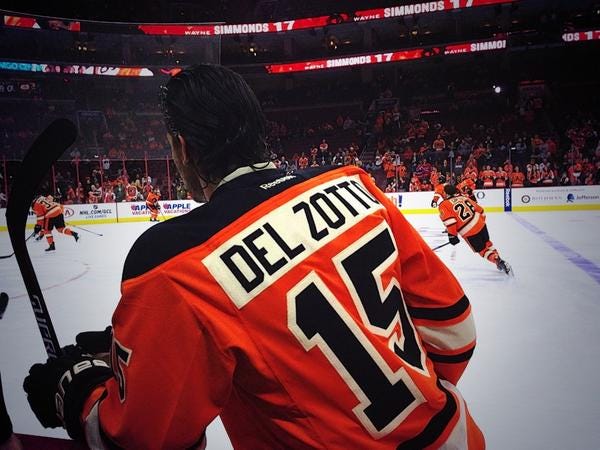 Well there you have it. Michael Del Zotto will be wearing the Orange and Black for at least two more seasons and my man just got PAID. When the Flyers brought in MDZ on a one-year deal worth $1.3 million last summer, plenty of people out there were skeptical. But it was a very low risk signing that ended up paying a very high reward. MDZ turned out to be one of the very few bright spots on the Flyers blueline last season. Playing with a defensive unit that makes you want to drink a gallon of bleach, Michael Del Zotto was able to find his game again and put up 10 goals and 22 assists. Pretty sure at least 9 of those goals were game winners that were snuck right under the crossbar, too. Sure, he may not be the most defensively sound defenseman in the league but the Flyers have 5 STUDS just waiting to get called up to play with the big boys who can shut it the fuck down. You need a guy like Del Zotto back there. A wild card. Someone who you don’t know exactly what you’re going to get out of him. Someone who isn’t afraid to take a few risks out there. Kid has a monster shot and he’s got some monster flow. That head of hair alone is worth at least $3 million so anyone saying the Flyers are overpaying here doesn’t know jack shit. Zorro is back and the future is bright.