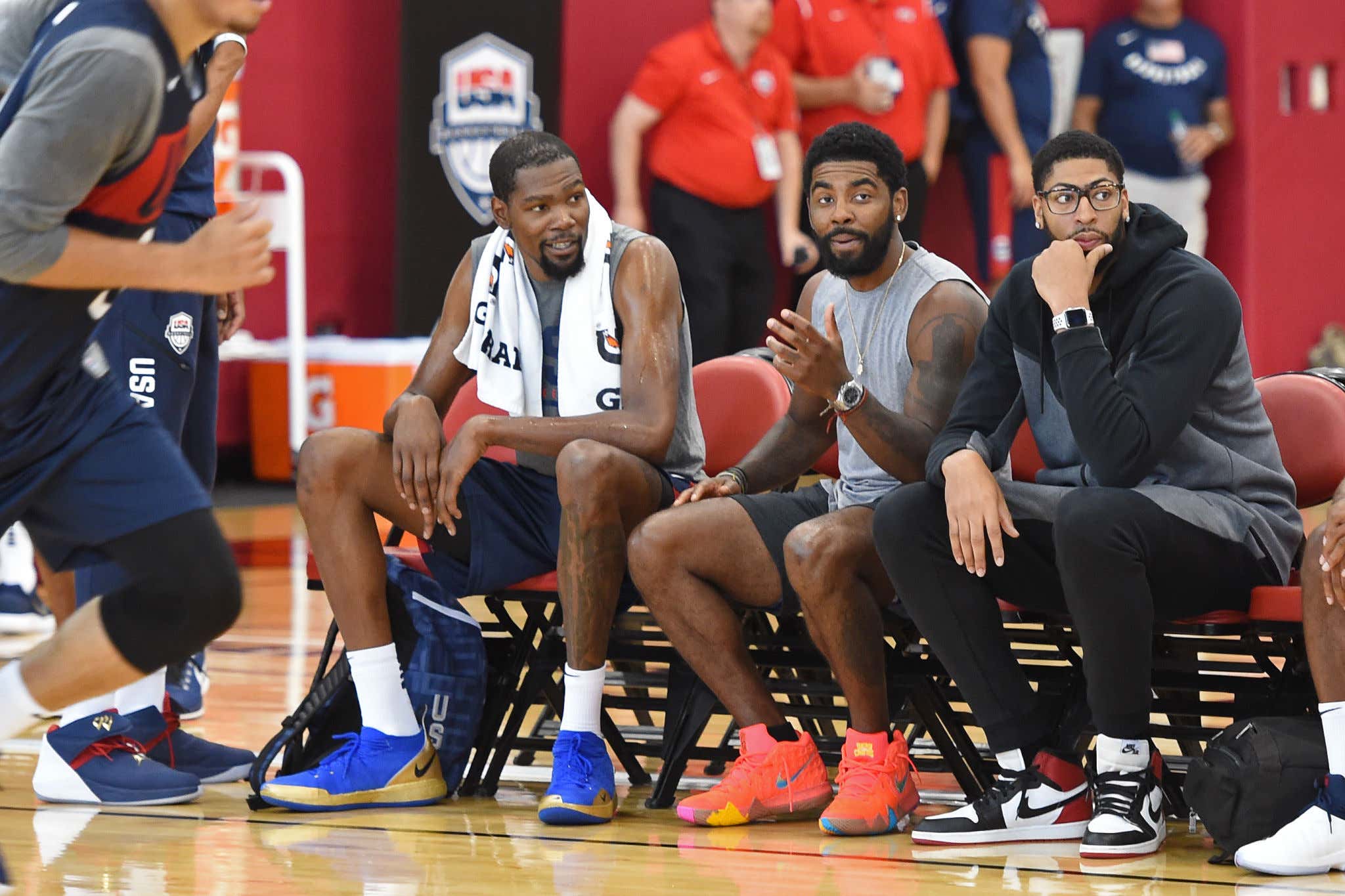 Player movement isn't exactly a new concept in the NBA. Having said that, gone are the days of a Dirk, Duncan, or Kobe where one superstar player stays with the same team for 15 plus years. Even someone like Paul Pierce got traded. It's just very rare and something that you could argue might be only be possible for a handful of players currently in the league. The flip side of that means we're getting more and more examples of players either demanding trades or making it clear they want to leave their current team in creative ways. While it may suck if you happen to root for these teams, for the rest of us it's wildly entertaining.

The last truly public trade demand that I can really remember is when Vince Carter wanted out of Toronto, but we've had some pretty public signs over the last few years that have pretty much started a trend if your a star player and you want out or you plan on leaving. We're at the point now where we don't even have to speculate. The thing is, the players continue to be rewarded for this! The last three times this has happened in the league the players ended up exactly where they wanted to be. That'll show the next unhappy star! It's pretty simple. If you want out, just make it public and you'll get what you want soon enough. Let's just look at recent history

The second James Harden and the Rockets were eliminated from the bubble, his plan was set into motion. It didn't matter who they traded for, who they hired as a coach, Harden's mind was made up. We first heard of the initial demnad in mid November, about 5 weeks before the start of the season

From there it was pretty much what you expected to see. A whole lot of James Harden in the club and not really giving a shit. Blatantly missing practice so he could party in Vegas. Not giving a shit about the new protocols and going to a club for a birthday party. He couldn't have been louder with the fact that he genuinely did not care about the Rockets and it was time to go….but to where he wanted to be. After the Rockets called his bluff since they had all the leverage, he did the one thing that he knew would guarantee a trade.

What happened next? He was traded to his preferred destination literally the next day. The Rockets really showed him! What really happened is every unhappy star player just saw the blueprint of how to get to the team they want to play for next. When it's taking longer than you want, you can stop trying, publicly disrespect your team and teammates by going to the club instead of practicing, and then when it still doesn't happen you just flat out burn everything to the ground publicly.

It certainly wasn't a secret that AD wanted out of New Orleans and preferred to go to the Lakers to play with LeBron, despite having years left on his deal. This is a guy that didn't exactly go the Harden route in terms of going to the club, but he did just flat out stop playing. What was interesting about his case was that he said he was going to wait until after the season to demand a trade, only to then demand a trade a few days later

If that wasn't enough, he then showed up to the last game of the season with the death blow

Remember when he said he didn't even realize what the shirt said that because he doesn't pick his own clothes? That shit still makes me laugh. So like Harden, AD did quit on his team and was fairly public about leaving and guess what happened. He ended up in the exact place he wanted to be! Again, the Pelicans really showed him.

Now their situations are a little different, but they were also very public about the fact that they were going to leave their teams and join up in free agency. Remember this?

They of course went into a big denial mode once this video went viral. Kyrie blamed the media for making shit up, that it was just two friends talking. That's true, it was two friends talking…..about joining forces. You then had the public dust-ups with Durant/Draymond, Kyrie couldn't stop himself from becoming more and more of a distraction in Boston, and the rest is history.

This basically confirmed to us that the best players in the league talk all the time about joining forces, despite being under contract. That's just how the NBA world works. Seemed to have to have worked out for them.

Technically the Warriors did a sign and trade for Durant, so I'm counting it.

You want to talk about someone being public when it comes to demanding a trade? Remember this?

The man planned a whole practice outburst and just so happened to do an interview about it the same day? Basically going on TV and demanding a trade was a wild move. Maybe the most creative tactic we've seen in recent years. Did it work? You bet! He was promptly traded to the Sixers. Sure they fucked that whole situation up and chose to pay Tobias Harris and Al Horford instead, but the fact remains that Butler wanted out, he went about it as loud and publicly as possible, and it worked.

The narrative around Kawhi is fascinating to me. He basically pulled a James Harden in San Antonio and said fuck those guys I'm not playing this season until you trade me. Was he hurt? Maybe, but it was about as public a trade demand can be without actually saying the words. It's no coincidence that Anthony Davis followed this path and just straight up stopped playing before he was moved.

But because he didn't exactly get traded to where he wanted and ultimately won a title with the Raptors, I feel like nobody really cares about what went down in San Antonio. But really it's no different from the other superstars on this list that wanted out.

So as you can see, the last 3 seasons have been loaded with stuff like this. It's pretty clear that if a star player is unhappy, the best way to get what you want is not to deal with things behind closed doors, but to make it as public as possible. As they say, it's a player's league. Now that other stars are seeing these guys get exactly what they want, this is only going to continue. It's only a matter of time before someone like Bradley Beal decides enough is enough and goes this route. It works. The precedent has been set and that's why every team in the league with a blue chip star player is probably nervous on some level. Guys are demanding trades earlier and earlier into their current contracts, and if they don't get what they want they'll either just stop playing, or go to the club and barely try if they do play. Until teams stop caving to these demands, it's not stopping any time soon.