Reuters - LAMEZIA TERME, Italy (Reuters) - One of Italy’s largest-ever mafia trials kicked off on Wednesday with more than 330 suspected mobsters and their associates facing an array of charges, including extortion, drug trafficking and theft.

The case targets the ‘Ndrangheta clan, which is based in Calabria, the toe of Italy’s boot, and is considered by prosecutors to be the most powerful mafia group in the country, easily eclipsing the more famous Cosa Nostra gang in Sicily.

The trial is being held in a converted call-centre in the Calabrian city of Lamezia Terme, with metal cages installed for the defendants and rows of desks set up for the hundreds of lawyers, prosecutors and spectators expected to attend.

But the initial hearing hit an immediate snag after the three judges assigned to the case asked to be recused, saying they had been involved in earlier aspects of the investigation.

Many of the accused are white-collar workers, including lawyers, accountants, business people, local politicians and policemen, who chief prosecutor Nicola Gratteri says willingly aided the ‘Ndrangheta in building its crime empire.

Speaking to reporters as he entered the courthouse, Gratteri said the investigation had encouraged locals to speak out.

“In the last two years we have seen a surge in lawsuits from oppressed entrepreneurs and citizens, victims of usury, people who for years have lived under the threats of the ‘Ndrangheta,” said the prosecutor, who has spent more than 30 years fighting the mob.

The state will call on 913 witnesses and draw on 24,000 hours of intercepted conversations to support the myriad charges. Gratteri said he expected the trial would take a year to complete, with the court due to sit six days a week.

Another 92 suspects have opted for a fast-track trial in the same case, with their hearings due to start later in January, while a much smaller group of defendants will stand trial in February over five murders - including the killing of a mafia hitman who was shot dead because he was gay, prosecutors say.

So this is a pretty huge deal in Europe and in Italy.

And not just because the continent's cocaine pipeline is in jeopardy.

In the 80s and 90s, La Cosa Nostra, which everybody associates with the Italian Mafia, was systemically prosecuted by European authorities. They were the family based out of Sicily that ran shit since the beginning of time. The group all the movies were based off and responsible for a lot of the ties to organized crime here in America since the early 1900s.

With the void created by La Cosa Nostra's takedown, the ‘Ndrangheta crime family happily stepped up to fill it. Based out of Calabria, 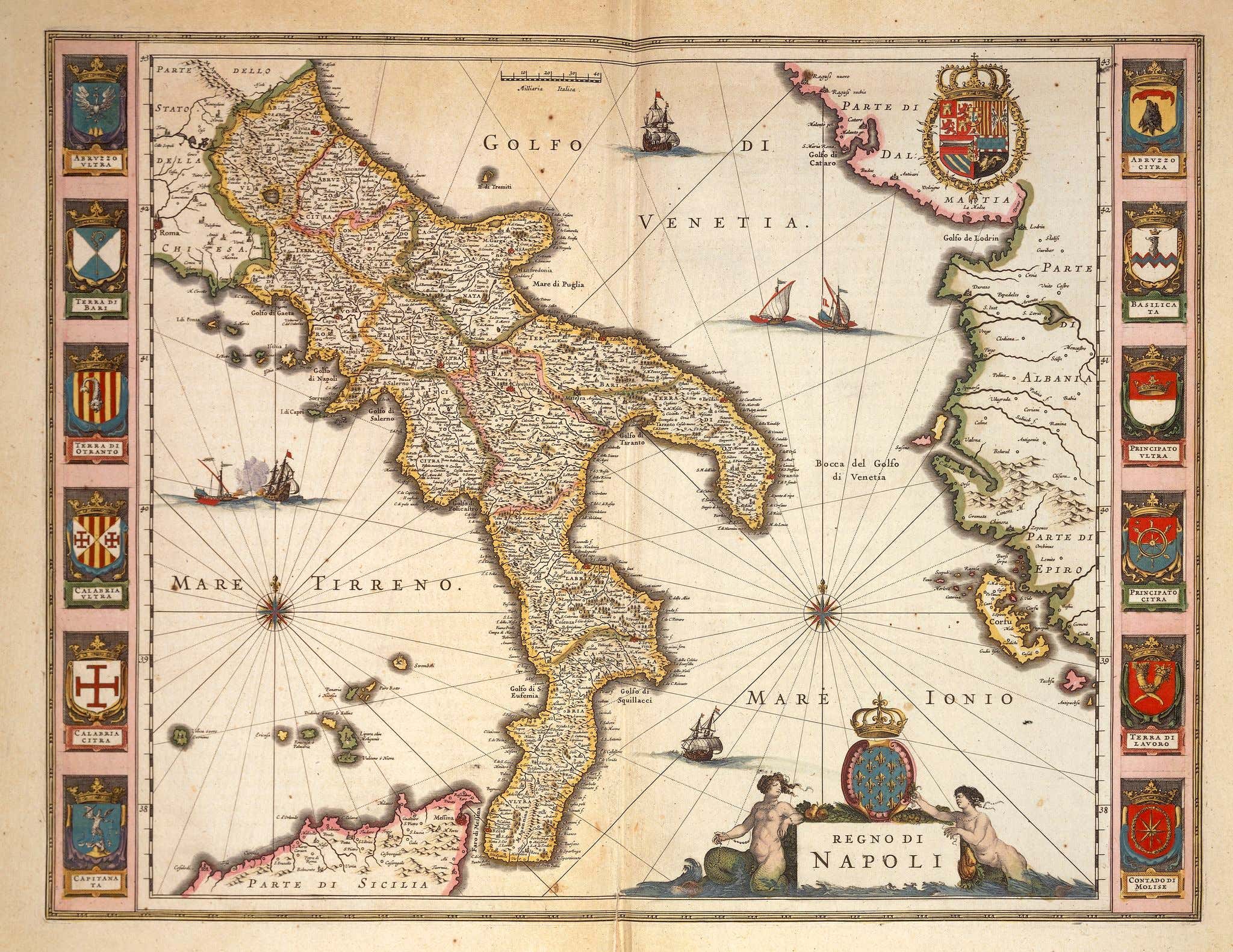 or, "the toe" of the boot, they couldn't have been in a better position to succeed.

For starters, you can see Sicily across the Tyrrhenian Sea. It's right there. The ferry ride from Reggio to Messina is shorter than the one from Woods Hole to the Vineyard.

The entire region is littered with towns like my family's (Cosenza, Reggio, Pizzo) that are what they consider modern cities, but we would consider one step above the third world. Electricity isn't a given, nor running water. It's 500 fuckin degrees in the summer and not only does air conditioning not exist anywhere, but fans are pretty scarce also.

The economy is awful. So awful that unemployment hovers around 40%. Forty-percent!

People that do have jobs (that actually pay them) usually treat them with pride and do whatever they can to hold onto them. Even what we would consider shit jobs. (sidebar- there's a major divide in Italy between the northerners and southerners. I would compare it to racism but they're all the same nationality so its more just straight-up prejudice. People in the north look down upon the south and see them as a disease to the rest of the country. They view them as lazy, uneducated, and basically good for nothing except crime.)

For those that aren't lucky to be gainfully employed, they're usually left to consider lives of crime. Which is where the mafia steps in.

The Mafia in Italy isn't what it's portrayed in American movies. It's much, much worse.

Their stranglehold on the country is incredible. They not only employ more people than the government, they obviously pay much better. Generations of the lower class, especially in the south, are in turn endeared to the organization despite the killing, extortion, and drug running. Like Robin Hood.

Just like American gangs, they prey upon and recruit kids young and indoctrinate them

But also interesting how the state was able to build such a case against an organization that's arguably more powerful than the government. If you think that's an exaggeration, a perfect example is how the mafia has straight up been extorting the Naples government for decades by not picking up the garbage unless they pay them. Sounds like a normal business deal except that this rate goes up anytime the mob decides it. The government says no, and then trash piles up for months and months on the streets until they cave.

"Politicians were involved, as well as lawyers, accountants, public officials, court clerks," prosecutor Nicola Gratteri, who led the investigation, said at the time of the arrests.

How they got all the people to turn that did, without fearing for their families and retaliation is nuts.

As is how they're actually trying everybody.

In one giant room, with holding cells, and cafeteria tables set up for defendants and their defense teams.

At the center of the trial is 'Ndrangheta kingpin, Luigi, "The Uncle" (il zio) Mancuso.

The highest-profile defendant is the alleged clan boss Luigi Mancuso, 66, also known as "The Uncle". Other defendants are said to go by nicknames such as "The Wolf", "Fatty" and "Blondie".

Luigi has already spent time behind bars and was released from prison after 19 years on July 21, 2012, after being convicted in the Tirreno and Countdown trials for drugs and mafia association.

The Uncle helped take a fledgling operation in the 80s and turn it into one that takes in over 53 Billion dollars in revenue annually.

the gang imports 80% of Europe’s cocaine from Mexico and Colombia through the container port of Gioia Tauro and its crime business is said to pull in a staggering £40billion a year.

In 2012 an Italian prosecutor warned: "The ’Ndrangheta runs the international cocaine market. I urge you not to underestimate the organisation or it will be too late."

Although it was only recently categorised as a mafia in Italian law in 2010, the 'Ndrangheta first entered the public consciousness during the 1980s and 90s, when the ’Ndrangheta carried out a series of kidnappings across Italy, in what was one of the bloodiest chapters of Calabrian history.

The gang is probably best-known for the kidnap of 16-year-old John Paul Getty, grandson of the world’s richest man, in Rome in 1973.

If you ever saw the Wahlberg movie "All The Money In The World" that was these guys.

Since then they've just become more and more ruthless.

Recently, it has been reported that alleged gang members are said to have fed a woman to pigs after she refused to give up her land to a neighbour with ties to the mafia clan.

Maria Chindamo, a 42-year-old businesswoman, from Italy's Calabria region, became the latest in a long line of people from the region to disappear without a trace when she vanished on May 6, 2016, from outside her farm in the Limbadi municipality, near Calabria's western coast.

Top anti-mafia magistrate Roberto di Palma probably put it best when he warned: "The ’Ndrangheta is like an octopus and wherever there’s money, you’ll find its tentacles."

Should be plenty of wild stories to come from this trial.

p.s.- I need more info on this gay mob hitman. Anybody write screenplays out there? I think I have a slam dunk for us

p.p.s.- if you're looking for a better look into how shit operates in Italy last years "The Traitor" did a great job