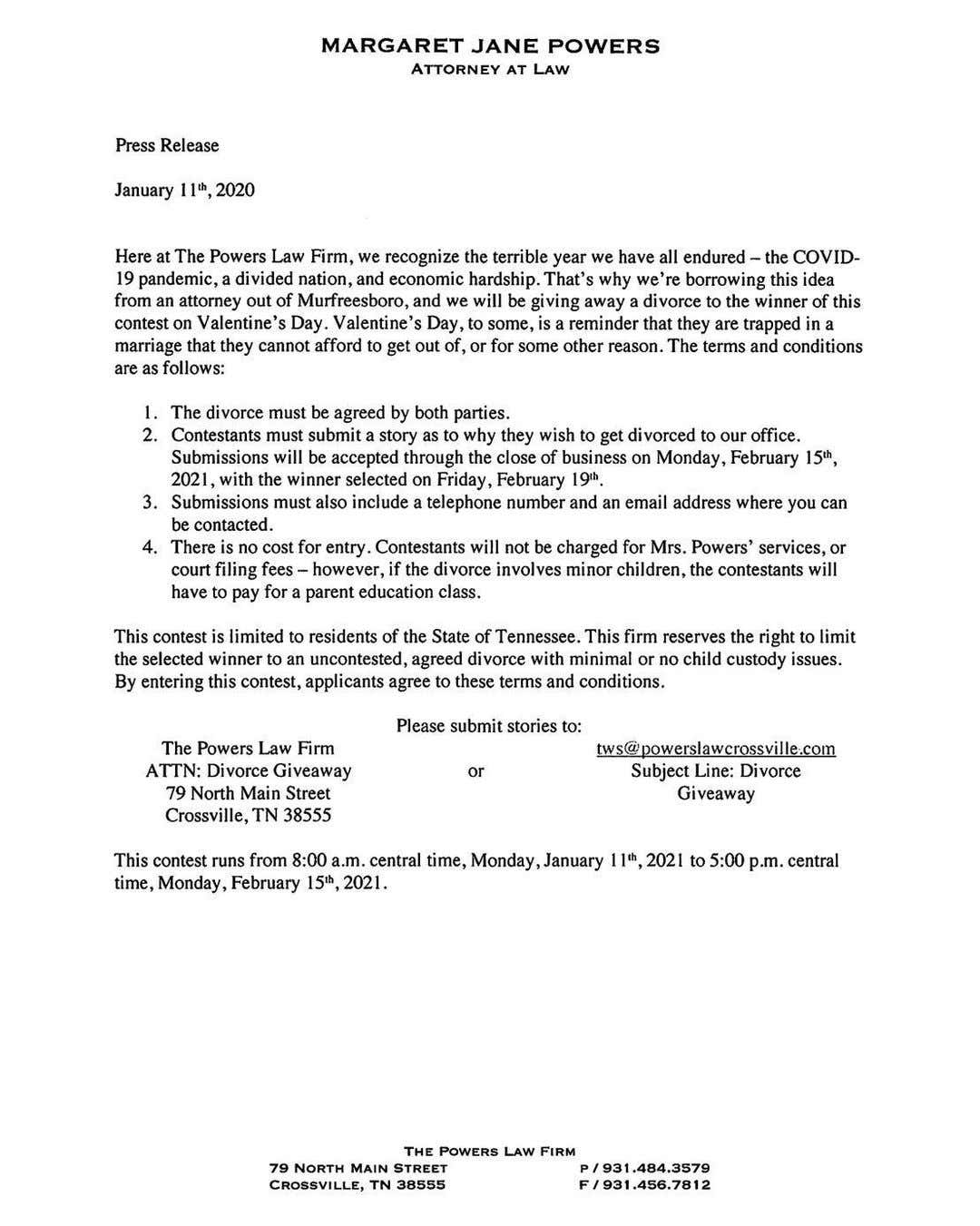 Somewhere in the little town of Crossville, TN (between Knoxville & Nashville) there's a lawyer who is clearly ALERT & ready to end your marriage on the house this February: Margaret Jane Powers. 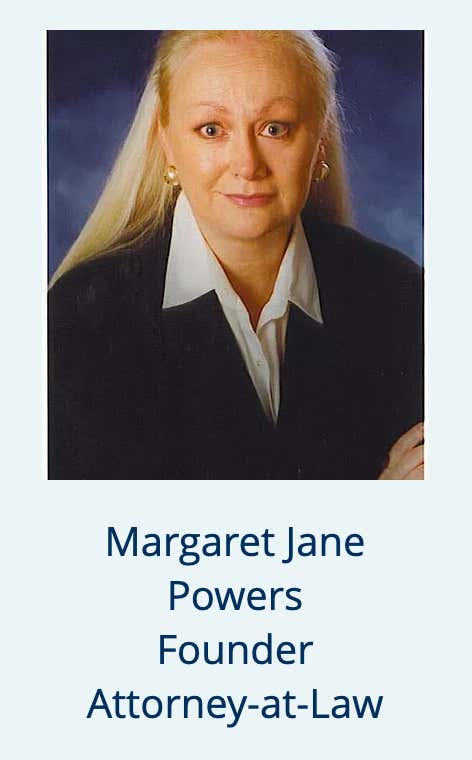 I love that the intro paragraph of her release doesn't pussyfoot around. It states that a generally shitty year (& another Tennessee attorney) inspired the sweet idea, and that - "Valentine's Day, to some, is a reminder that they are trapped in a marriage they cannot get out of". Not exactly the most romantic sentiment but she's not wrong, folks.

Worth noting, the other attorney she's referring to is W. Scott Kimberly of Murfreesboro and 2020 marked his third year in a row of giving away free V-Day splits.

Last year, Kimberly selected two winners of the giveaway, "which resulted in twice the work for the office, but twice the reward for the recipients."

“Honestly, I had a hard time narrowing down the entries last year,” Kimberly said. “So, in the end, I ended up picking two different people to help, both of which are now divorced and able to move on with their lives.”

No word on if he'll be doing it again this year, but at least Powers is picking up the torch (or the extinguisher?). Personally I would LOVE to be the one who gets to read through all of the entries since they have to submit a joint story saying why they should be the ones for the free D.

And you know what? Maybe love isn't totally dead. Perhaps it's in this telling that some couples will realize they really do still love each other and that it is possible for two people to… ::sigh::