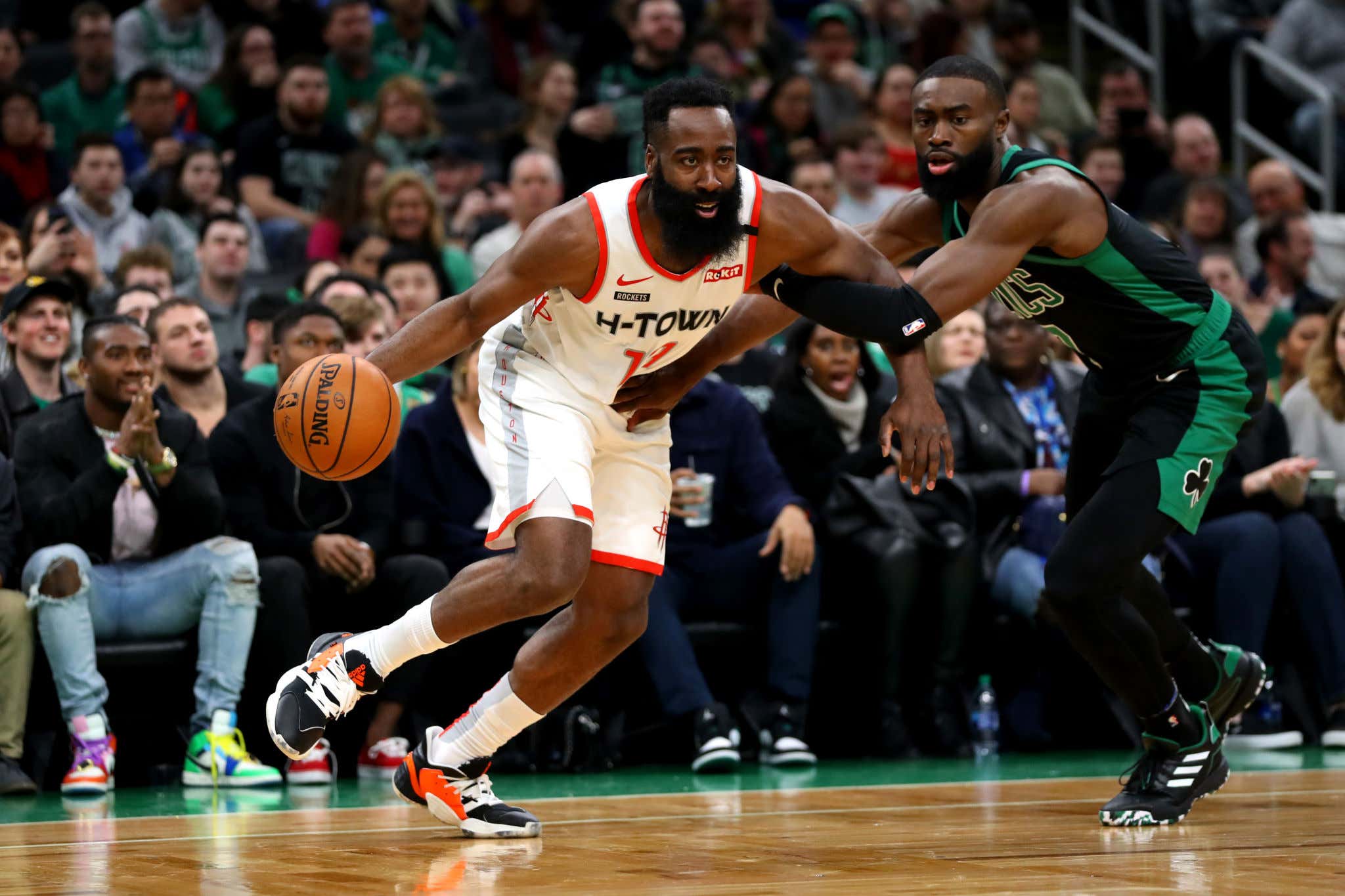 I've been pretty open on this here website with the fact that I am a gigantic James Harden guy. I've been on Team Harden since our days at ASU together. I love watching him play and fully understand that he is one of if not the greatest offensive talents the league has ever seen. A generational scorer if you will.

But let me be perfectly clear here. Danny Ainge better stay the fuck away.

We know what the Rockets are asking for. They want a young franchise player and a whole bunch of picks in return for Harden, as they should. They have all the leverage seeing as how he's under contract for the foreseeable future. So to me, that means you are not pulling off this trade without including Jaylen Brown. You then also need to include someone like Marcus Smart to make the money work. I do not think the Rockets are going to be interested in a potentially banged up Kemba Walker, especially with John Wall on the roster. They need to improve their defense, which is why I think the ask is starting at Jaylen/Smart.

Here's why that's a bad idea. Not only because Jaylen is blossoming into a legit All NBA player at the age of 24, but if you combine everything it will take to get Harden to Boston, I'm not sure the Celts are better off. For a team that is already thin in terms of depth, things would look even worse after you include all the players needed in order to make the money work. It'll probably also cost you Romeo or Nesmith too. If your trio is now Kemba/Harden/Tatum, it now also completely changes your timeline. You go from potentially contending for the next decade to basically needing to win a title in the next 2-3 years before the window closes. After that, when Kemba and Harden are up and most likely don't get second contracts in Boston, you're left with no assets and basically only Jayson Tatum who will just be entering his prime. With no guarantee that you actually win the title, that feels like the wrong path to go down.

For a team that just lived through what bad team chemistry can do, I don't know why you rock the boat right now when you honestly don't have to. Yes, this team needs to show they can get over the hump and actually make an NBA Finals. But this is just Year 2 of fully committing the team to the Jays, and things certainly look pretty damn good so far. I truly think that if they were to gut their team to pull off a trade for Harden it's actually a step back. Unless there is some fantasy world where you bring in Harden and don't give up either of the Jays, I just don't see how it brings you closer to a title.

This is one of those moments for Danny Ainge. I know people want him to be aggressive and actually make a move, but there are other ways to build this team into a group that can make the Finals. You don't have to give up your young promising cornerstone player, the heart and soul of the team, and a bunch of picks. Even if that player is a once in a generation scorer.

Thank you for coming to my TED talk.