(TMZ) - Jose Canseco is putting a fight with Logan Paul on the backburner -- for now -- 'cause the ex-MLB slugger has agreed to a boxing match with Barstool Sports intern Billy Football!! Remember, Jose has called out the oldest Paul bro for months, saying he wants to get violent payback after his daughter, Josie, and Logan's split "left me with a bit of a bad taste in my mouth."

But, TMZ Sports has now confirmed, Jose has 100% agreed to get in the ring with the "Pardon My Take" podcast contributor first ... with the 2 slated to face off during Barstool's "Rough 'N Rowdy" boxing event during Super Bowl weekend.

YOU'RE GODDAMN FUCKING RIGHT THEY ARE TMZ! And now we only have to wait less than 3 weeks until the greatest boxing event in sport/human history takes place AKA 56 year old Jose Canseco vs 21 year old Billy Football/the entire world... LFG.

For the uninitiated wondering, "uhhh how the fuck did we get here?", well you're in luck pal. Long story short, this is a fight about HONOR above all else. Back in March of 2019 Jose insulted Big Cat's boss A-Rod, of A-Rod Corp, which led to this moment of defense + an ass kicking GUARANTEE on the Barstool Rundown:

Years passed without a peep from Jose until this random day in December 2020 where he decided to chirp again... But with another 2 years of labor/snacks added onto Big Cat's already strained back (ICYMI he co-hosts the #1 podcast in the world Pardon My Take with all-time celebrity guests 3x per week) there was NO way his body could endure that fight now...

But thankfully just as Big Cat did for A-Rod, a loyal member of PMT stepped up to fight as his champion. ENTER, #1 intern/meat eater Billy Football… And once Dave Portnoy offered $100k to the winner within minutes of Jose's tweet, it was fucking ON…

And so here we are… a 56 year old Jose Canseco, to some a MLB legend & others an all-time villain, will be boxing versus a 21 year old intern named Billy Football on February 5th, 2021. What more do you want from a boxing match? This will be WILD.

And as if that isn't enough, we'll also have 20 other fights with NO HEADGEAR including a 4'3'' vs 4'5'' Lightweight Title match, 2 other title fights, girls boxing, plus our live ring girl contest and Dave Portnoy + Big Cat on the call!

You WILL regret not seeing this madness unfold live especially with our RnR 13 PPV only costing $19.99… Also you'll only be able to order ON February 5th so set your reminders now… It's gonna be a fucking goddamn slobber knocker of a fuckfest on 2/5. GUARANTEED. 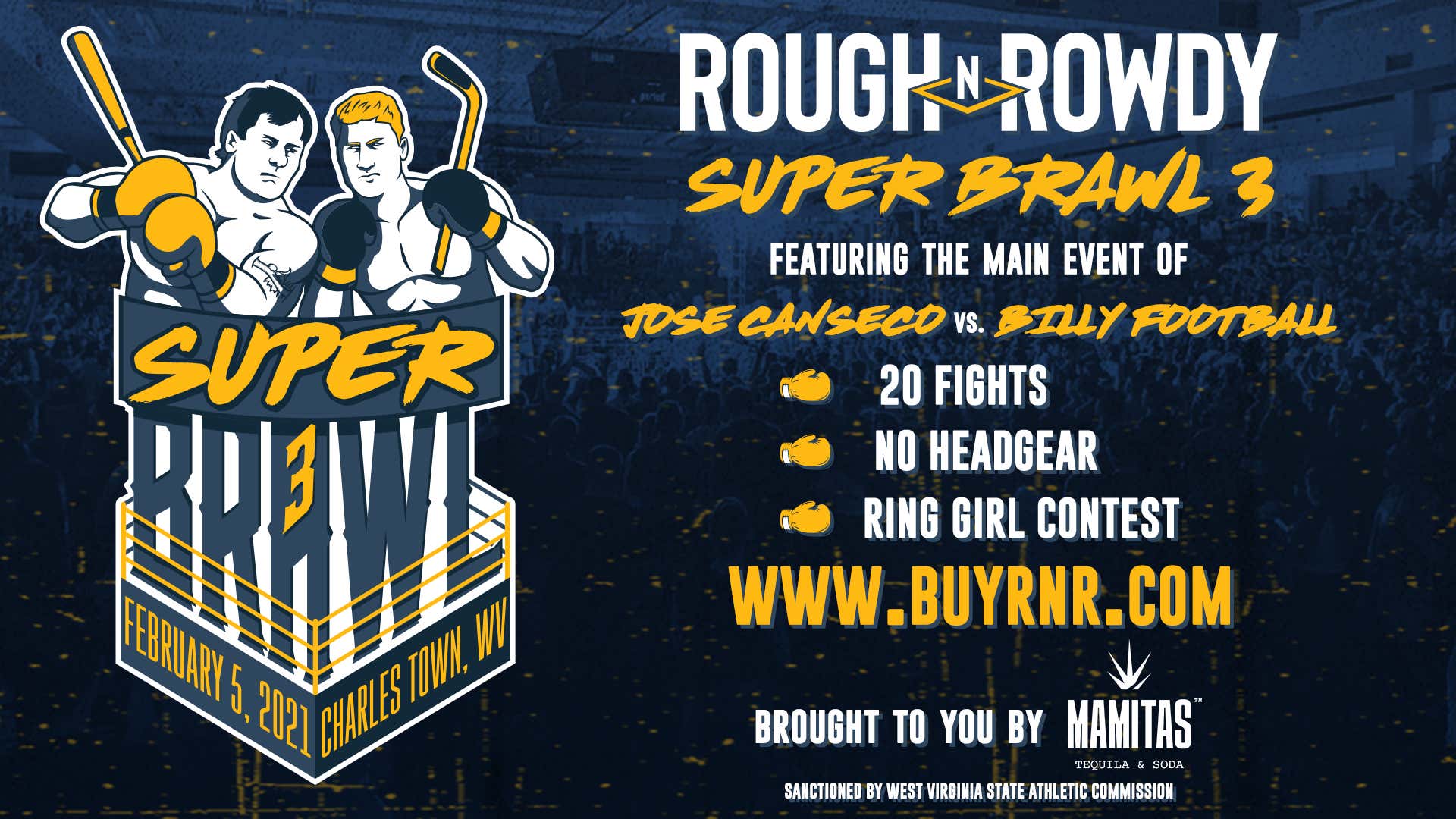