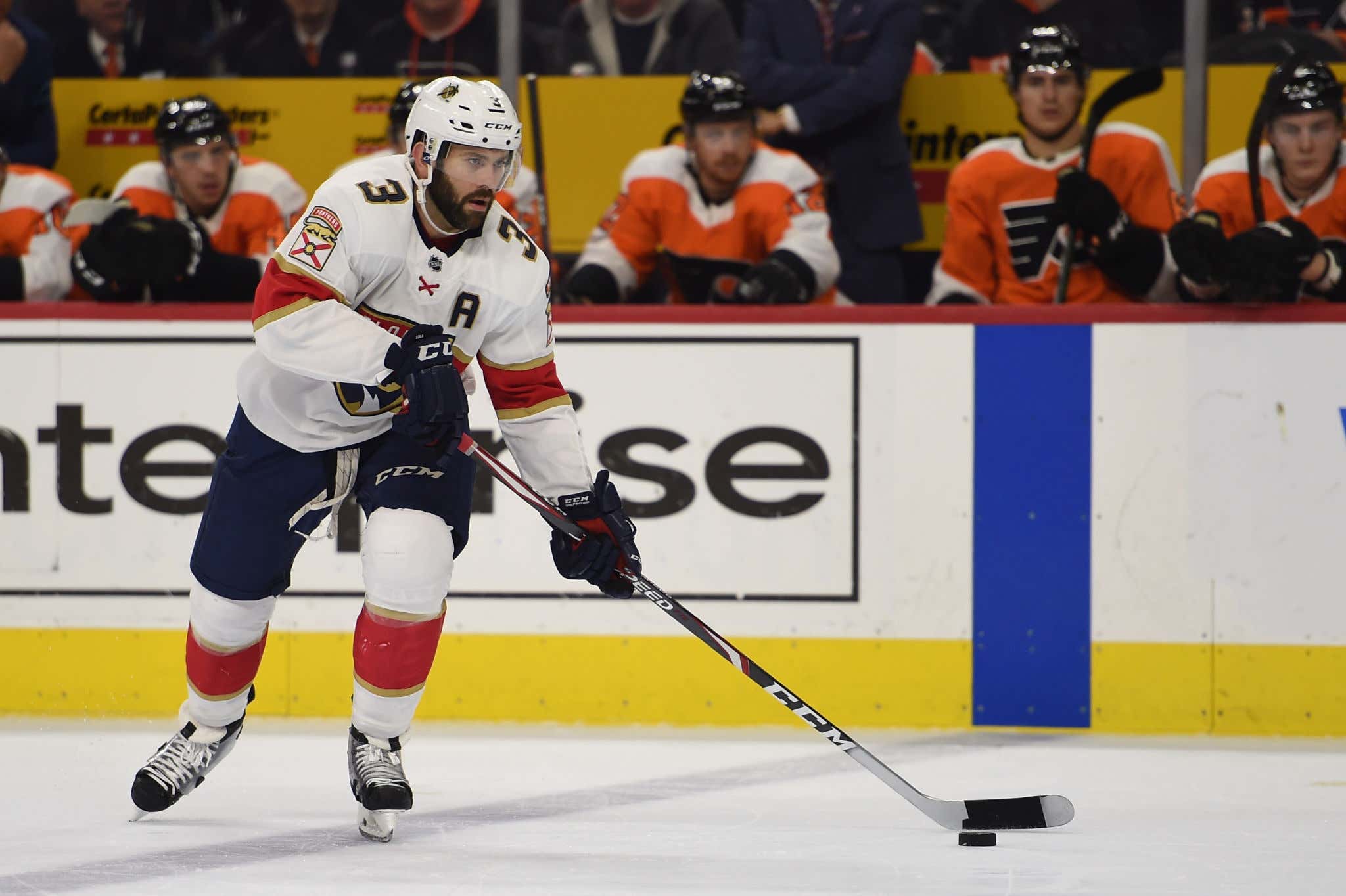 TSN - Keith Yandle's ironman streak is in jeopardy with the veteran defenceman on the outside looking on the Florida Panthers blueline.

The 34-year-old has appeared in 866 consecutive games – the NHL's longest active streak – but according to TSN Senior Hockey Reporter Frank Seravalli, that streak is expected to come to an end early this season.

"Keith Yandle has fallen out of favour with the Florida Panthers," Seravalli said Tuesday on Insider Trading. "They’ve let it be known to him that he does not factor into their plans for this season. And I think in a perfect world for the Panthers, they would send Yandle to the taxi squad. But in this case, he holds the hammer with a full no-move clause and cannot be put on waivers without his permission."

I'm actually really interested to find out exactly what the Florida Panthers plans are moving forward. Because for the life of me, I can't figure out how a guy like Keith Yandle doesn't factor into those plans while they simultaneously sign Radko Gudas to a 3-year contract this offseason. To me, that sounds like the Panthers' plans for the next few years is to suck.

This is an organization that has not won a single playoff series since they got swept in the Cup Final to Colorado back in '96. An organization that is wasting two of the best talents in the league with Aleksander Barkov and Jonathan Huberdeau only playing 10 playoff games in their careers so far. An organization that went out and hired Joel Quenneville, signed Sergei Bobrovsky to a horrific 7-year, $70M contract, and still would have missed the playoffs last season if it weren't for more teams getting into the qualifying round.

We are laughing! Bringing in Radko Gudas and telling Keith Yandle to hang out in the press box. That, my friends, sounds like Bill Zito just rolled into Sunrise, Florida in a gigantic tank.

So it's only fair that the Panthers free Keith Yandle to a team who will actually be able to utilize his talents. And because they're clearly tanking, they should be forced to retain a good chunk of his contract in the process. They can afford it. They're still a little more than $5 million under the cap right now. Retain salary and let Keith wheel. Perhaps pair him up again with his sandbagger partner, Kevin Hayes, and send him to Philly in return for Justin Braun. Just a thought.