Let's rewind for context, first, following the Steelers LOSS (they lost) to the Browns in the first round of the Playoffs, he said this...

It's not crazy to expect the Browns to get destroyed this weekend. They're still riddled with injuries, COVID issues, and more, and they're playing the fucking Chiefs.

...but the Browns also just beat the fucking snot out of the Steelers, and Claypool, as good of a game as he had (he also noted on his live-stream that the Browns matched him up with garbage players), was on the losing end. Was the continuing of the shit-talking really warranted?

So I followed up with a video on Instagram about Claypool's comments, JuJu's "Browns is the Browns" comment, and to buy our new shirts and hoodies...

Our social team, being the smart lads/ladies they are, tagged Claypool, and he replied calling me a "weenie."

Off the top, that's a fair statement. "Weenie" isn't exactly a dagger to the heart in terms of burns, but I am typing this inside a room lined with Star Wars toys on the wall… so I'll wear it.

Is he a pretty great player already? Yes, no denying that. But I think Chase Claypool should also wear the fact he's 1-2 against the Browns and just got waxed at home. Ben Roethlisberger is something like 24-3-1 in his time vs. the Browns. He can talk endless shit, some of the new guys? Let's pump the breaks maybe.

I know Chase Claypool is also looking for engagement on social media. I get what he was going for here and respect it a little bit. He was connecting with the fans (which is cool as hell) and trying to boost his numbers and ratings, so he tossed out some silly comments. Though, I am not sure what I would know about ratings, viewershGn PPef fKLa f I094I LEFK    F-we ---- E- -AF w  FEF

Whoops, sorry, dropped my two Emmys on the keyboard by accident. 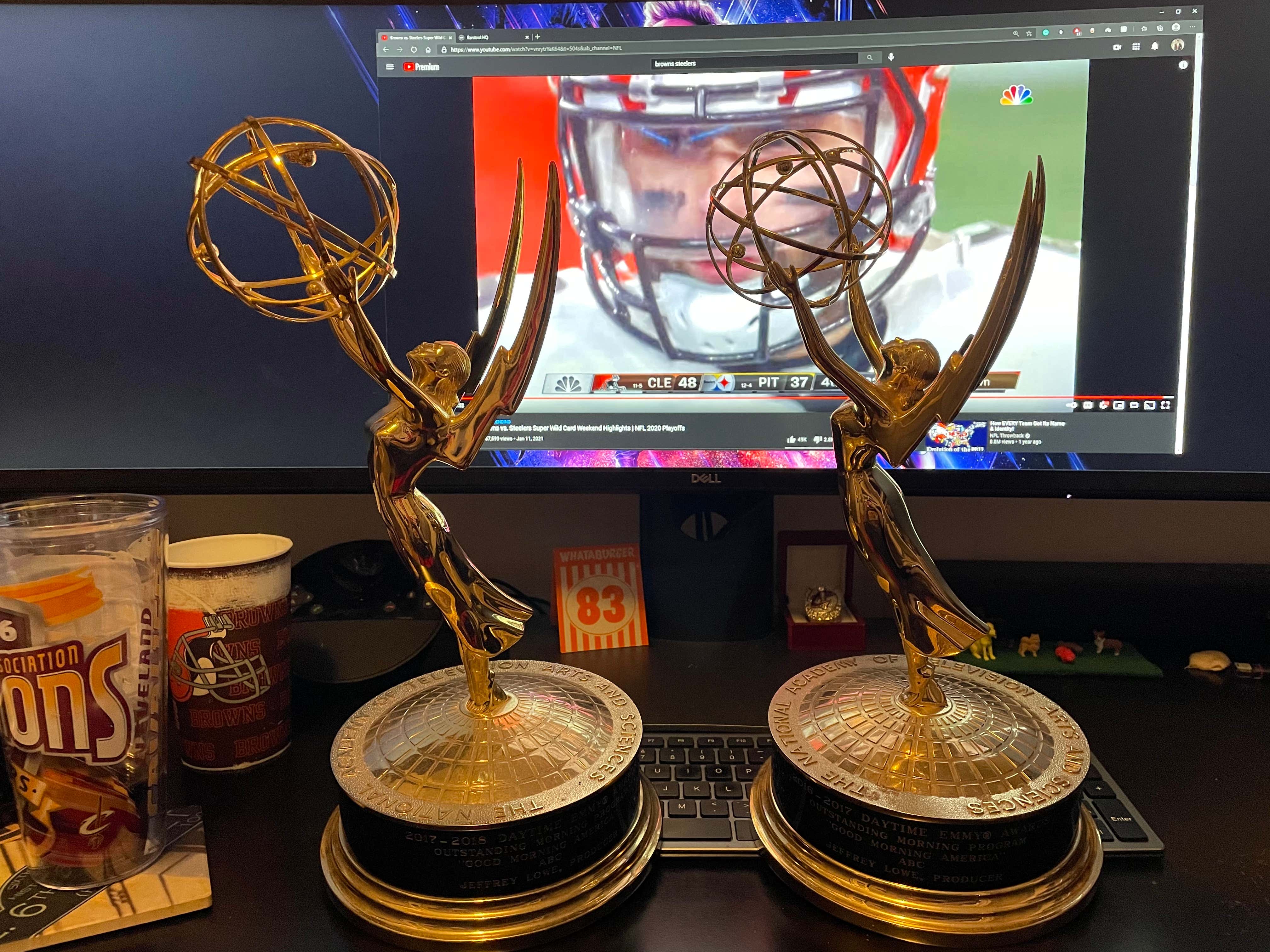 Actually, wait a second, let me check something… 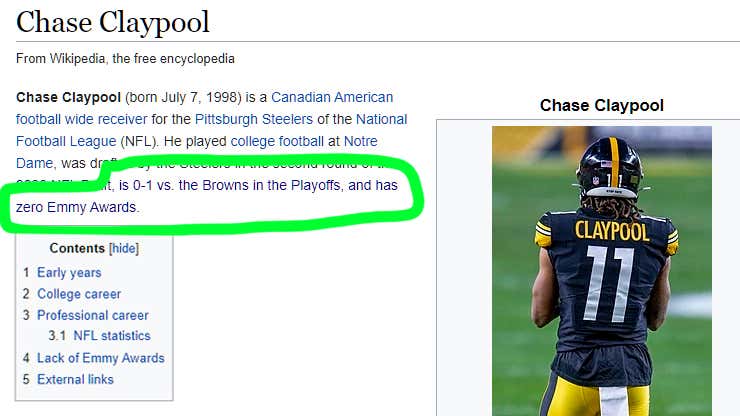 Okay, I couldn't remember. Chase Claypool does have a nicer desk chair than I do, so he does win that battle.

Anyway… I lost my train of thought, the previews for the Browns vs. Chiefs Divisional Round game are playing too loud in the background. I know I'll be watching on TV this Sunday, and I am sure Chase Claypool will be, as well.

…so he has an open invitation to join us on the podcast and talk movies whenever he wants!

Onto the Chiefs. Go Browns.