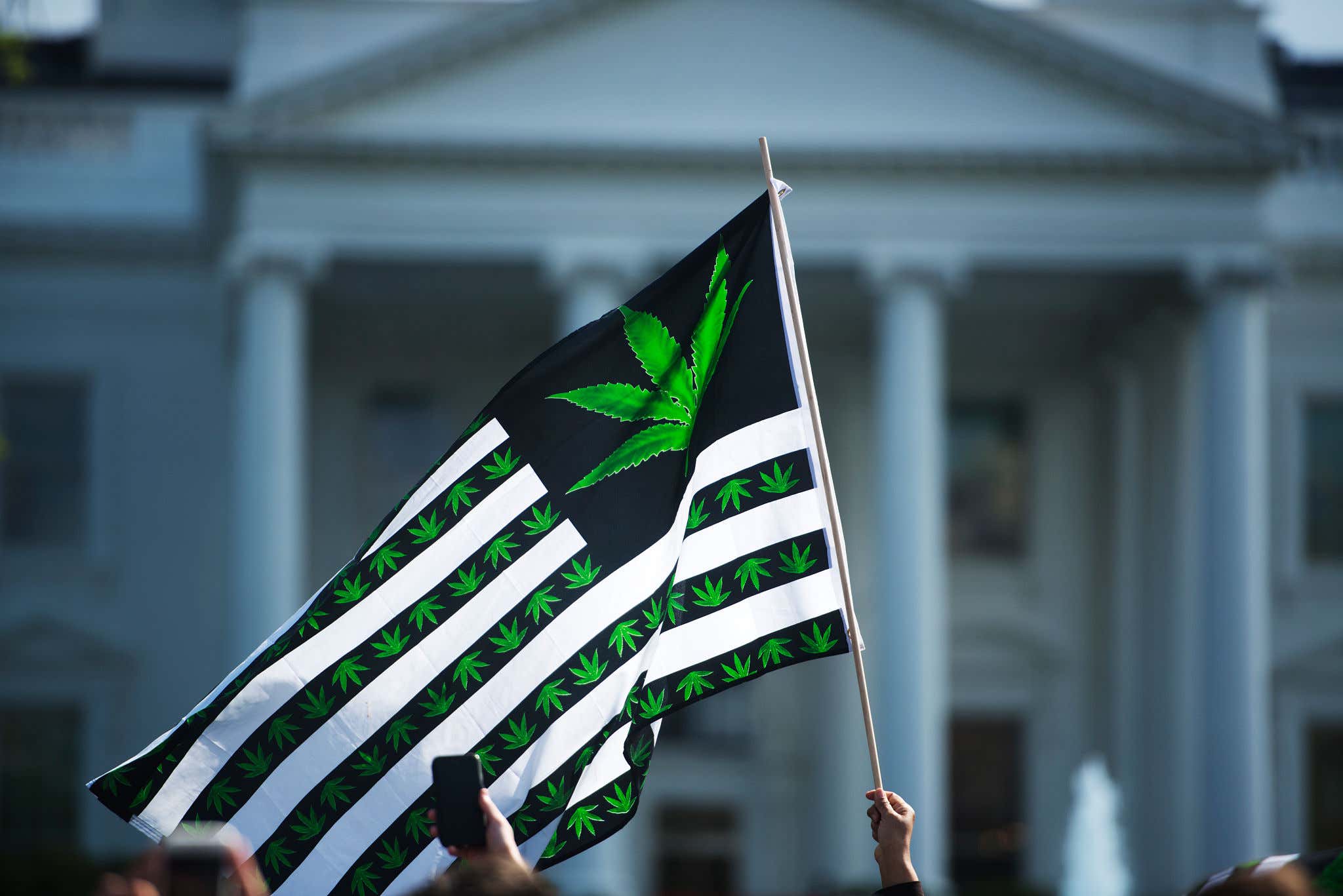 This whole time we have been waiting for a vaccine to swoop in and save the day, we forgot about one small problem- the remoron anti-vaxxers out there who would rather their kid get polio than get a 3 second shot in the arm. Anti-vaxxers are the biggest drains on society outside of people who read Deadspin unironically. But finally, a solution has emerged. No, not to the Deadspin problem, there is literally no cure for the writing equivalent of farting into a wine glass for the smell of it

but to the vaccine issues, the solution is here: Weed.

Vice - Some COVID-19 vaccines administered in Washington D.C. this spring may come with a party favor: weed.

Cannabis reform activist group DC Marijuana Justice (DCMJ) announced in a press release Monday that, come spring 2021, if vaccines are widely available to the public, they will hand out free bags of cannabis at some vaccination sites in the district. Cannabis is legal to use recreationally and for medical purposes in D.C.

“To celebrate this momentous occasion and thank people for getting vaccinated, dozens of D.C. home growers will lawfully distribute free bags of cannabis outside vaccination centers as soon as the general public is able to get vaccinated,” the release said.

The "Jabs for Joints" initiative is one the group said in their release will hopefully encourage more people to get the vaccine. “I want people to get the shots and to know they are appreciated for doing so,” said DCMJ co-founder Adam Eidinger to Motherboard in an email.

But of course. Sex, money, or drugs, the 3 solutions to all of the world's problems. 98% of problems or situations can be solved by some combination of sex, money, or drugs. And in the case of vaccinating people so we can go to concerts again, the answer appears to be drugs.

Now, our government isn't bright enough to ever offer solutions. Think about how much better we would have done as a country if they paid us more than $600 for 6 months of staying home. If they gave bars and restaurants literally anything at all. But since they are all ding dong brains, we are at peak death rate, 10 months into this thing. It's insane.

We humans are a simple breed who like simple things. Baseball. Ice cream. Money. And weed. Offering us one of those 4 in exchange for getting a vaccine should have been the first thing the government thought of, so thankfully the DC Marijuana Justice is doing the work our elected officials won't.