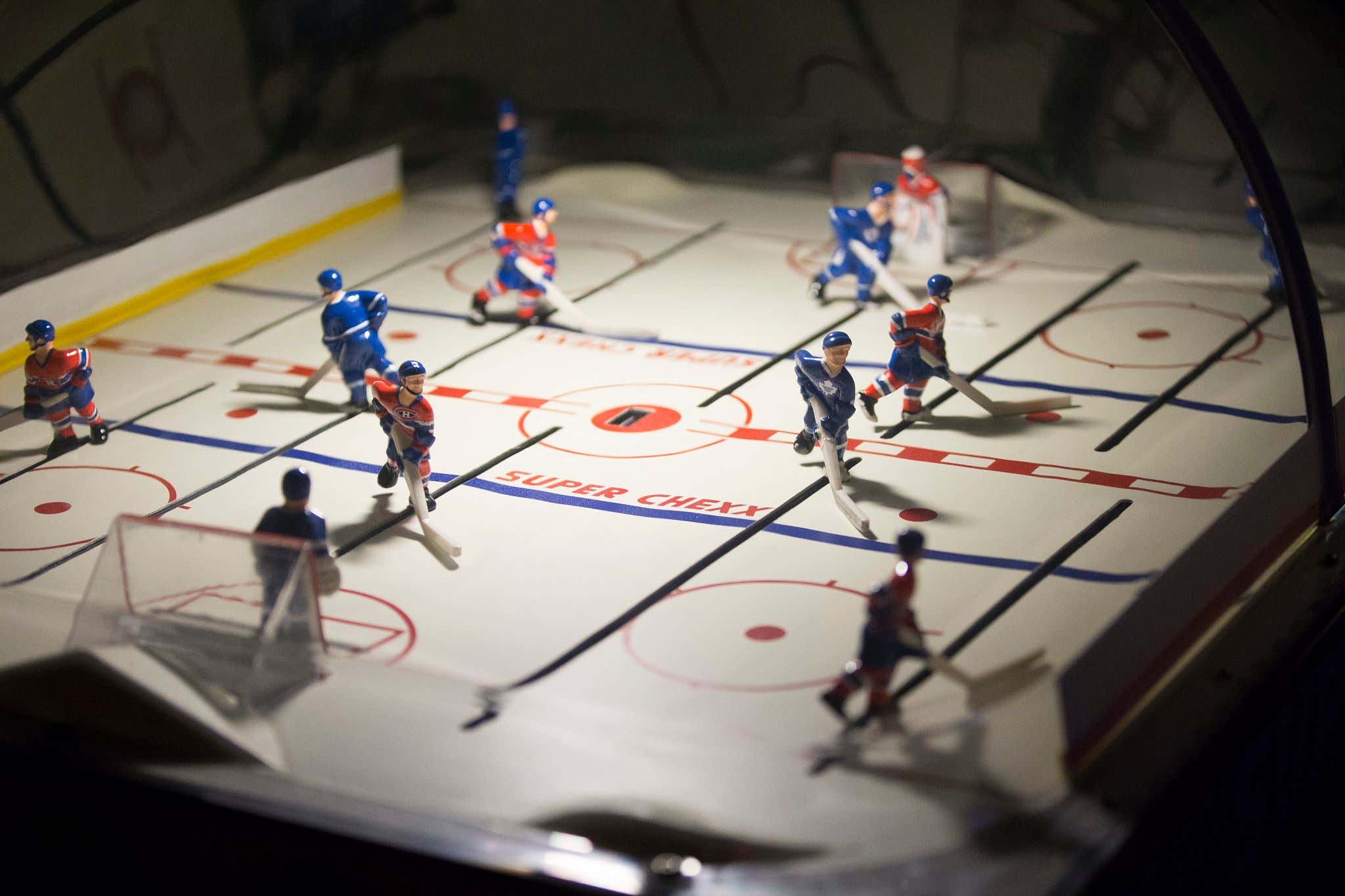 Bubble Hockey is a lost art these days. I remember a time where you could walk in to any rink across the country and there would be at least one bubble hockey table waiting there for you in the lobby. Maybe it's just that I don't find myself in as many rinks these days, but I still have to imagine these are becoming ancient artifacts. Maybe you're lucky enough to have a buddy who has a sick basement and has a table set up down there. But chances are you haven't played in quite some time.

Regardless, we all had that one player on the "ice" who we knew we could rely on in crunch time. Down by a goal in the final minute of the game? There was always going to be that one position you were getting the puck to.

Were you feeding the slot and trying to blast home a one-T from the center? This would take plenty of coordination. Not only would you have to set up the center in the perfect position to rip that one timer right away, but you also had to make sure you had the puck perfectly set up on the winger's stick to sauce that pass to the slot. Not an overly simple task.

Were you an absolute meathead who would just spin the sticks with reckless abandon from the point? Simply trying to bully that puck into the back of the net through pure physical force? Perhaps catching a nice bounce or deflection along the way? What the point blast lacked in skill, it would always put your opponent on his heels trying to keep up with the puck while you continued to just spin the shit out of the sticks hoping to cash in a garbage rebound goal.

For me, personally, I was more of a left wing kind of guy. Now if I had a bubble hockey table of my own, I would probably flip the left and right wingers. Get those sticks toward the middle of the ice for a better angle. But the left handed shooter from about halfway up the wall, puck right at the edge of the blade to get that nice flick release, trying to go farside. That's the move right there.

Moral of the story, I really need a bubble hockey table in my life again.