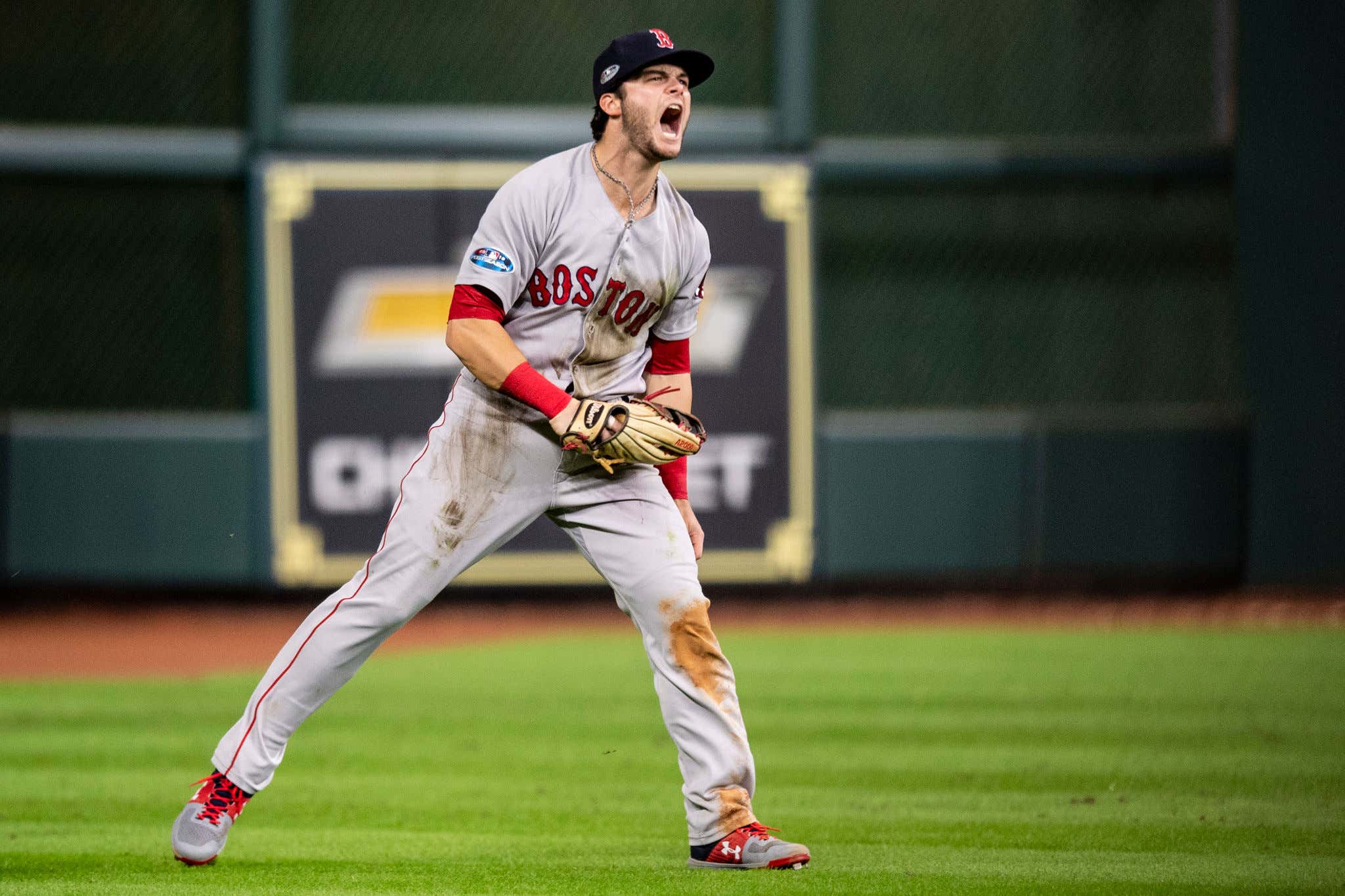 Am I surprised? No, not really. Surprised isn't the word. I don't feel great about it, though.

If you've been following along this offseason, then the news of a potential Andrew Benintendi trade should not be coming out of left field for you. No pun intended. This has been a possibility since the final out of the 2020 season. The Red Sox would be exploring any and all avenues to improve their organization not just in 2021, but for the foreseeable future as well. That's where this Benintendi trade comes into play.

As of right now, we have no clue what the return would be. It's tough to even guess at this point, because we're talking about a 4.5-win player in 2018 as part of a World Series winner in his age-23 season. Since then, though, Benintendi has accumulated 1.7 WAR in 152 games. That includes his absolutely dreadful 2020 season where the outfielder hit .103 with a .442 OPS and struck out 17 times in 39 at-bats. Small sample, yes. But it was really, really bad. And his 2019 season was quite the drop-off from his 2018 campaign.

That, and defensive metrics don't love Benintendi. Measurements to document his speed have shown a steady downward trend year over year. In most cases, we'd be able to say, well, he is what he is. I don't necessarily agree with that. Benintendi is heading into his age-26 season in 2021. He's still very much in his prime, and the potential for his 2018 form to return is not some outlandish fanboy fantasy. He's twenty-six. And when you consider how bad he was in 2020, you could not possibly sell any lower on a player than what you'd be selling Benintendi for at this current moment.

Maybe there's a team (or teams) out there who have the same line of thinking that I do. Maybe there's a team out there who is willing to throw 2020 out the window entirely and believe that 2018 Benintendi is still in there somewhere. That's what I believe. If that version of Benintendi shows up in 2021, then I'd imagine the return in this deal would not be anywhere close to satisfactory. That's a big "if" to some fans, media members and talent evaluators. It would appear as though one of those talent evaluators is Chaim Bloom, who knows a lot more about baseball than we do.

If and when this thing goes down, we'll be able to dissect the trade more fairly, as we'll then know what Benintendi netted for Boston. But as of right now, I'm not crazy about selling low on Benintendi. I don't see the point. He's cheap, he's a proven winner in this market, and he has high upside that isn't just wishful thinking. We've seen it before. In my opinion, he's more valuable to you as a comeback candidate than whatever teams are going to be willing to hand over for him with his value where it's at today.

In Chaim we trust, though. After all, this is the same man who turned Chris Archer into Tyler Glasnow and Austin Meadows. You don't fleece Chaim Bloom. Chaim Bloom fleeces you.