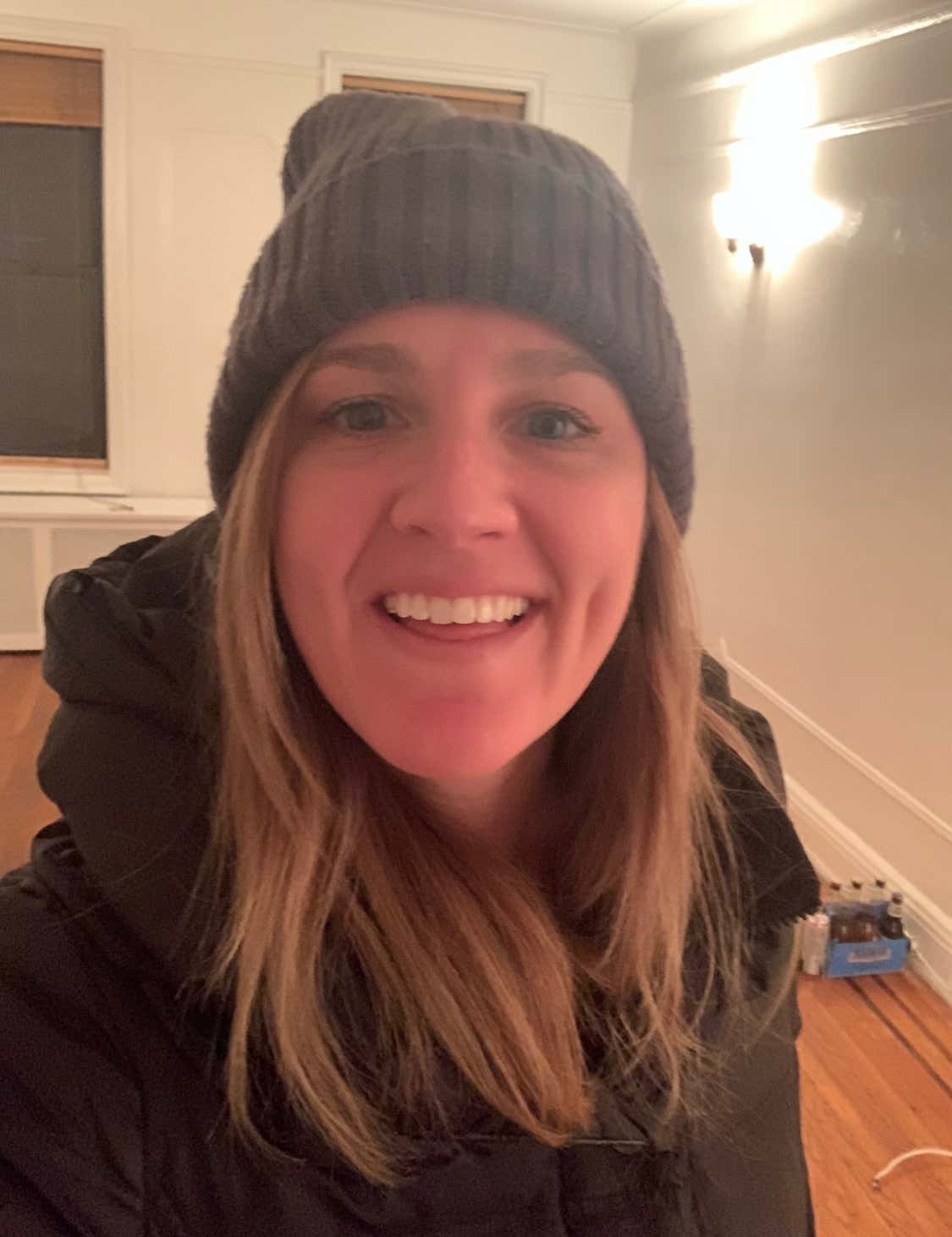 By this time last year I'd had a little over a month to settle into the first NYC apartment I'd had by myself, and if you've ever resided here you know that's a big deal. I was over-the-moon.

Before that I'd lived with an ex in the Bronx, then over to Queens to cram in with fellow Barstool employees in a sunroom with a shower curtain door & no AC, and finally, with strangers from Craigslist in what turned out to be a closet with exactly 0 windows.

The common theme of each spot was complete lack of privacy, so even though this new studio apartment was by far my smallest abode yet at around 350sq/ft, it felt like I had fallen into private luxury. Sure, my bedroom & living room were one & the same and my mini-oven was too close to the wall to open all the way, but now I could sit on the LaZBoy, yabbos floppin', eating chips & binge watching Netflix whenever I felt like it. I could be as weird as I wanted, no reservations.

Something was missing though… I'd been rolling solo or long-distance dating for years at this point so I was content coming home at the end of the day & doing my own thing, but after only a month I felt a big absence creeping in. My mind started to wander at how I could fill the gap… Find a hobby? Volunteer? Become a mega-regular at the corner pub? (Was already working on that one.) Next thing you know I found myself scrolling the ASPCA website. I'd adopt a pet! 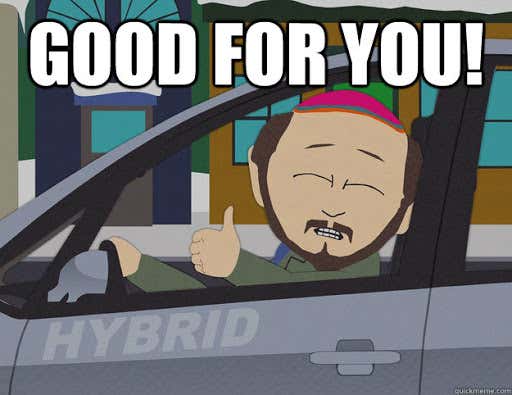 My place was too small for a dog, but could a cat work? Every few days I'd find one that seemed like a match but then I'd chicken out; I'm selfish, forgetful & not always great at taking care of myself.. Would I be able to do a helpless animal justice & give them a healthy life, or was this just a self-serving move? Then one Sunday as I scrolled.. there he was - slightly lopsided, generally over it & a little thicc… A softy with some rough edges… A Spork. 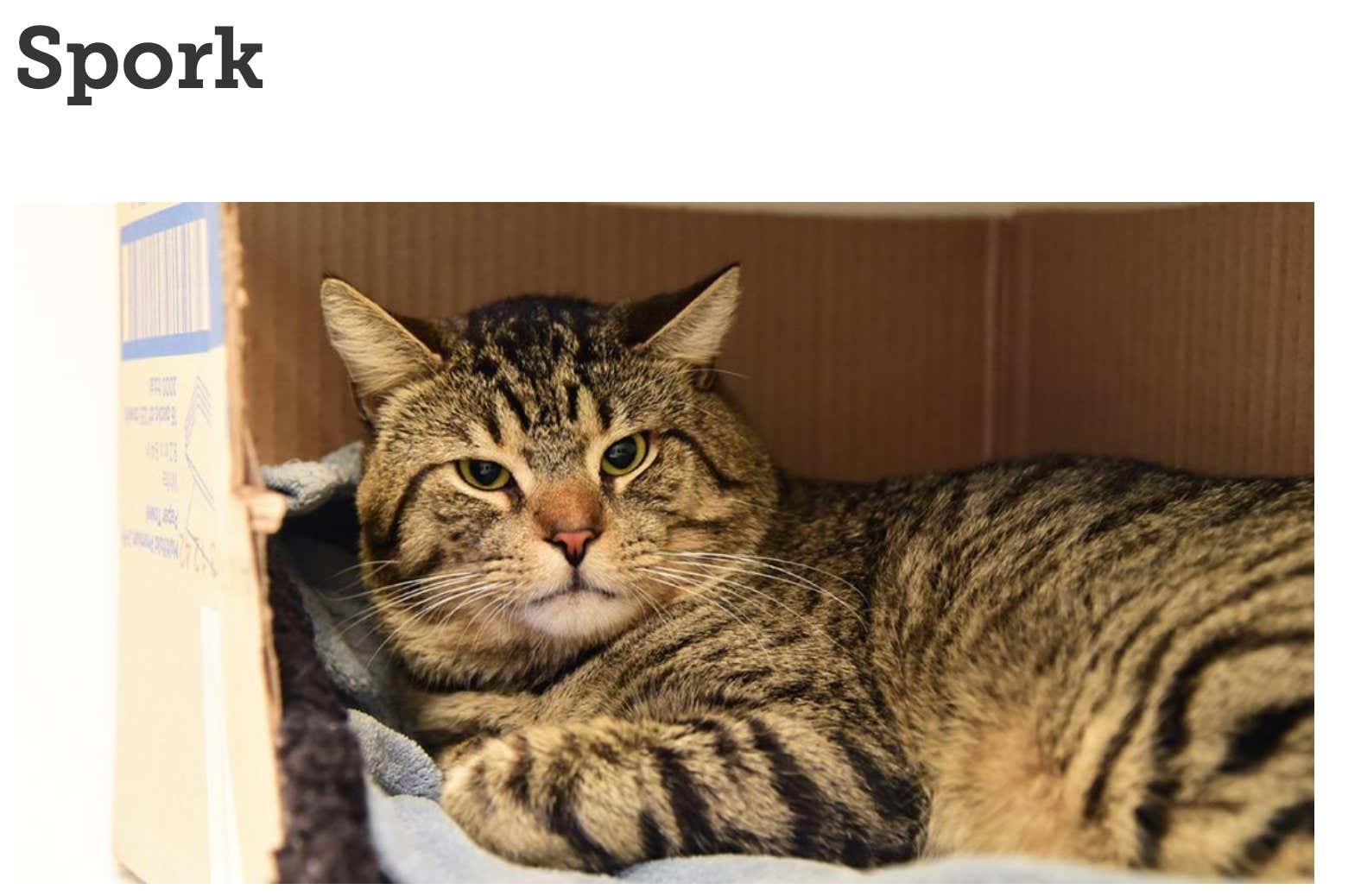 This was the only photo of him, and the site admitted they didn't know much other than he'd been transferred to the Upper East Side ASPCA after having no luck at a shelter in Jersey. There was nothing about his personality but I could feel in my bones immediately this was the guy for me. Even if he was a total asshole, what did I care? I'd give him space & take care of him & just be happy to have another presence around. (Is that as pathetic as it sounds?) Here's how it unfolded from there, one year ago today: 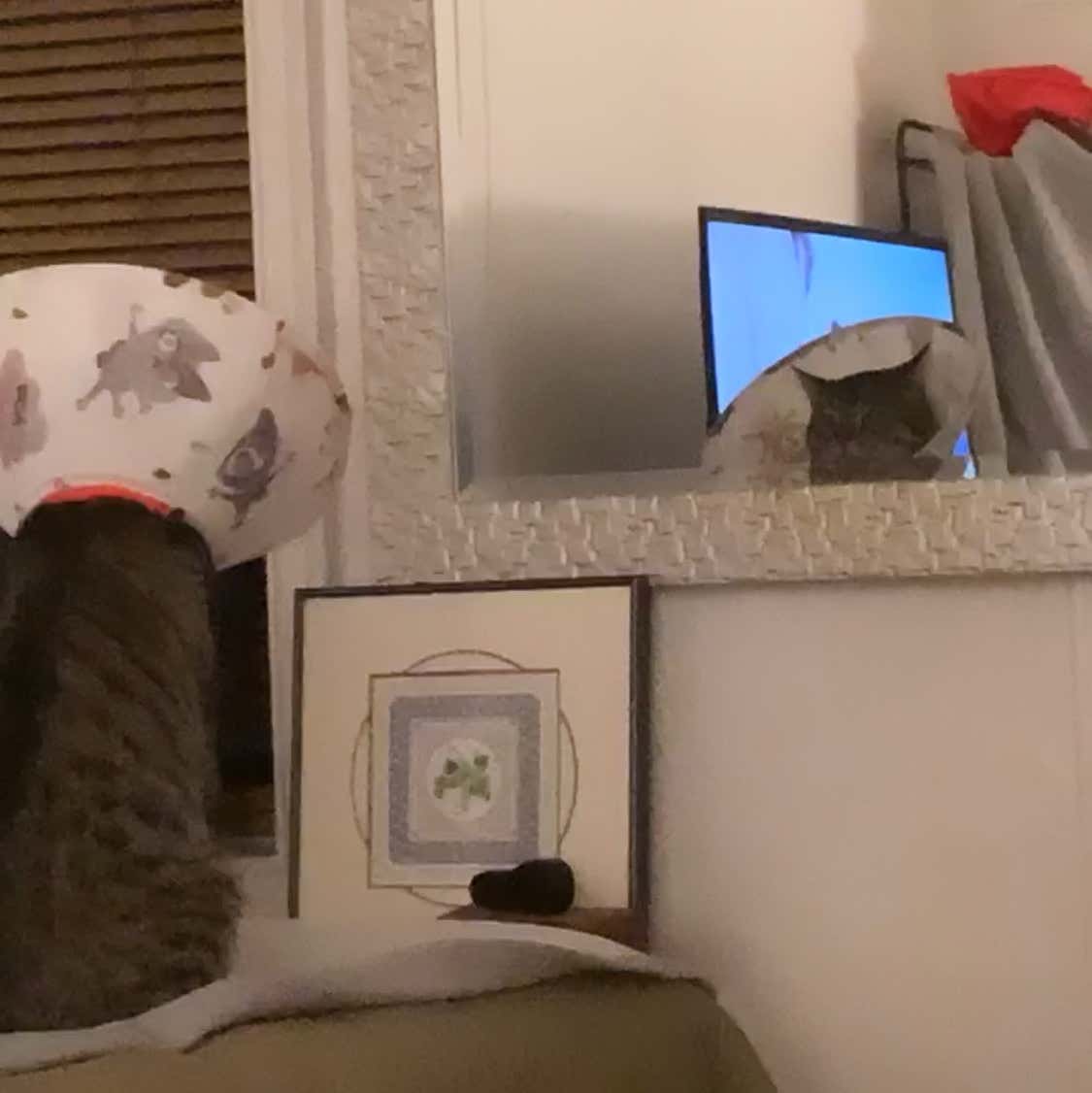 Besides the hematoma from going to town on his balls, the worms, & the horrible cold (I'm convinced he had Cat-COVID) where he sneezed snot all over the place & flipped out every time I tried to give him medicine, it was smooth sailing. I didn't even mind him taking enormous dumpers in the litter box that sat 7 feet from my bed. I was just glad this husky king was eating & finally feeling at home. 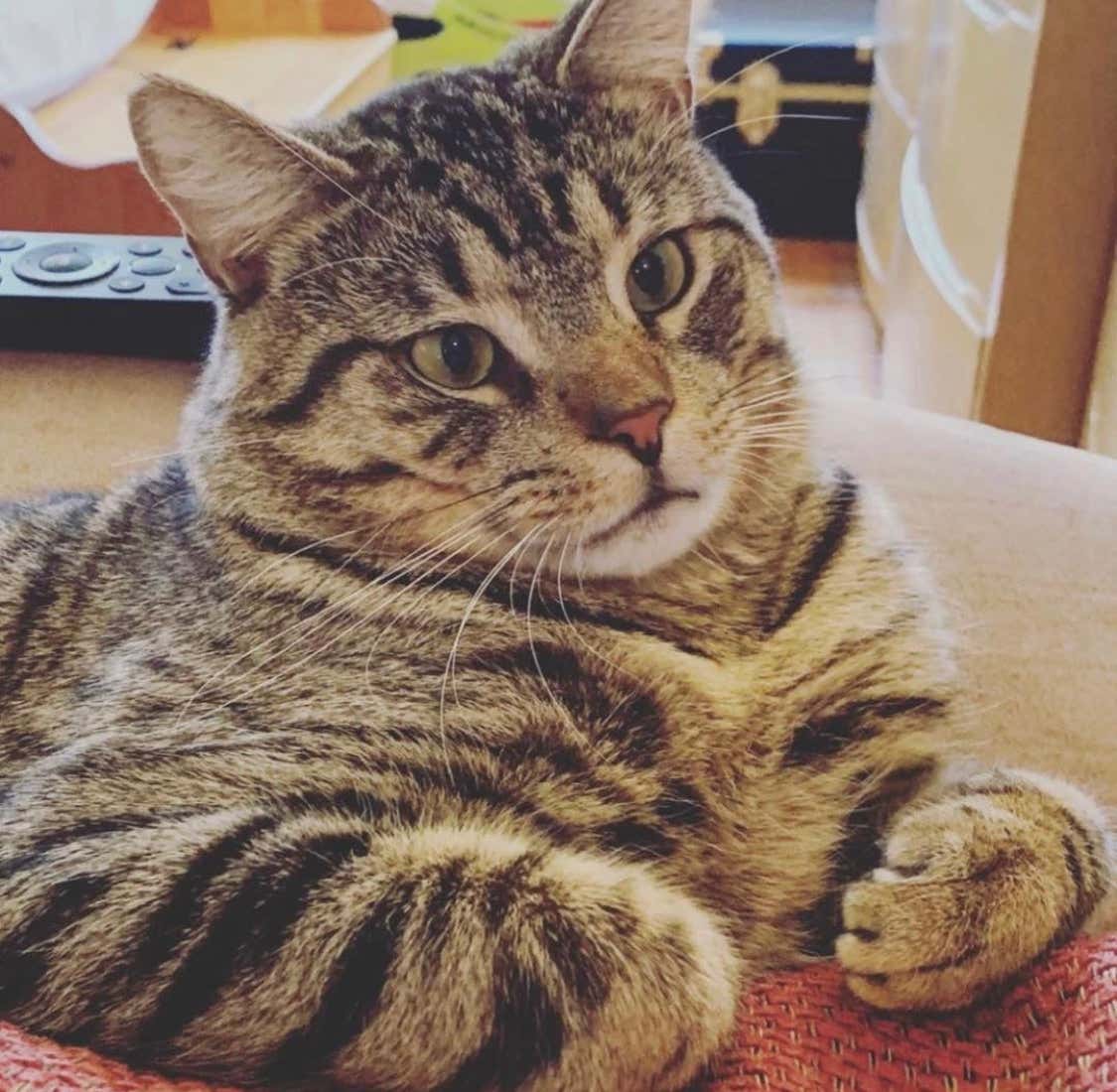 And then who could have seen what March would bring and that I'd wind up spending around 3 whole months without any real human contact? To say Spork came in clutch would be an understatement. This might sound corny as hell but he's made me laugh each day since, even when he walks directly across my tits at 5am for no reason. Every time I come through the front door he barrel-rolls across the carpet pumped to see me, and the feeling is mutual. 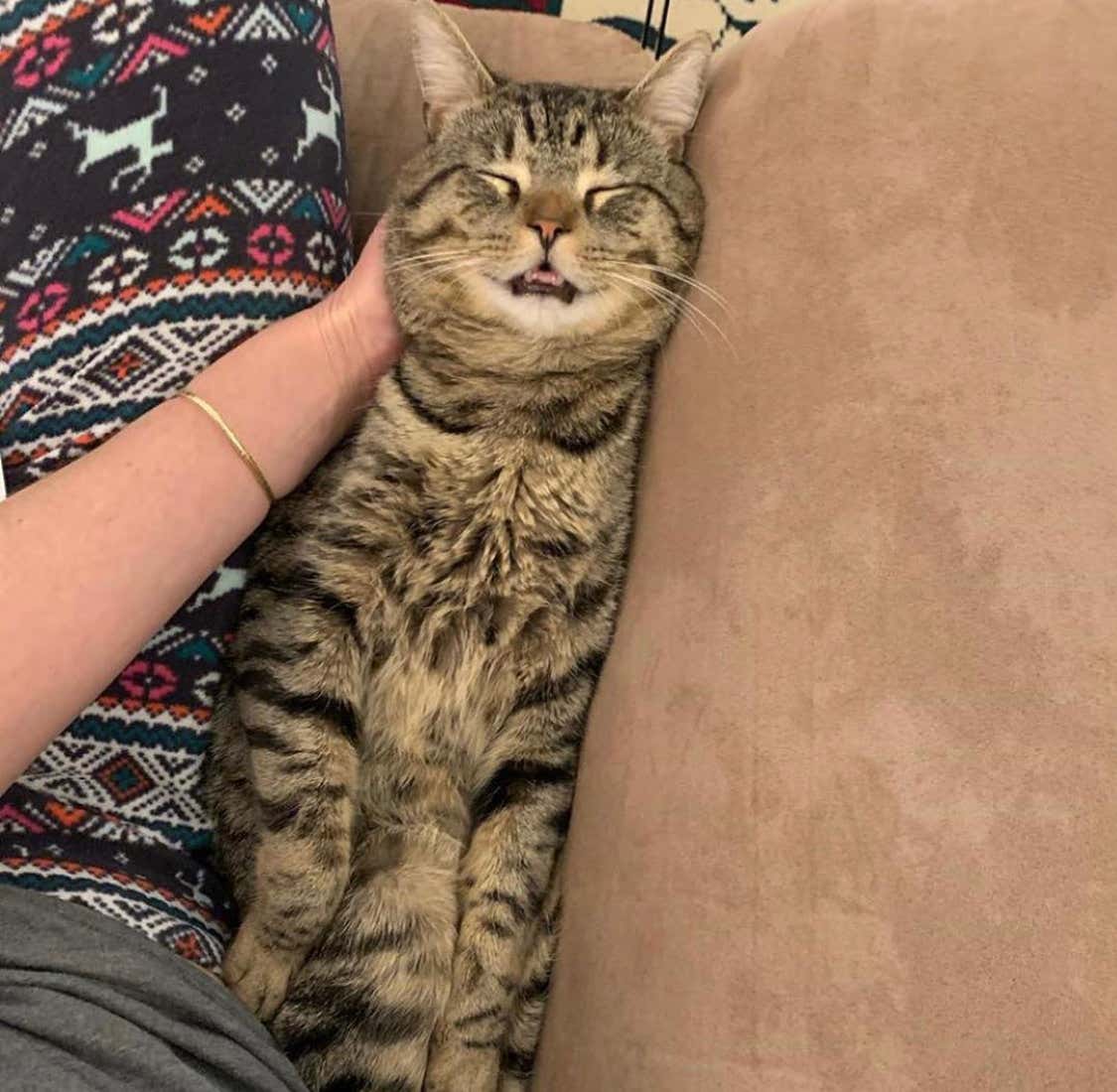 There's been a couple times I felt low & didn't want to get off the couch for myself, but I was always able to for him (huge feather-stick/laser beam guy). Also, he gave me a reason to stick around town on the weekends and I wound up meeting great folks in my neighborhood because of that (shout out bocce & bike people).

After over a decade of being in living situations where it wouldn't be fair to the animal to keep one cramped, it feels great to have this wacky little character running around my apartment making life more interesting. (And I just moved into a bigger spot for more family on the way, so additional room for random 2am skittering.) I just fuckin' love the guy and wanted to give him a little shout-out on the blog since he's a long-time Stoolie and will absolutely read this. One year down, at least 10 more to go if I can get him to stop eating plastic bags when I'm not looking.

If you have the means & the idea in your head but you're still on the fence about adopting all I can say is, unequivocally, DO IT. And thanks to anyone & everyone who works or volunteers at their local shelters making pals like this possible.

In closing, two of my favorite Spork dopplegangers: 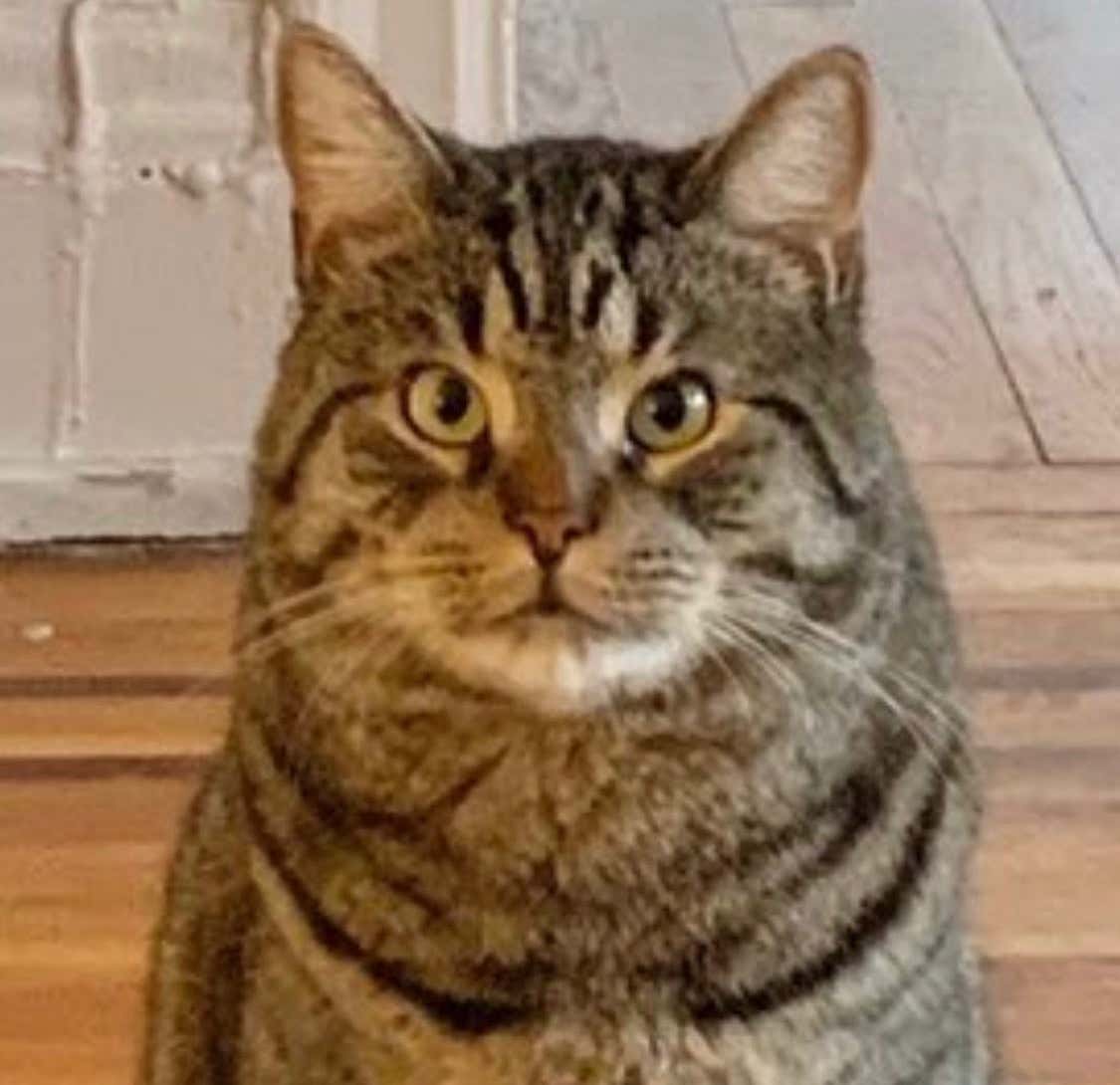 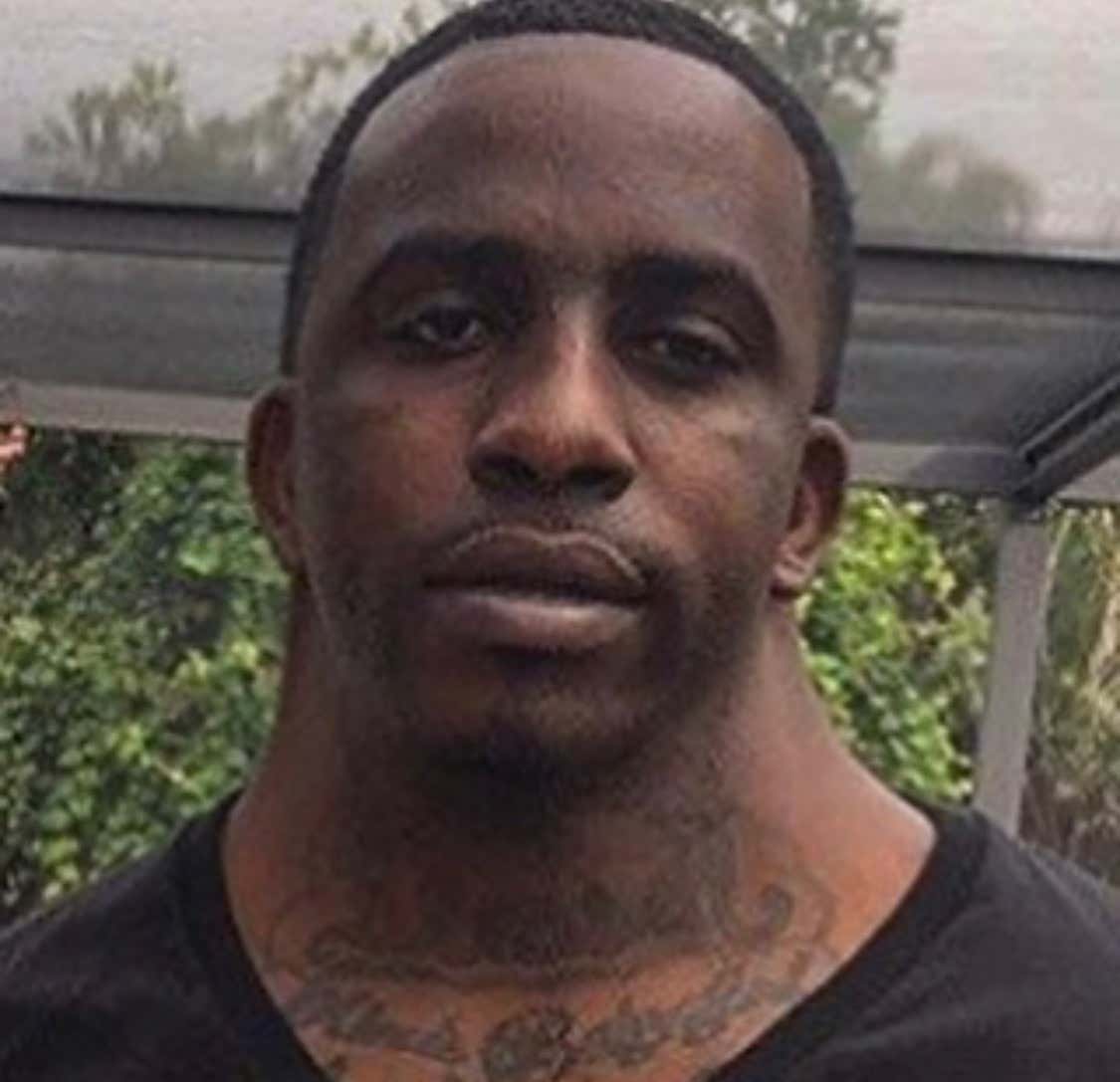 And a couple more favorites that will maybe convince someone else to visit the shelter for a Spork of their own; dog, cat, parrot, ferret, rabbit, whatever type of animal it may be (besides snake): 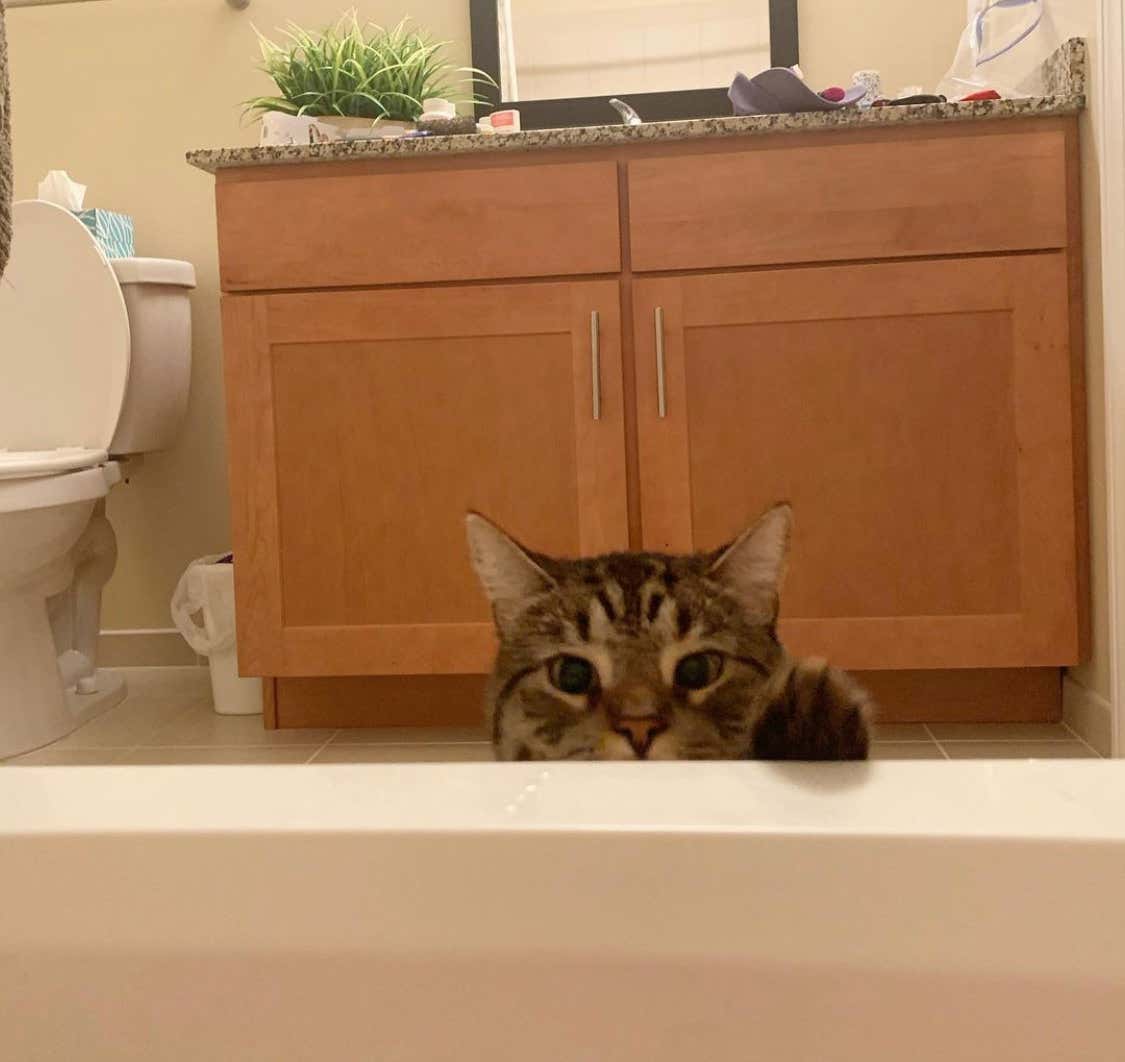 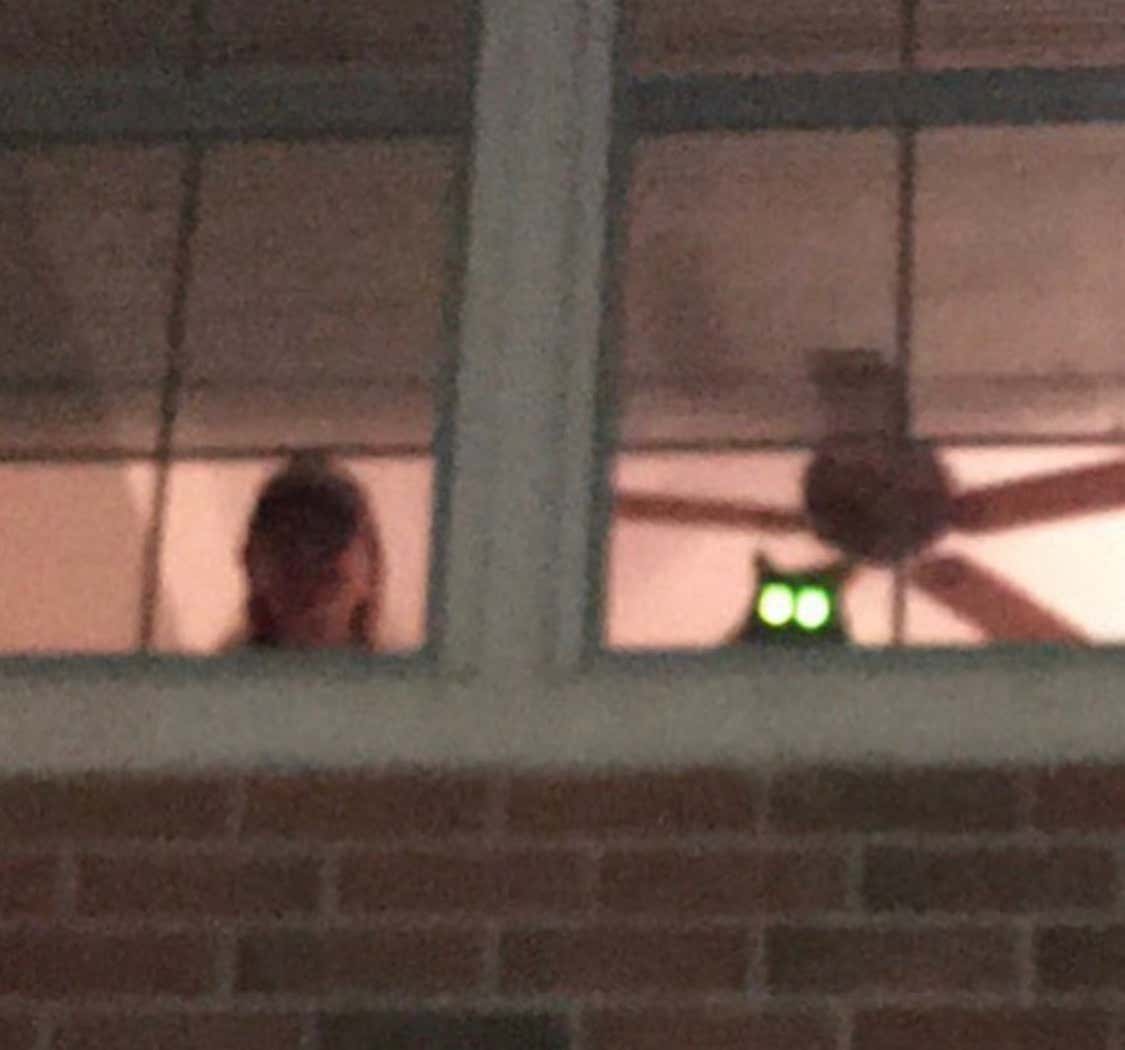 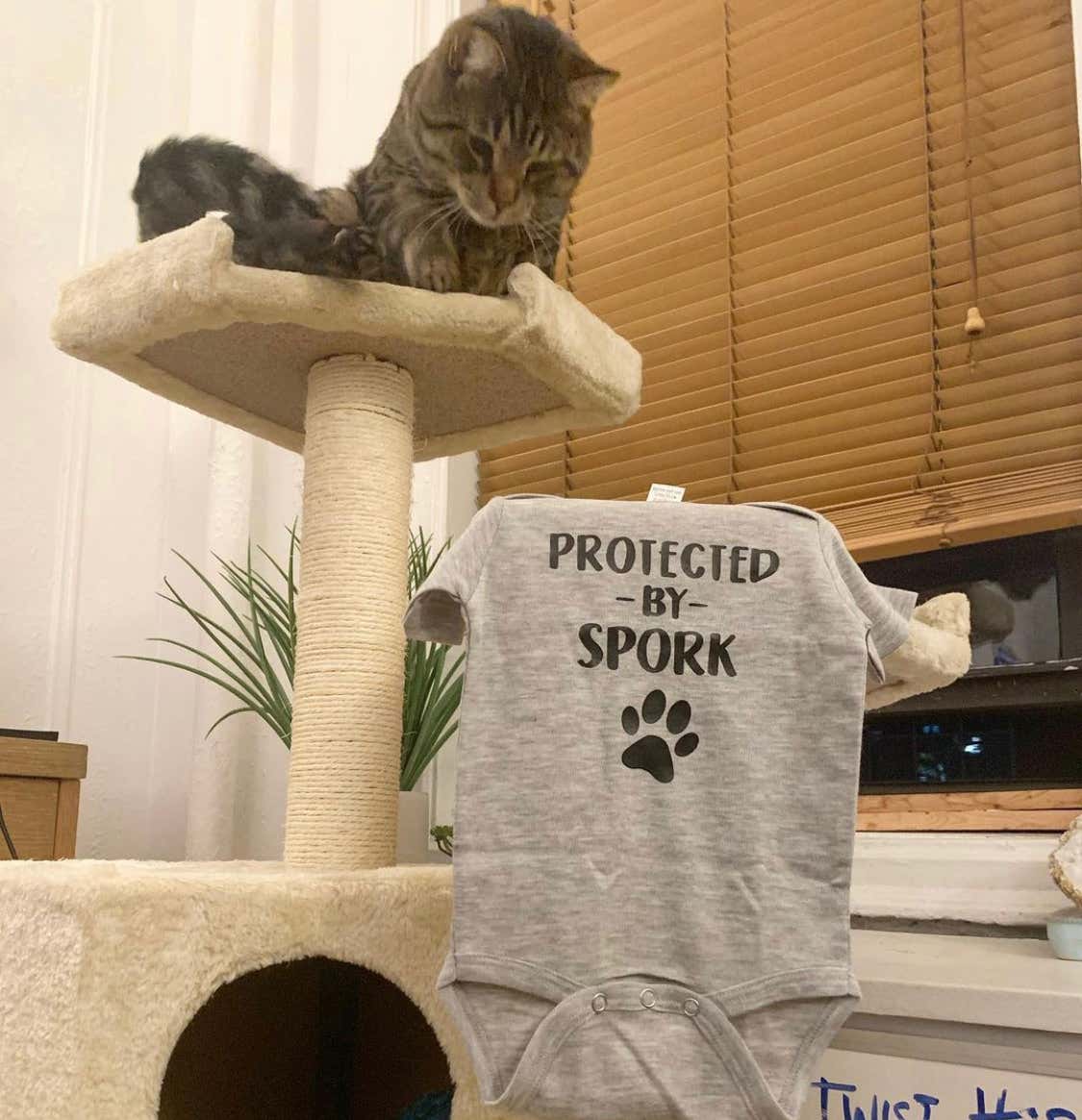 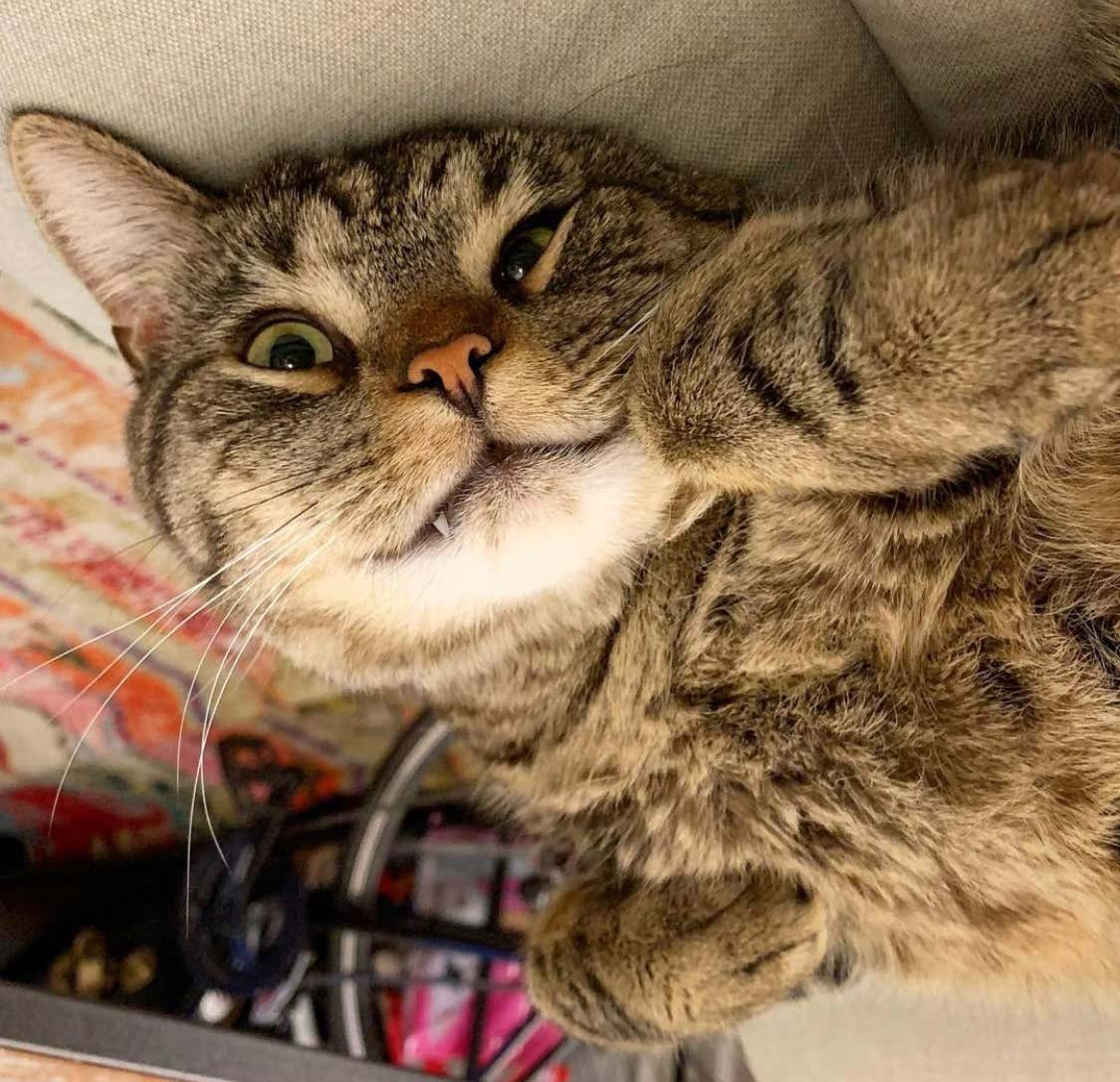 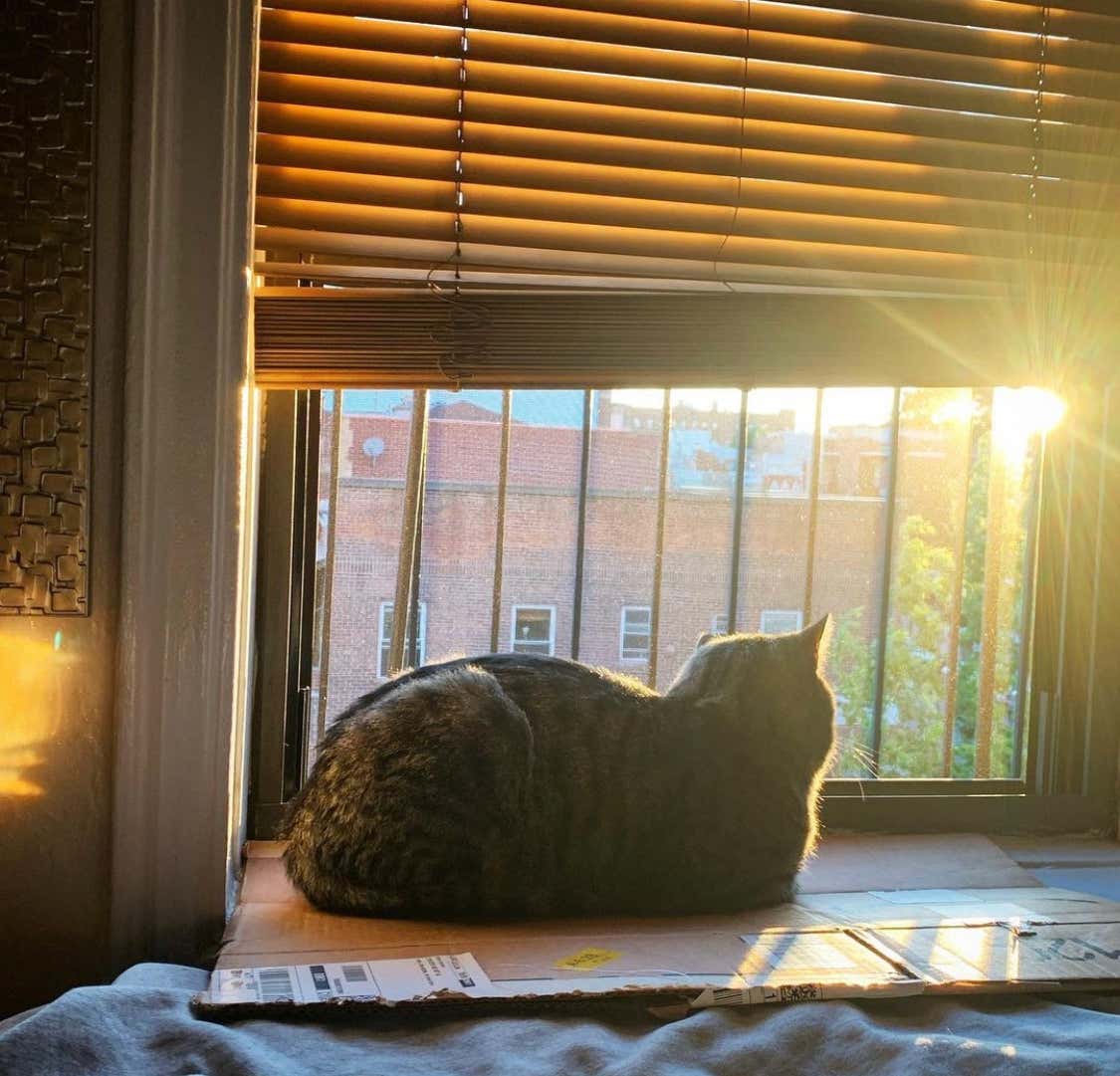 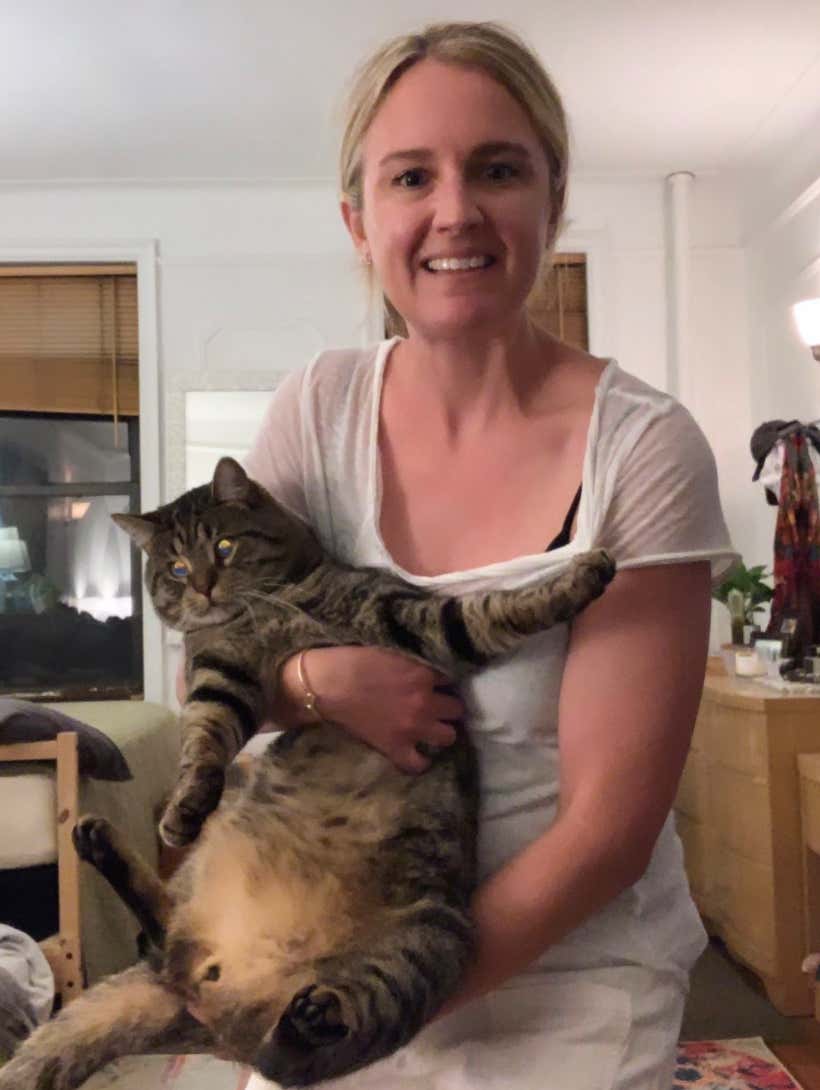