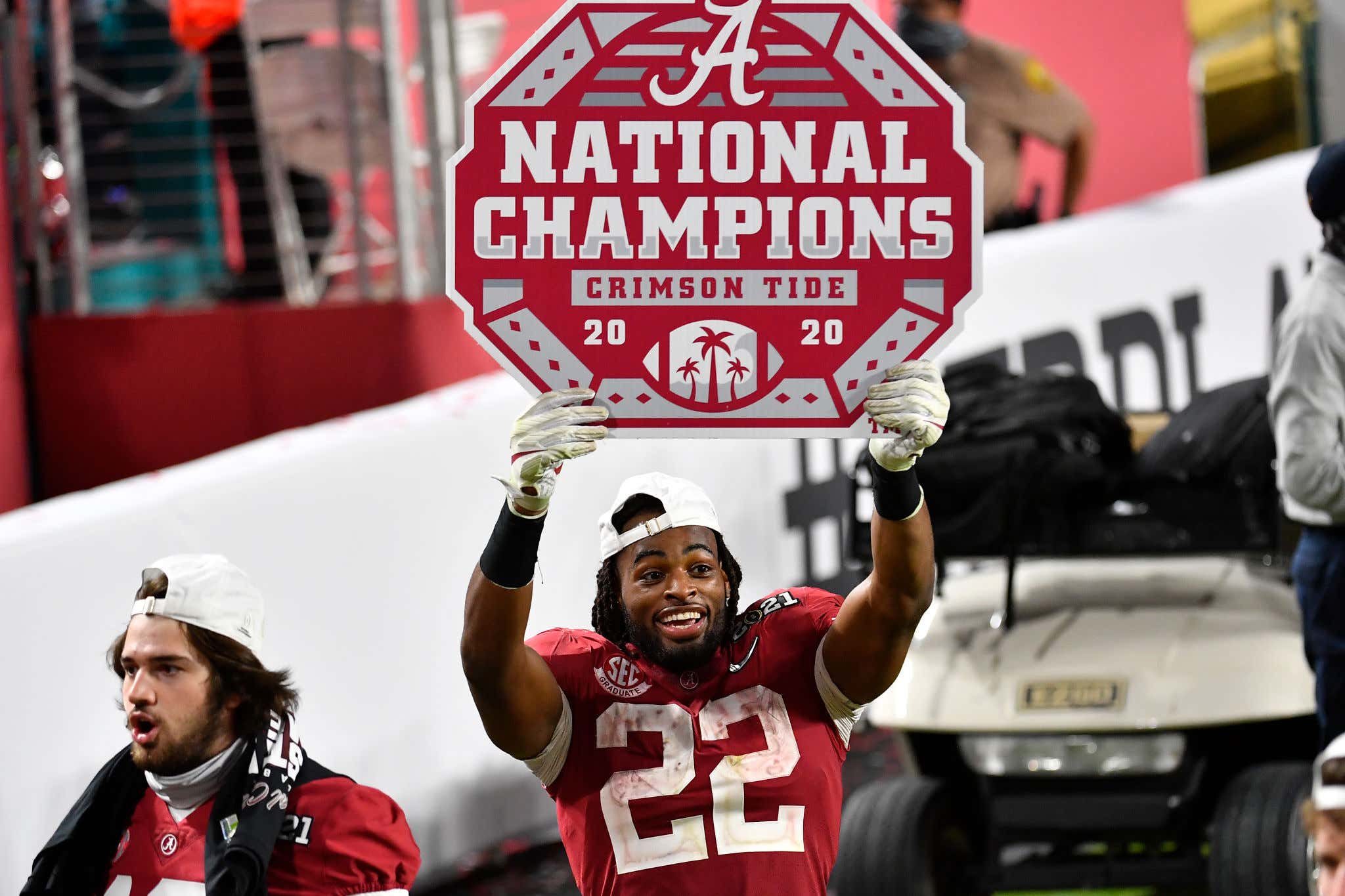 Do me a favor real quick and just take a good, hard look at that photo. Now the first thing you should notice here is one of the greatest running backs Alabama football history. He might not have the Heisman like Derrick Henry. But he has the all-time rushing yards and touchdowns record at Bama, a Doak Walker award, and 2 Natty's. Pretty dece.

But the 2nd thing you should notice is a massive issue in college football that nobody seems to talk about. Look at the sign Najee is holding. It clearly indicates that the Alabama Crimson Tide are the 2020 National Champions. Which makes plenty of sense considering they won the championship of the 2020 college football season.

Then you take a peak at that jerseys, though. And the patch on the shoulder clearly shows that this is the 2021 College Football Playoff National Championship game. Which makes plenty of sense considering the game was played on January 11, 2021.

So which one is it? This is now the 7th College Football Playoffs National Championship Game. So the issue here is that we may have gone past the point of no return. It's not like the CFP can just say "oh you know what, we really screwed this one up. So in order to get back on the right track, we'll just call next year's final the 2021 game again". But at the same time, it's not like you can just go back and rewrite the history books to cater to the College Football Playoffs. Think about how confusing that would be for a program like Alabama.