You truly hate to see it. Then again in the words of countless Eagles fans, Doug Pederson should have won more than 6 games. I mean 4. 4 games. 4.5 if you wanna count the tie Pederson played for at home to the Cincinnati Bengals as a half a win. I will let Smitty, Jordie, Rone, Fran, and all the other Eagles fans in the media debate whether or not this was the right move that spurred this never ending Photoshop announcement. 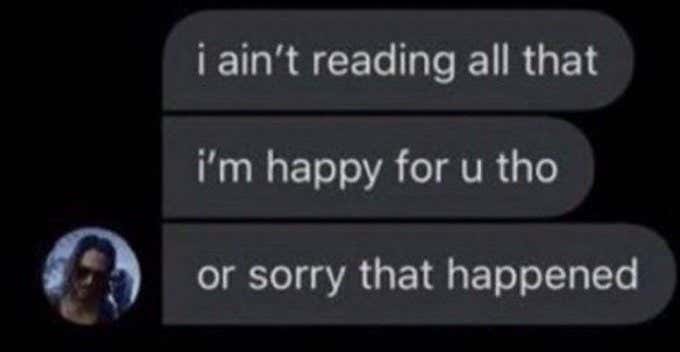 I will say that the timing of this firing is verrrrrrry curious. Everything seemed fine in Eaglesland after Dougie ordered the Code Red on the Week 17 game. Some Eagles and ex-players were a little upset about it and there were even some whispers about confrontations between players and Coach Doug on the sideline. But that was apparently all a bunch of malarkey.

Which makes me believe there's honestly a chance that this was all a mea culpa by Howie Roseman and Jeffrey Lurie to Coach Judge about the way everything went down. They know that the Eagles were an Evan Engram gimme drop away from getting swept by the Giants in Judge's first year as coach while the Giants were rebuilding and the Eagles were so flush with money that they were throwing tens of millions of dollars to a backup QB. The Eagles brain trust realized the atrocity committed against the game of football is something Coach Judge will never forgive nor forget as no true Football Guy could and would lead to pain twice a year for the rest of their time with the Eagles.

Which is why Howie and Jeffy Poo whacked the guy who committed this unforgivable sin on America's game was the closest thing they could do to make things right with the awoken giant up I-95, even if he won a Super Bowl less than three years ago. This move ensured Coach Judge might show mercy on the Birds in their games next season and neither contest will end with their head coach getting beat to a bloody visored pulp after the postgame handshake. Do you know that you still have to pay your head coach's salary if he gets beat up by the coach of a division rival after a game? It's true, look it up. Pair having to pay a dead man's salary along with the kabillion dollars Carson Wentz was going to get paid as well as all the other dead money on the capped out Eagles and the business decision had to be made.

How did Coach Judge respond to his vanquished foe? Just as you would expect he would. Full of class and respect to the game both of them played.

I know I've heard a speech like that before and this is exactly how it ended.

Now because of Pederson's blunder, not only did the upstart Giants end up with the 11 pick instead of a pick in the 20s after they inevitably would have beaten Tom Brady in the playoffs again but the Washington Football Team may have found their QB of the future in the Wild Card game. Or they are going to keep him around while he performs decently enough, hit him with the franchise tag a few times, then watch him go to Minnesota for a MASSIVE contract. I don't know what the fuck goes on in that organization.

Nonetheless, the future of the NFC East definitely changed for at least one team on that fateful night. I never feared Doug Pederson as a coach. But holy shit did I hate having to deal with him going for it on 4th Down and attempting two point conversions all the goddamn time. Plus you have to respect someone that could win a Super Bowl for that town full of extremely angry lunatics. I guess that's how these two men got a statue built for them and somehow both got ran out of town less than 3 years later.

Again, you hate to see it.

As for Doug's replacement, there is only one man I can think of that has experience with the franchise and has proven he can work in that town.

I think the real losers in all of this may be the Philly newspapers and radio stations that could have embraced debate about if Pederson lost the locker room every single day until his inevitable firing. Luckily everyone associated with Philadelphia can get their takes/aggression out now while pretending February of 2018 never happened, which is something I have chosen to do since Malcolm Butler was unforgivably a healthy scratch.

Now instead of focusing on the past, let's move on to the 2021 NFL season. Okay, let's relive one more moment from the past THEN move on to 2021.