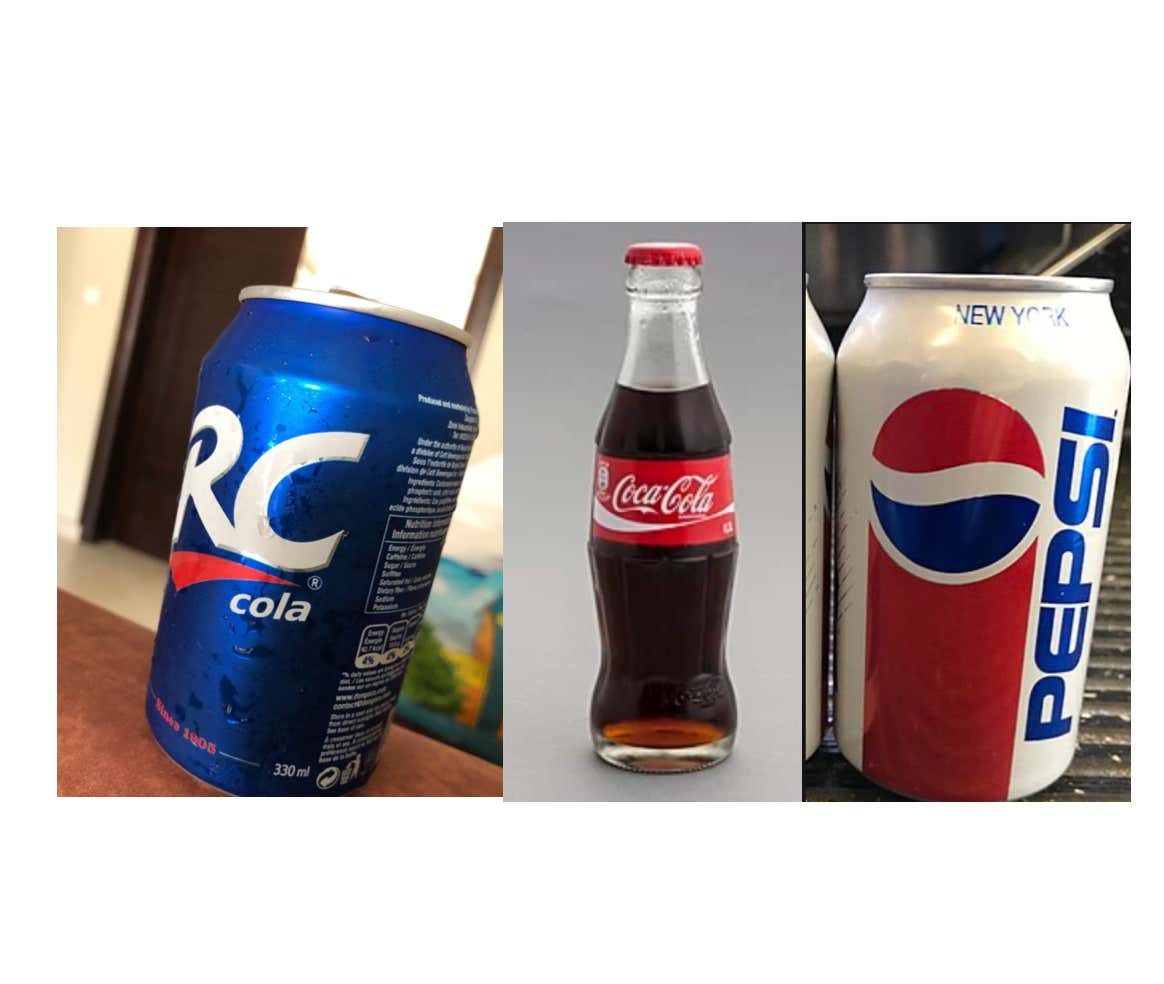 I'm going to be quick here out of respect for the inventory of great colas to pick from. A lot of you probably showed up thinking we'd be talking different flavors within the Cola category… that Creamy Vanilla Cherry is going to make this list, or that diets and gimmicks are eligible here.

This is downright purely a power ranking of your top colas to go with a thin crust pizza. The kinda pie that comes in this bag of pizza. You know what I'm talking about. 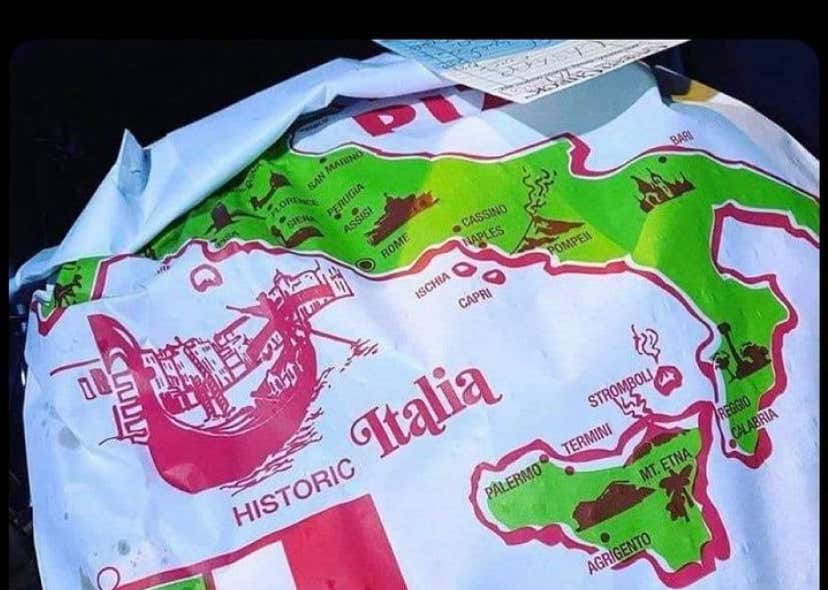 That's a traditional pizza bag and pound for pound the most recognizable logo in this city. Seeing a picture of this bag is literally one step removed from having 18 pieces of tavern style thin crust. As I type this I feel like Pavlov's dog. My brain chemistry is working over drive just looking at that thing.

But as we learned on the Tank Soda Draft, there's perfect soda pairings for food similar to your red and white wine. And obviously Tank is an expert.

In that spirit, it's so easy to narrow down some of the best colas for a Thin Crust - an emphasis I draw to remind you there are countless style of pizzas that dictate seemingly endless beverage options. But when you go classic Thin Crust, you have to be a two-liter cola guy. No disrespect to domestic beer especially given my dependency. I just want to be focused on the relationship between Cola and Thin Crust.

So let's focus starting with the honorable mentions.

NONE. We're talking heavy hitting colas. There isn't a deep roster here guys and that's for competition purposes. Long ago when interstate commerce law started to take shape, it was really easy for these big companies to make it virtually impossible to compete on a global scale. So if you want in on this list, your formula better go back to late 19th/early 20th century. Otherwise you're just a niche cola with limited market share. That's why there's no honorable mention for thin crust cola. You either qualify or you don't, and anti-competitive external forces virtually make it impossible to qualify. Nevertheless here's the list.

Dead last on a 3-man list because it sucks out of a 2-liter. The concave of the bottle to make it look like a 20 oz is absolutely disgusting. Maybe they get a discount from their plastic mold injector. Maybe they're trying to play games with your brain. In any event the bottle itself is downright terrible. Arguably one of the worst designs in plastic bottle history.

What does that mean? Well for starters the carbonation doesn't hold nearly as well as the others. I think that's because there's a greater chamber of air to compete with once you open the 2-lite coke bottle because of design flaws. You're cute on the shelf but can you play in the fridge for 4 days? Highly unlikely.

Here's another thing: coke brings the strongest punch. If it were a hard booze it would be the scotch in your liquor cabinet. It's bringing the most flavor out of the gate and it's going to rely on higher amounts of carbonation to keep your moth moving, effectively breaking down a lot of the pizza as you chew. Maybe that's good operationally, but I like to savor the relationship between pizza and cola. Sometimes Coke doesn't give me that option.

End of the day I'm never going to turn down a coke with a pizza, but I just want to be realistic in saying that it's not the best compliment to a thin crust pie. The flavor profiles are too sharp. Lots of sacrifice with your 'za if you pair with a Coke. That could just be me but I'm confident in this decision.

A lot of people are mad right now because they naturally think Pepsi sucks compared to Coke. Those are the kind of people that don't look at the weather when they get up in the morning. They can't think ahead more than 24-hours and they are unwilling to step out of a comfort zone that has been decided and built by other people's opinions. It would suck to be one of these people but I know you're out there reading this right now. It's okay. It's never too late to change.

For my money, Pepsi holds the best in a 2-liter. It doesn't rely on the carbonation the way Coca-Cola does, so you have a more balanced experience from the time you twist the cap. Coke cannot say the same. The smooth rich & mellow flavor of a Pepsi perfectly pairs with the salty, acidic, cheesy profile from a slice of pie.

You may not look cool in the process. Some may even question if you even had a cola choice at this point. Were they out of Coke? These people are the worst because they refuse to open their hearts and minds to alternative colas. So be it. That usually just means more Pepsi for the rest of us Am I Right?

Overall though you have to personally rise above the Pepsi vs. Coke stigma that plagues today's society. If you can break that barrier on your own terms, I promise you that Pepsi will deliver better results at the top of your thin crust cola pitching rotation.

You could argue this is actually just a blog where I work myself into talking about RC Cola and I'd be totally okay with it. A lot of folks said this single handedly won me the soda draft in the 5th round, so hopefully you saw this one coming at the top of my list. And to be clear that isn't saying RC > Coke or Pepsi (generally). But specifically, you can't tell me it isn't #1 with a thin crust pizza. You get the option to take RC you fucking take it.

The carbonation settles between Coke and Pepsi. It's got a slightly sweeter kick than Pepsi and is notably different from Coke. You'll realize right away That's Royal Crown on my tongue and you'll be elated. It won't overpower your pizza. It won't carry a reputation risk like Pepsi. Instead it's just a nice smooth cola that's had local success going back 115 years. True story people drank a ton of this shit while celebrating the 1908 World Champion Chicago Cubs.

End of the day though you have to stick to your local guns. There's something sacred about the RC with a Thin Crust. It takes a certain special type of pizza spot to even sell it in the first place. Like I wouldn't be surprised if RC vetted their distributors to only be single location Mom & Pop owned pie places. Maybe that limits their broader reach but to me that's what makes RC so special. You can get a major Cola anywhere.

But if you really want to do it right?

Well then you go out and support small business with an ice cold 2-liter of Royal Crown Cola to pair with your thin crust pizza.

That's the #1 fastball in Chicago and I won't be told otherwise.