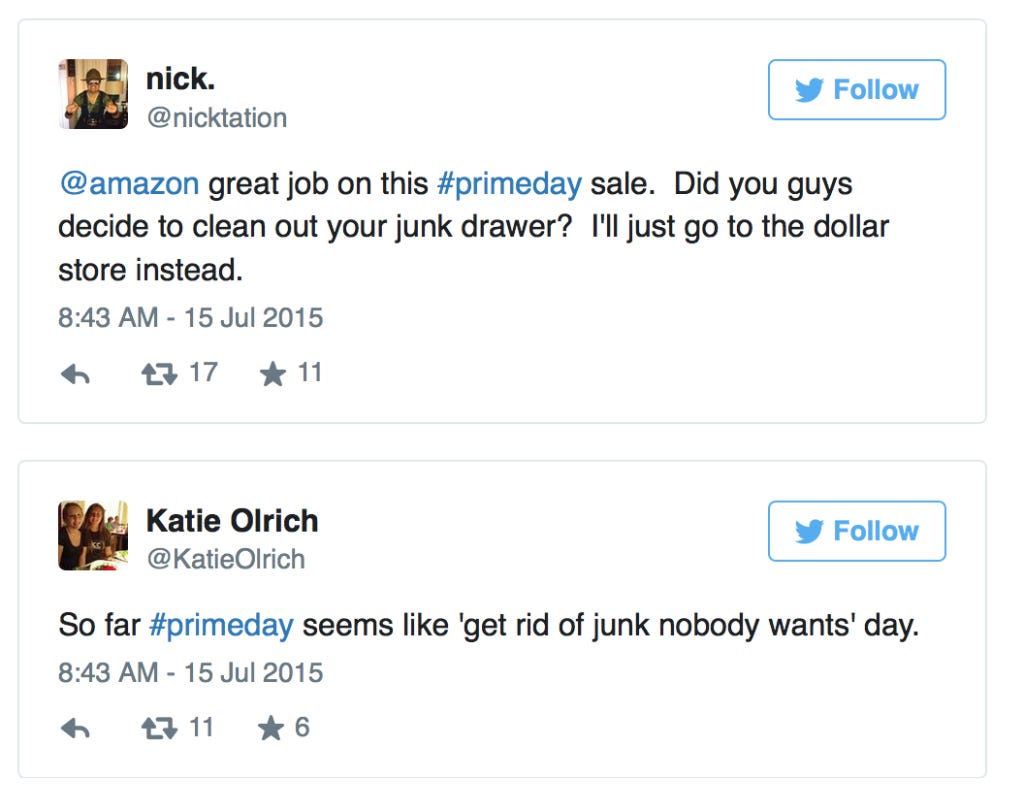 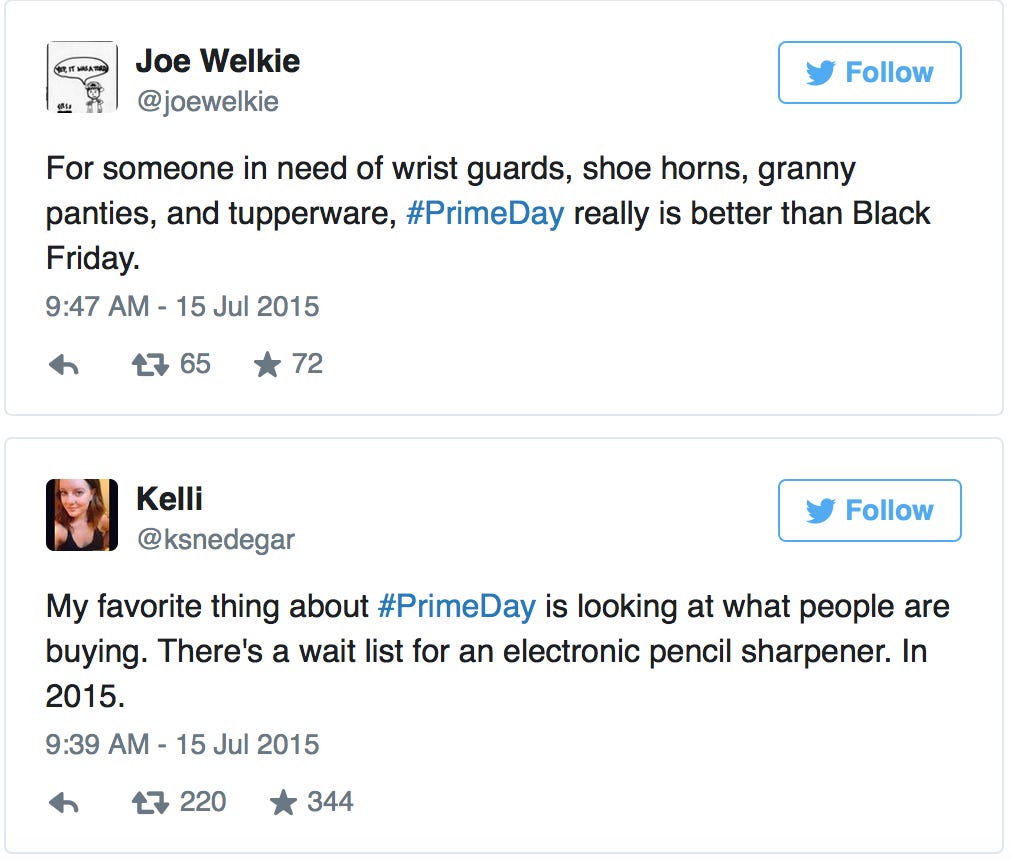 Time – If Twitter is anything to go by, the verdict on Amazon’s Prime Day deals has been: they kinda suck.

Everything from “Amazon’s Garage Day Sale” to “one huge troll by Amazon” has been bandied around the Twittersphere, as reaction to the deals offered on a day Amazon had hoped would be a tentpole shopping event that exceeds Black Friday has been tepid. 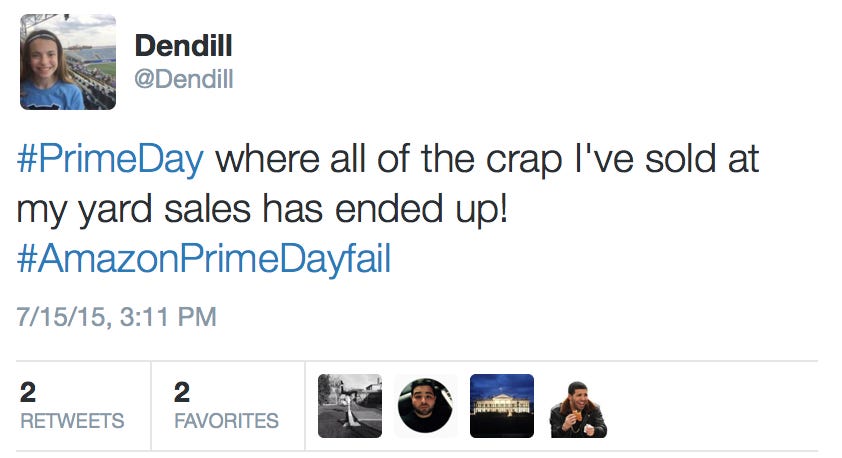 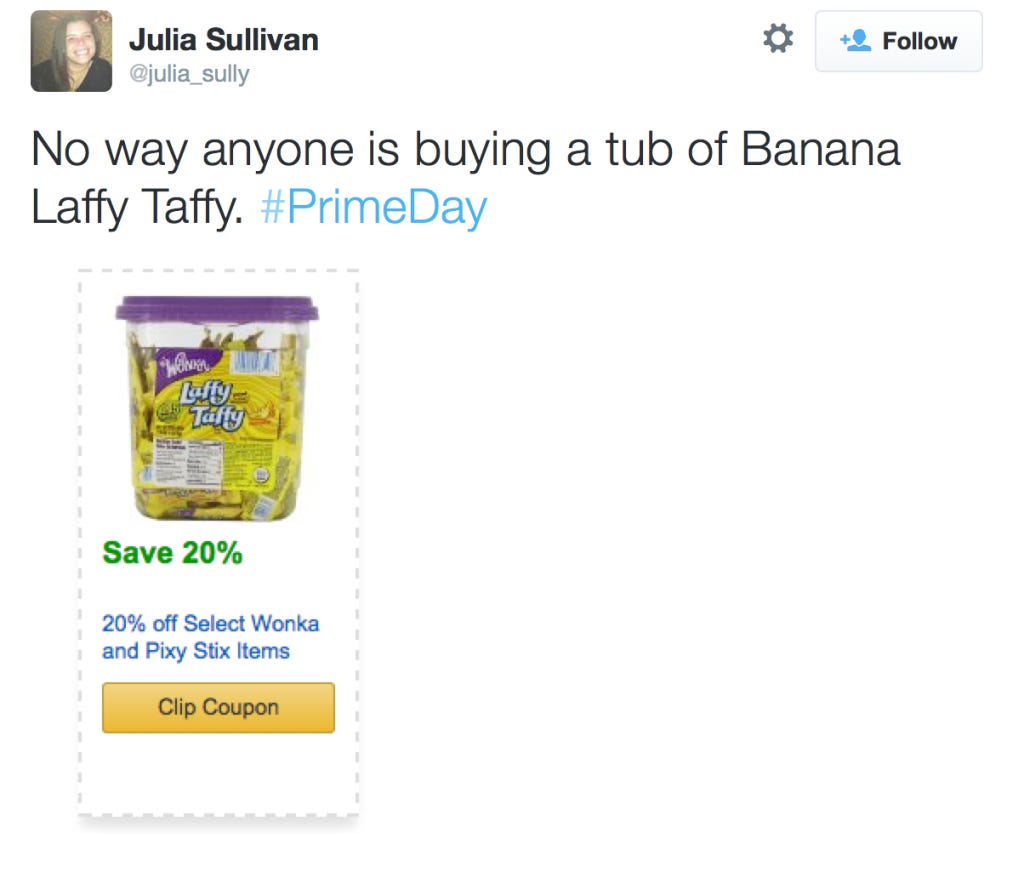 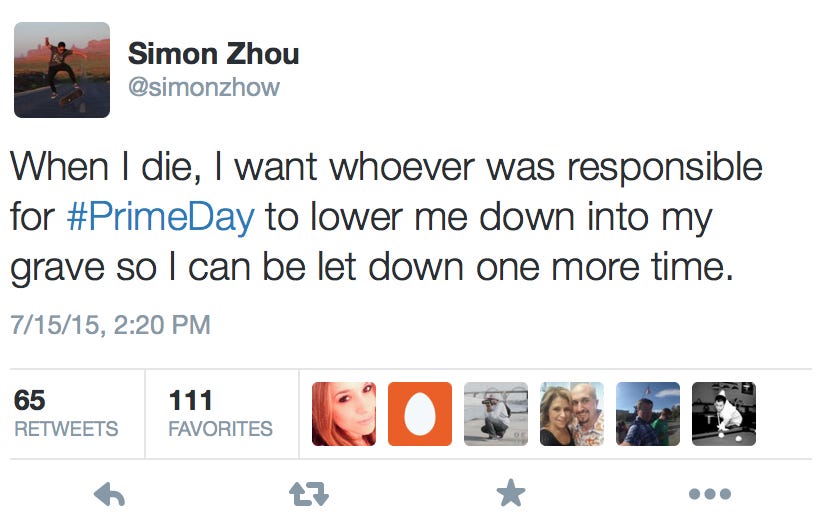 When you’re getting old Cleveland Browns fan jokes repurposed for your “huge Black Friday sale” you might want to try a little harder next year. People in general love a good deal — they wait outside for hours for a free donut for God’s sake — so to be the biggest online retailer and completely botch the day this universally is probably a bad look for Amazon. But Amazon has been so good to me over the years helping avoid me deal with human interaction to buy things and it’s kind of genius to have idiots on waitlists for pencil sharpeners and generic brand Apple charger cords so I’m willing to give them the benefit of the doubt. Namely because somehow this bad boy made the list: 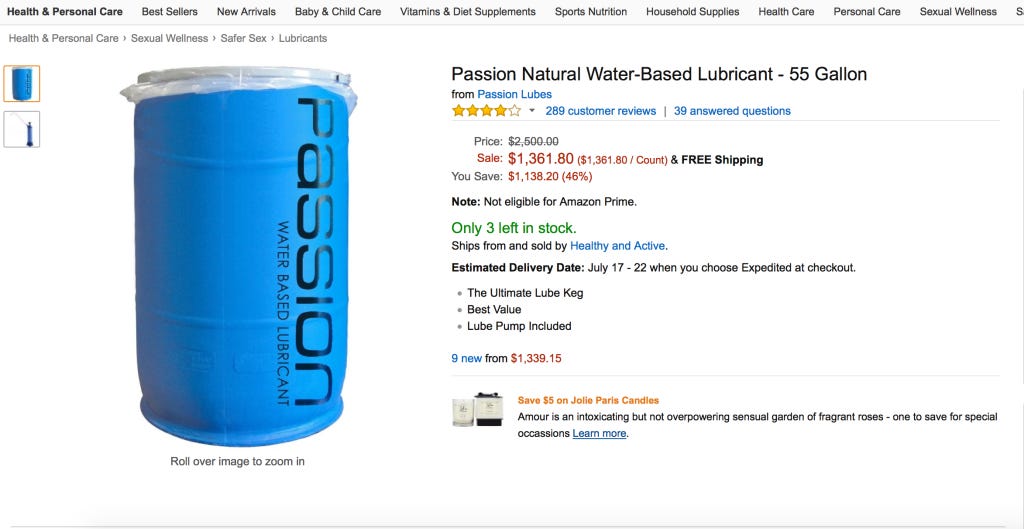 FIFTY FIVE GALLONS of lube, that’s enough lube to do feed an entire army (feed them butt stuff, mostly). Is there any bigger indicator of success in life than being the proud owner of fifty five gallons of lube in a bright blue barrel? It not only says “I’ve got money to blow,” it also declares “I’ve sold a lot of women on sex with me and am so unable to get their genitals to properly lubricate that they have to jump into a wading pool of Passion ™ brand Water Based Lubricant just to get a digit inside of one of their holes.” You think Warren Buffett is sopping panties with his charm and sound investment strategies? No chance. That’s where the $1,300 lube bucket tastefully hidden underneath a grill cover with a sign on it saying “Not Lube” comes in.