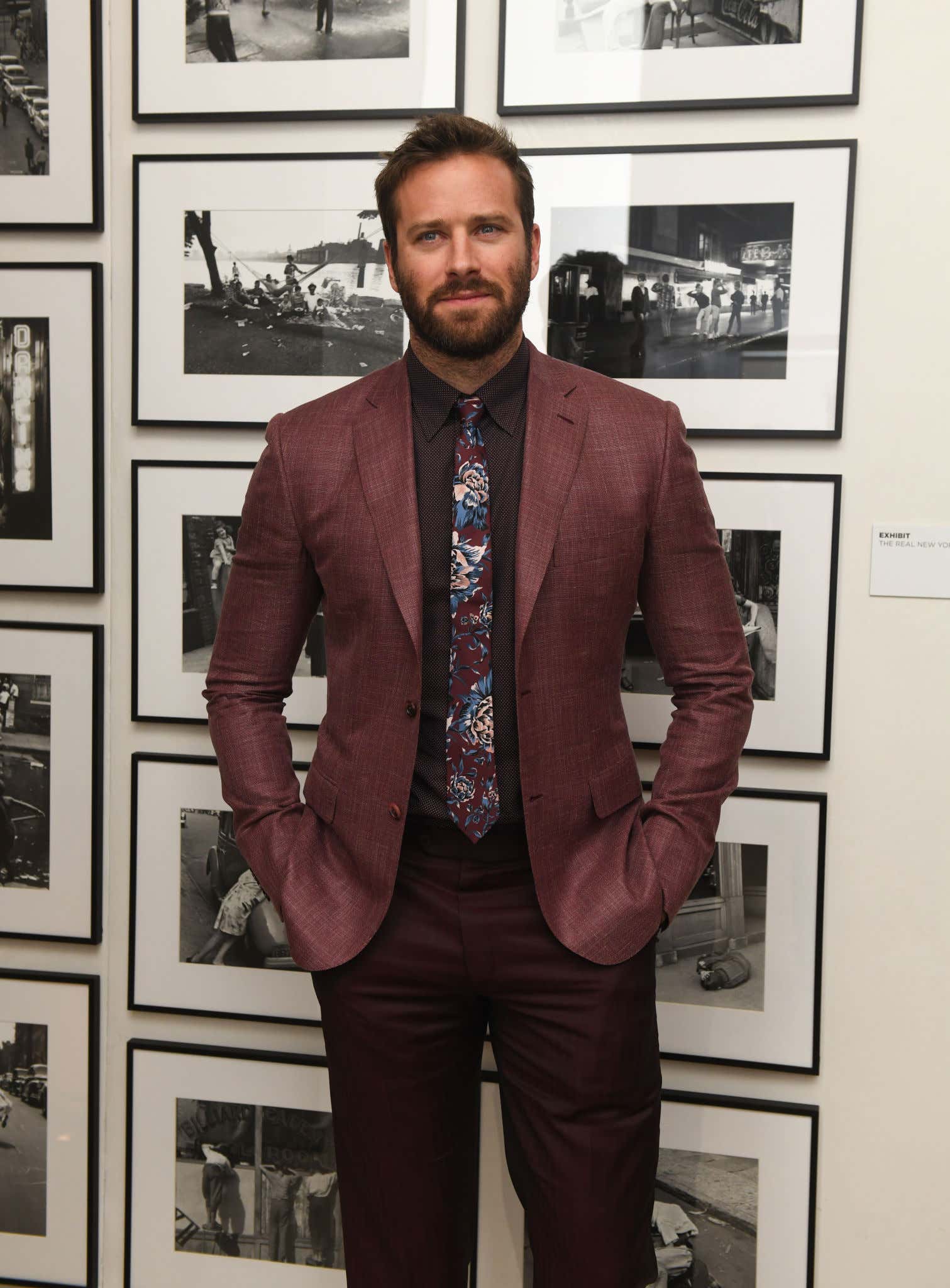 Source - Armie Hammer's name was trending on social media on Sunday as a series of graphic Instagram DMs he allegedly penned to a woman were leaked publicly, talking about cannibalism and other topics.

The actor's direct messages were not verified, prompting skepticism from users who said it looked like a fake, according to a report from Just Jared. 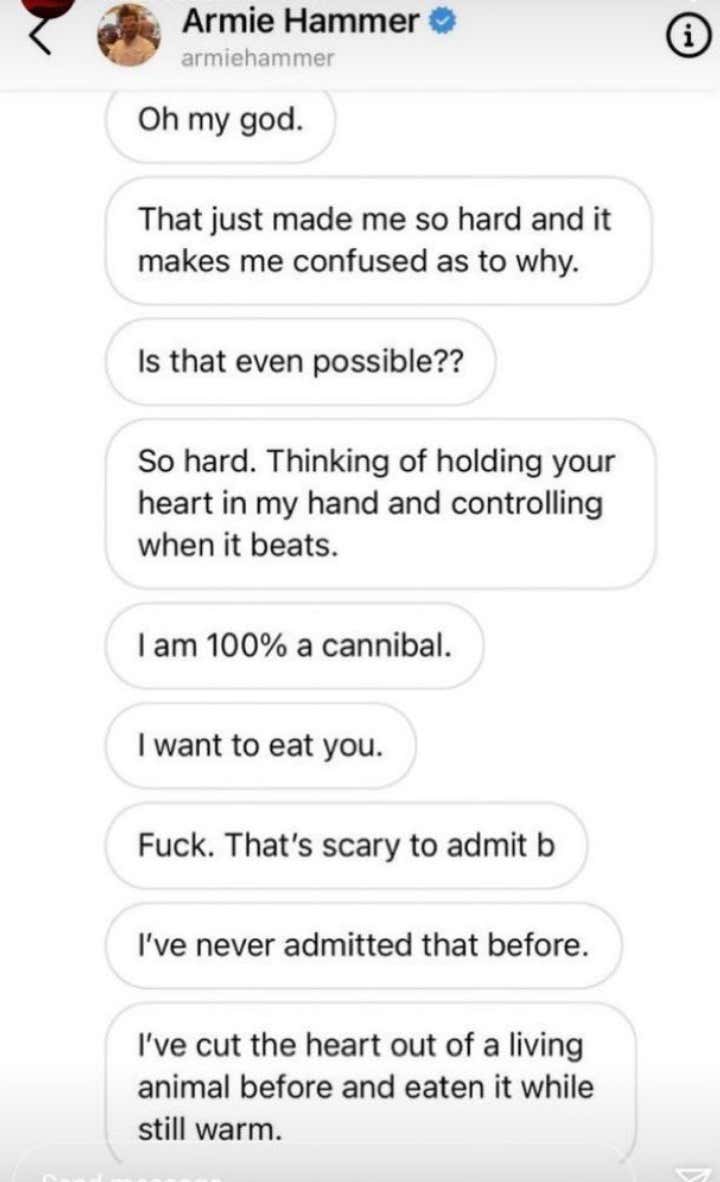 The latest leaked DMs, alleged to be from Armie's Instagram account include graphic accounts of sex acts and cannibalism and the message: 'I am 100% a cannibal.'

As Armie became a trending topic on Twitter, many debated the authenticity of the DMs.  Dailymail.com has reached out to Hammer's reps for comment on the story.

Good lord. First of all, I believe these messages to be true. I have no evidence that they are, they just feel that way. Saying you are "100% a cannibal" and that you get hard thinking about "holding a human's heart in your hand and controlling when it beats" is far too specific for someone to make up. Armie has also been known to be a bit of a freak- in 2017 he quit twitter after someone exposed him for liking a series of tweets related to bondage and "other comparable sex acts." He blamed it on being drunk.

That said, if these are fake, which is a definite possibility, whoever leaked them fucking hates Armie Hammer. Like is trying to end his career and ruin his life hates him. Those aren't the only DMs being floated around either, there are a bunch of other very NSFW alleged DMs being spread around internet that you can check out here. His ex Courtney Vucekovich also reached out to the Instagram account Duexmoi to semi-confirm their truth...

Regardless of where this story ends up going, if I'm Armie, I'm denying everything. I'm not blaming it on booze, I'm not saying it was a joke or my account was hacked, I'm denying it. That's the only possible move here. It doesn't matter who you are, there's no coming back from cannibalism. None. I think KFC is doing a One Minute Man on this so be sure to keep an eye out for that, otherwise forget you ever saw this. Armie Hammer…yuck.