In an arrest affidavit, an FBI agent said that Brock’s ex-wife was among those who contacted the Bureau telling investigators, “I just know that when I saw this was happening, I was afraid he would be there. I think you already know he was there. It is such a good picture and I recognize his patch," the affidavit said. 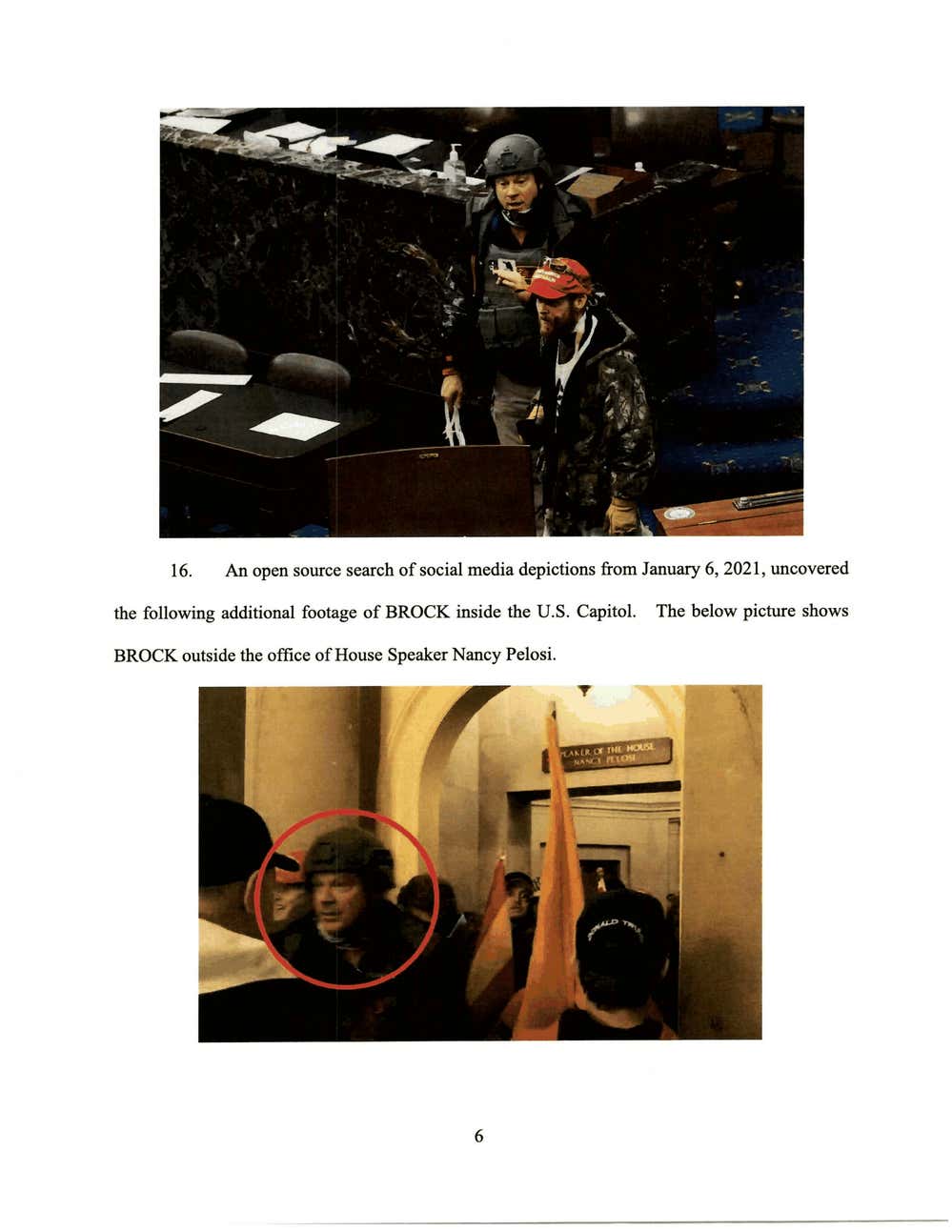 i don’t presume to know the ins and outs of this former couple. That being said, I can’t imagine they divorced on the best of terms.

Being the ex wife in this circumstance would be a THRILL. Sittin there just gabbing it up with the girls in the group chat and then you see a familiar face pop up because Lucy was looking online and saw Larry’s dumbass outside Nancy’s door.

“Judy, you aren’t gonna believe this. Is that fucking Larry?”

Judy looks. No. This can’t be. She puts her glass of Pinot Grigio down and looks for her glasses. She can’t find them. “KIDS! KIDS! WHERE IS MOMMA’S GLASSES!”

After searching for ten minutes, she puts her hands on her head defeatedly. Ha. There they are. On top her head.

“Where were they mom?”

Embarrassed, she doesn’t want to be honest. “they were in the garage, dear.” The garage? No one is believing that.

Judy returns to her IPad. It’s a 2012 model and struggling but it still works. She’ll need a new one soon. There’s no question about that.

“OMG YALL! ITS HIM! What should I do lol”

“TURN HIS ASS IN, QUEEN! Maybe there’s a reward?”

A reward? Hmm. Interesting. It’s worth a try.

“This is Steve at the FBI. How can I help you?”

“Actually, Steve. It’ll be I whom is helping you.”

Shouldn’t have said whom. It makes you sound pretentious especially when you use it incorrectly.

The lesson? Don’t do insurrection when you have an ex wife. You’re ass will be grass and the girls in the group chat will eat it up like it’s tortillas on taco Tuesday.