THE VERGE — Samsung is working on a robot that can pick up laundry, load the dishwasher, set the table, pour wine, and even bring you a drink. The robot is called Bot Handy, and Samsung says it’ll be able to recognize objects using a camera and AI.

The bot is meant to be “an extension of you in the kitchen, living room, and anywhere else you may need an extra hand in your home,” Sebastian Seung, president of Samsung Research, said during Samsung’s CES press conference today.

There's that quote about history: "Those who cannot learn from history are doomed to repeat it" (or "Those who do not remember the past are condemned to repeat it," depending on which Brainy.Quotes Pinterest board on Google Images that you trust.) You get the gist of it though— learn from the things that have happened in the past.

What about future things though? Things that haven't happened TECHNICALLY…but we've seen a LOT of movies about it? About this exact topic…all fictional, sure, but all ending the same way. Is there a phrase for that? Because I swear to God it's like these idiots have never seen even ONE of them, not any Terminators, not even the all-time classics like Eagle Eye with Shia LeBouf.

And that's how we end up with the Bot Handy.

This robot, "Bot Handy" is ostensibly to "help around the house" — doing the dishes, he laundry, setting the table, even pouring you a glass of wine.

Samsung says the robot will be able to assess the material that different objects are made of so that it’ll grab them with the right amount of force. It’s also supposed to be able to handle objects of varying sizes, weights, and shapes.

It's not just the hands though. What this "handy, functional" robot really needed was life-like eyes that change expressions and are supported by multiple cameras mounted on its body and a robot arm with a clamp-like hand that can swiftly crush your human windpipe.

Bot Handy is a tall, thin, black-and-white robot with two large digital eyes that change expressions as it moves around. The robot has a single arm that can pivot at three points — essentially a shoulder, elbow, and wrist — with a clamp-like hand at the end of it. There are cameras mounted on top of the robot’s body and hand for recognizing objects. The robot can move around the room on what appears to be a rolling base, swivel from side to side, and raise itself up to reach higher objects.

Looks like it's worth it though! — Now that the future is looking like a lot of working from home, productivity will be through the roof with a robot that can wheel you over a half glass of warm water at 0.25 mph, saving you the 4/4.5 foot walk to the sink, allowing you to regroup by standing in the middle of the living room, staring at nothing.

Here's some video of Bot Handy's hightlight reel of his summer workouts on Hudl, courtesy of Samsung: 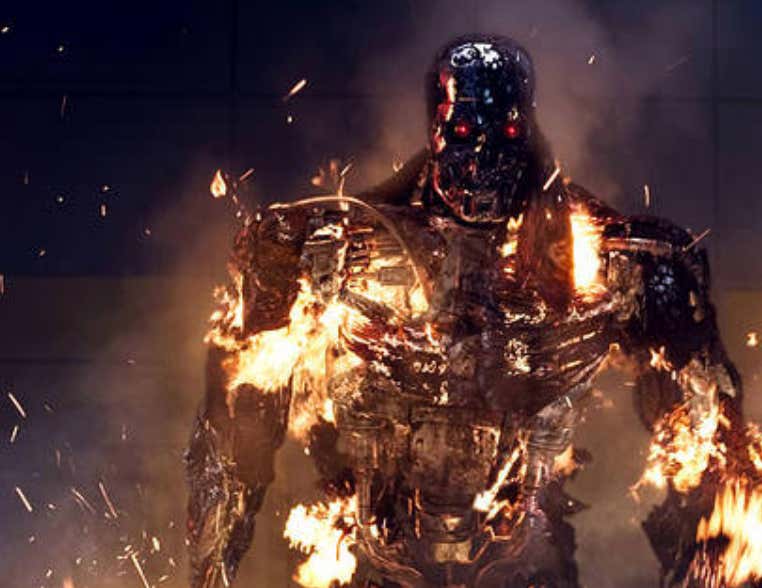 "Handy Bot grab me that bottle of Cab and a glass?"

Bright side, at least the world will finally end. Enough of the teasing!