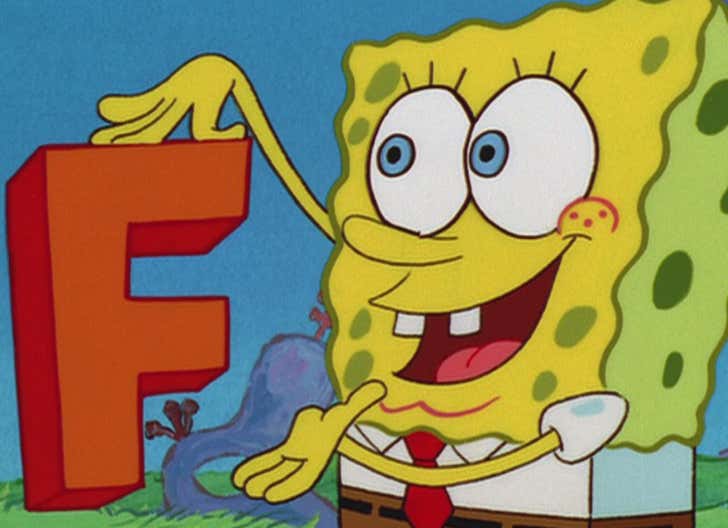 As my boss Coley Mick just wrote, this Nickelodeon broadcast is fantastic. I've enjoyed it mostly for the nostalgic reasons- 5 minutes into the game Nate Burleson dropped a Kenan and Kel orange soda reference and I lost my mind. I don't know how they realized Burleson would be the perfect color analyst for this game, but he's knocked it out of the park. Noah Eagle, Ian's son, has been fantastic, and the 3rd in the booth, young Gabby, has been a pleasant surprise. They've worked together with her perfectly, including her in the broadcast in a very natural way. All in all, I'm having a pretty good time watching it.

They almost had a flawless first half, and then…..

NOOOOOOO! So close!!!! Very surprised this game isn't on a 10 second delay on Nickelodeon, that was probably a mistake as we are still watching the NFL and someone could snap their leg in half at any given moment, or as we just saw, drop an F bomb right into the ref's mic.

But Nickelodeon need not worry. One little "fuck" isn't going to do anything to a kid, because this is the same network that aired "Are You Afraid Of The Dark", easily the most traumatizing television show to ever hit the airwaves. You'd be sitting there minding your own business, and then THIS would show up on your TV:

And everyone in the comments is cracking me up:

Everyone was terrified by that show. I couldn't watch it. This clown? Get the fuckkkkkk out of here with that! 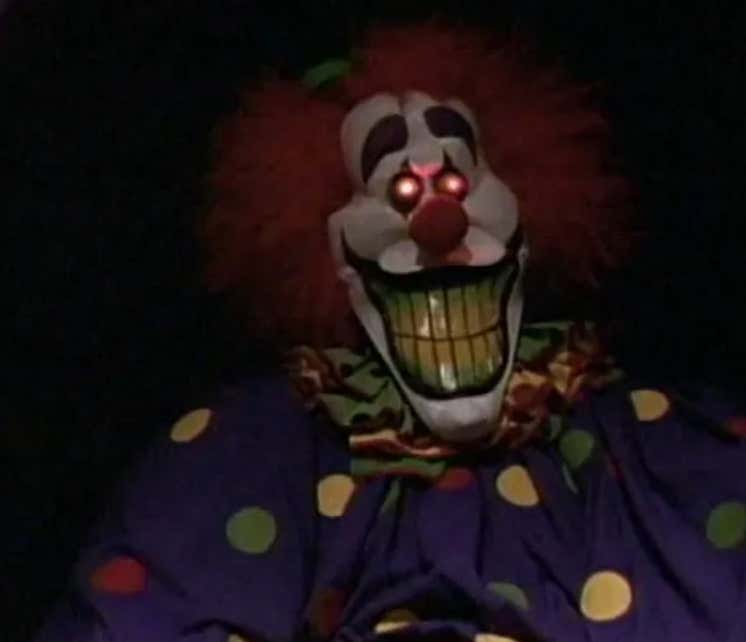 So hey, one f-bomb leaked through, but it could be much, much worse. All in all, great job by Nickelodeon. Legendary channel. So many great shows and memories. I could talk about it forever.