This past weekend I was in sunny Florida sitting around between the Ravens and Bears games when one of our friends asked if any of us had ever seen "the backwards bike" video.

I had no idea what he was talking about so he air played it from youtube to his tv screen. What transpired over the 8 minutes of watching the video rocked my fucking world.

If you watch the video above, you'll see engineer and scientist, Destin Sandlin, explain how our human brains create pathways when we learn things and how they are similar to roads. Roads we drive with our eyes closed essentially, not even consciously thinking about it once we "learn" the skill or behavior.

For an example he used one mostly everybody can relate to- riding a bike.

It's something that most of us learn at a young age and can do pretty easily for life. It's a real bitch to learn and it takes a lot of trying and failing to figure out, but once you've got it, you've got it.

You don't even have to practice it regularly. You can pick a bike up once every few years and you're good. Hence the saying, "its like riding a bike."

Well, Destin here mind fucked me so hard that it's three days later and I'm still feeling it deep in my plums.

Watching him flop around on the bike he reversed engineered the gears on made no sense. How could it be that hard? I assumed the guy was just an uncoordinated nerd.

Until my buddy dared me to try it.

"Wait you have one of those bikes?"

"Yah, I bought it right after seeing this video."

To his garage we went. It looked just like any other bike. Except that the handlebars were modified and had an extra gear on them. 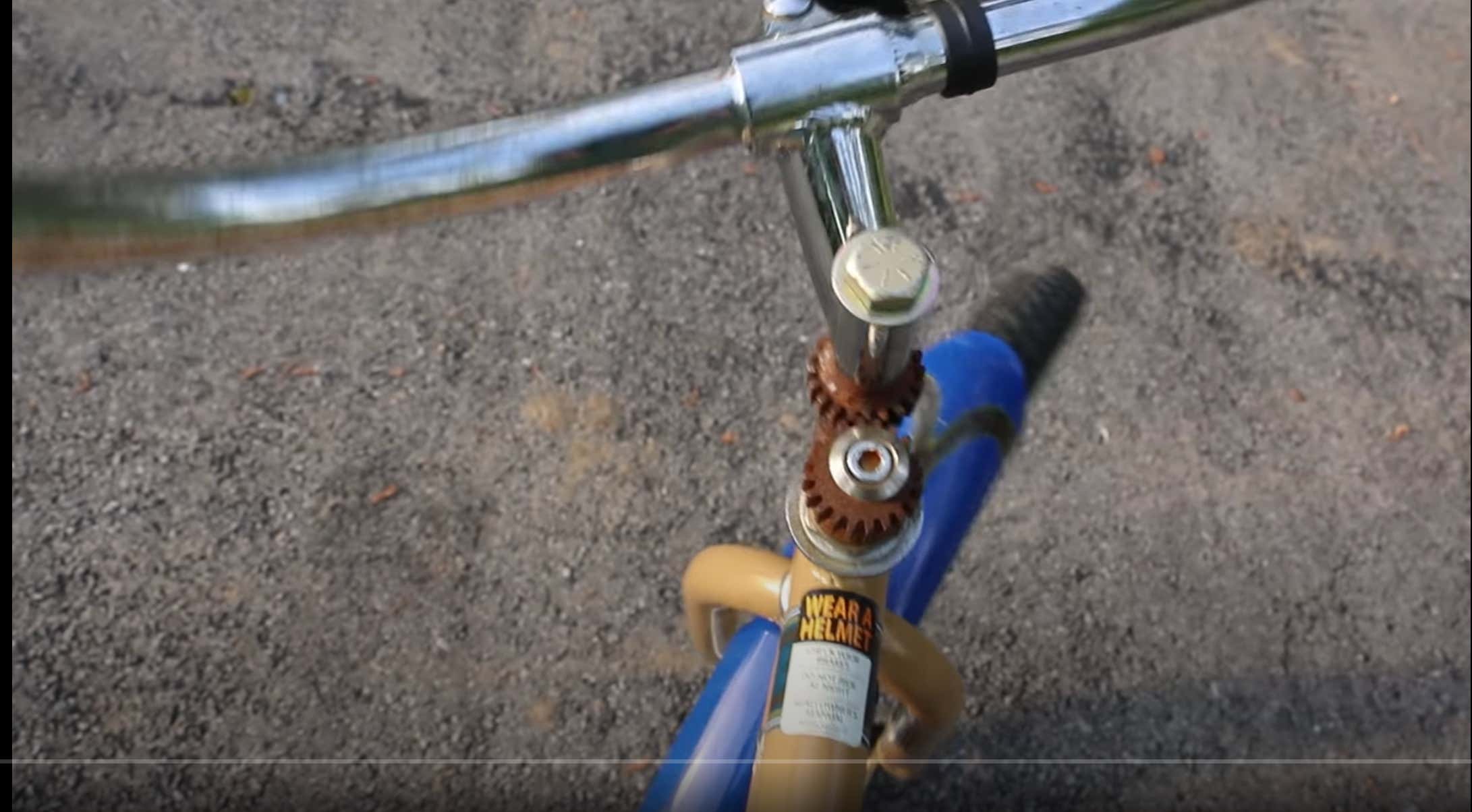 But it was inverted in every sense of the word. You turn them left and the front wheel turns right. You turn it right and it goes left.

Seemed simple enough. You tell yourself, "just keep it in the middle and peddle as fast as you can and just go straight". Right?

I tried fucking everything. Getting a faster start, starting in the middle of a turn just to keep it in one direction, everything. None of it worked.

I was shocked at how much you compensate for slight weight shifts when you begin building up momentum.

When I got off the bike I was exhausted. I was out of breath, and people will laugh, but my brain was tired. No bullshit.

It was fucking bizarre.

The friend who owns the bike, plays first base for the Cubs, and has better hand-eye coordination than 99% of most human beings, said it took him about 30 minutes to figure it out. Which went right up my ass sideways.

I took a break and then tried again about 15 minutes later. No shot. I was equally frustrated and tired.

I went back and watched the video and its fuckin crazy how complex the human brain and learning is.

The most mind-boggling part of it all might be that once you learn how to ride the backwards bike, you have difficulty riding a normal bike. Which my friend attested to.

I couldn't order one of these bikes fast enough and can't wait until it shows up so I can bring it to the Chicago office and bet White Sox Dave he can't ride this thing in a day. And film the whole thing.

p.s. - I did some reading on this entire thing and it turns out there's actually an age gap/generation gap thing scientists are studying that involves this whole "inverted" learning. And it's most prevalent in gamers.

“When we use a controller, we’re interacting with a fairly complex, and highly adaptable, tool,” says Dr Ross Goutcher, a psychology lecturer at the University of Stirling. “We know that the human brain is highly adept at using tools and that it adapts to tool use. For example, holding a stick changes the way the brain responds to its peri-personal space – the space just outside of an arm’s reach – remapping the areas considered ‘out of reach’. This is consistent with the sense we have of a tool being like ‘an extension of your arm’ when we are sufficiently adept at using it. Thus, I think that learning to use a controller with a sufficiently high degree of skill is likely to involve the development of a fairly ingrained mapping between input and expected action.” In short: it’s not just that you have a casual preference for inverting the Y axis; if you started out on inverted controls, you’ve developed a range of skills that absolutely rely on inversion.

But habitual use is not the only possibility. Inverting or not inverting may also involve differences in spatial perception and the interpretation of information on a screen. One theory involves how the player perceives their relationship with the character or vehicle they are controlling.

So one way of interpreting this could be that the non-inverters are fully inhabiting the avatar as a body, while the inverters are controlling it as a vehicle.